Crossing The Stream: The 6 Best Anime To Catch On Netflix So Far

When it comes to anime, Malaysia sure has come a long way from buying expensive VHS cassettes and DVDs and even paying Kota Raya-branded pirated copies and reprints. Ever since video streaming services have popped up for the internet to consume, there are a ton of shows that are making their way to Southeast Asian shores. They’re so big and popular, even long-standing cable channels like Animax have updated theirÂ business model to keep up with the times.

To celebrate the deluge of anime coming into Netflix, arguably the most-used video streaming service in Southeast Asia, Kakuchopurei has gathered its top anime picks on the service. From Netflix exclusives to legacy series, here they are. 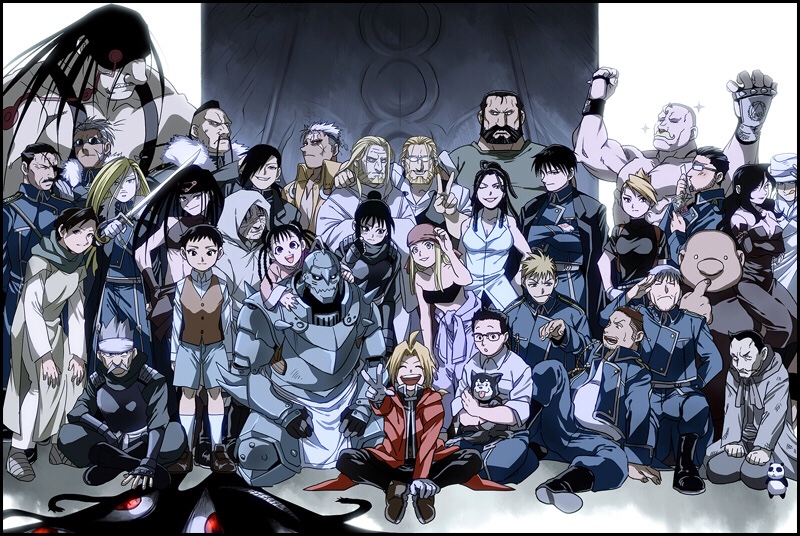 In case you haven’t heard, there’s a live-action Fullmetal Alchemist film out on Netflix. Don’t watch that: it’s a film that’s all over the place with its plot, its recreation of the source material is laughable, and the new adapted key points fall flat in the climax. Instead, you should watch Fullmetal Alchemist: Brotherhood, which is a 64-episode recollection of the trials and tribulations of alchemist brothers Edward and Alphonse Elric.

In an effort to bring their mother back from the dead, the siblings paid a terrible price: Edward loses his left leg and right arm, and Al’s soul gets stuck in a giant armour set. After being declared stateÂ alchemists by the world’s government, and after Ed gets a cool set of metal prosthetics, the both of them set out to discover the true nature of a material known as the Philosopher’s Stone.

You get the sheer joy and thrill of watching them uncover a giant conspiracy and fight with alchemic powers in 64 episodes of anime awesomeness. Binge this series instead of watching the 2-hour live action dreck; you won’t regret it. 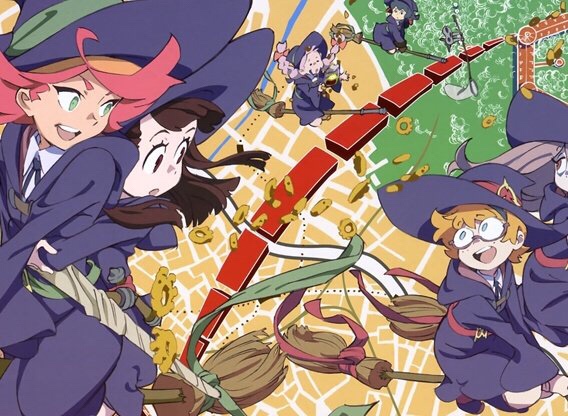 Ever wonder what happens if someone took the Harry Potter novels, made everyone almost female, and then add in over-the-top action scenes involving mythical creatures and spellcraft? Studio Trigger did, and they created the Little Witch Academia series.

You probably have seen Studio Trigger’s work in the epic Gurren Lagann series and the over-the-top-yet-trying-too-hard Kill la Kill. Little Witch Academia is a tad low-key with that, opting to focus its story on central heroines Akko, Lotte, and Sucy. Because of the success of the standalone films, we’re treated to 26 episodes of madcap family-friendly witch and spellcasting action.

The aforementioned trio are a loveable bunch of misfits. Akko is way too impulsive for her own good, but she is endearing and driven. Lotte is meek but ever-helping and supportive. Sucy is cynical but crafty and smart. Even the antagonists like Diana and side witches like Ursula and the other trio of Amanda, Constanze, and Jasminka have their own loveable quirks and fair screen time.

What’s cool about the 26-episode show is that it expands fully upon the lore and world of the previous Little Witch Academia films, giving fans what they want while also enlightening newbies to a fun-filled anime that’s a slight cut above the rest.

B: The Beginning (Netflix Exclusive) 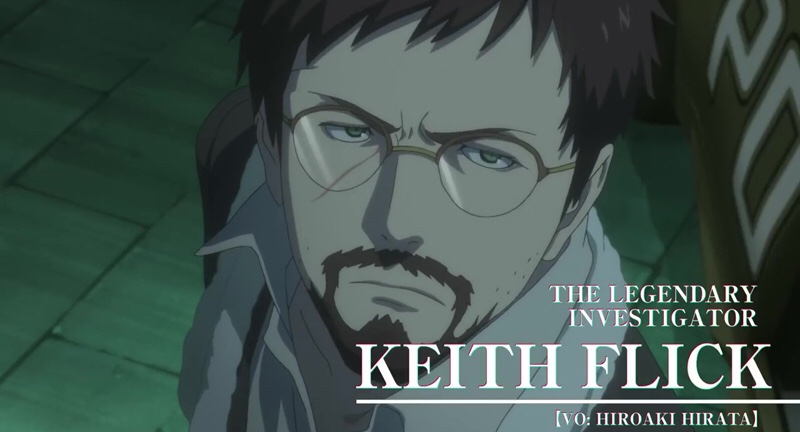 In The futuristic city of Cremona, crime runs rampart. B: The Beginning is focused on the many lives involved and revolves around the Killer B case. We have the plucky Koku, the non-nonsense high-level Detective Keith, and the supportive Lily, plus a boatload we can’t spoil.

All we’re saying is that if action and investigative drama is your thing, or if you need something else apart from Psycho Pass to get your crime jollies, you can’t do no wrong with this series. 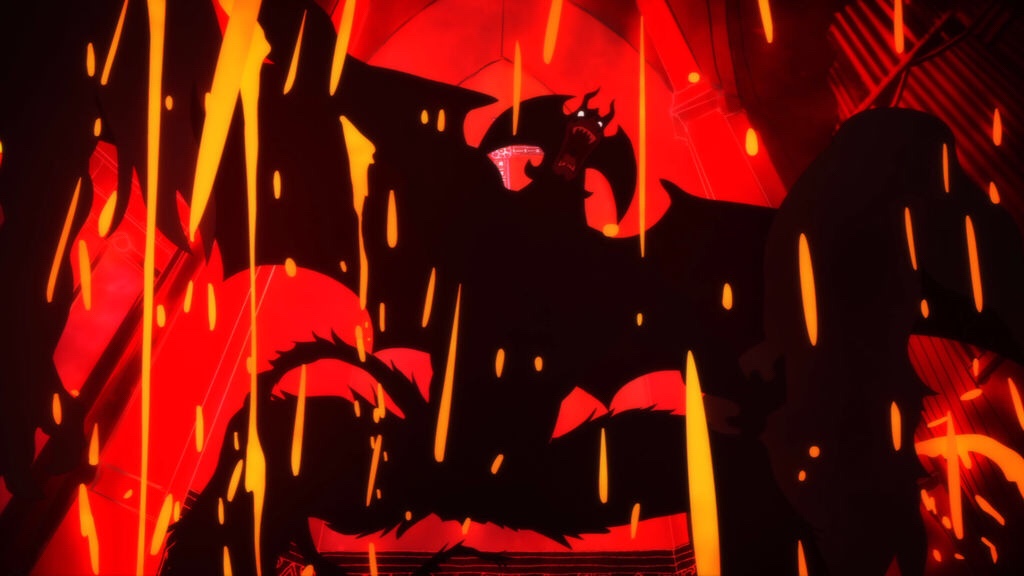 If you’re familiar with the Devilman comics from Go Nagai back in the 60s, this retelling is essentially a modernized version of it: Akira gets devil powers from some demon powerhouse called Amon and fights evil. Along the way, Akira’s parents and his childhood friend Miki get involved, and his best friend Ryo may not be what he seems.

The retelling is more or less that, but with trackfield running, nightclub raves disguised as demon feeding grounds, and an esoteric-if-fascinating direction and art style of up-and-coming anime auteur Masaaki Yuasa. Within 10 episodes, you get to see the off-kilter friendship between Akira and Ryo, Miki’s kind nature that perseveres through the film’s descending madness, a subplot with her jealous-driven best friend Miko that comes full circle, and a lot of gore. Lots and lots of gore and maimings and beheadings and body horror. We can just make a separate article just on those “highlights” alone.

It’s not the best remake, especially if you’ve seen the late 90s OVAs. However, Devilman Crybaby is entertaining and all kinds of messed up if this is your first Devilman experience. It can stand on its own two feet as a good thrill ride into a visual-laden feast for the eyes. Just get ready for some messed-up moments. 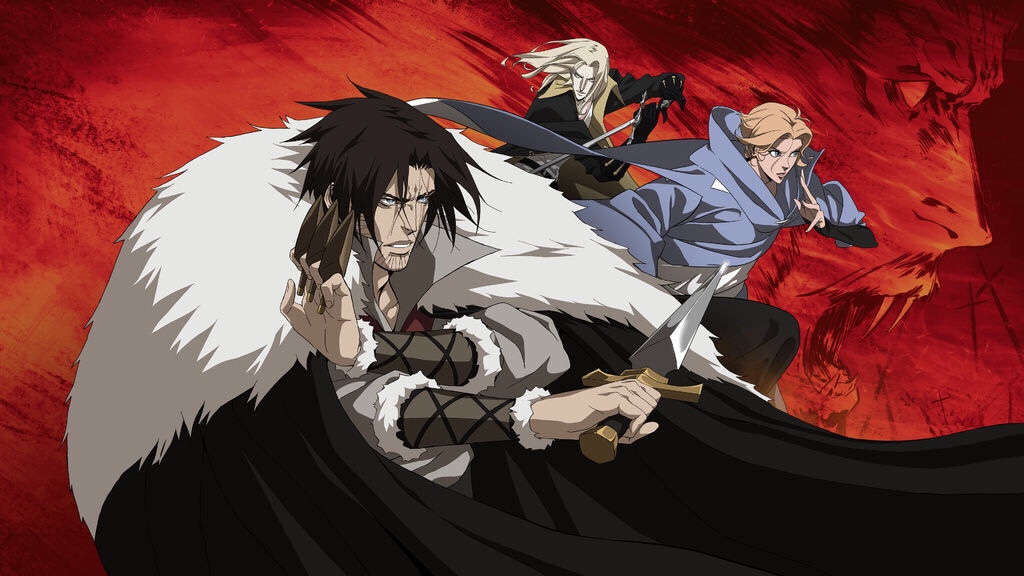 This long-time-coming show from Warren Ellis since the late 90s has finally seen the light of day. And by god it is bloody; bloody and fun.

It’s also awfully short, but as a series that bridges the first half of Castlevania III, it is lovely. From Richard Armitage’s snarky-yet-hardy Trevor Belmont to the awesomeness of James Callis’ short-but-sweet Alucard stint, the cast truly shines in this anime adaptation of a video game classic. Come for the promise of a more-than-decent game adaptation, stay for the writing and fighting. 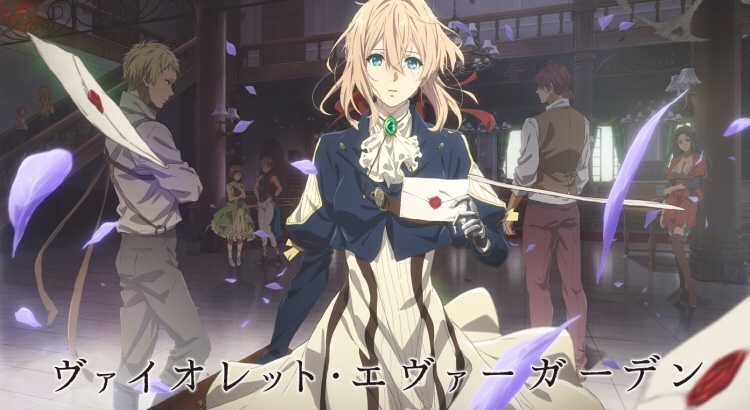 Violet Evergarden is what happens when you take the 18th century, toss in a bit of steampunk, and add in large doses of Blade Runner. But instead of the cliched noir and action show expected from such a mishmash, you get a coming-of-age tale of a former military doll (this world’s term for “android”) named Violet who attempts to reintegrate into society after the war.

She does this by taking a job in letter-writing, while also trying to decipher the meaning of the words “I love you” from her former boss. The show so far goes to familiar-yet-charming directions: she literally does her work with less panache but eventually gets the hang of conveying thought and emotion thanks to the help of her former war subordinate and her letter-writing colleagues.

But there’s such an innocence and try-hard attitude to the main character herself, Violet, that’s just so endearing that you want to root for her. If you’re spent from all the action and drama offerings above, cap it off with some episodes of this slice of life affair.

That’s our definite list for now. If you have any other recommendations, let us know here! Or on our Facebook page!

Summer has come along and with it are plenty of new anime debuting for the first time. Highly-anticipated shows finally get their time to shine, but y...

E3 2021 week is pretty much done and over with, but you can still join in the festivities. All those games you saw in the press conferences? You can p...