World of Warships Return to the Stars in April

We can’t think of a better way to start this news piece with the theme song from the classic cartoon, Space Battleship Yamato cuz that’s exactly what is in store for all World of Warships players for the upcoming month.

While some devs stop short with their April Fool’s prank with absurd ideas related to their game, the folks at Wargaming.net went full steam ahead and made the unthinkable possible with release of the limited-time space mode for their free-to-play game, World of Warships. What started off as a left-field idea is now available to play and is definitely a fitting homage to one of our favorite cartoons from the mid-70s.

Running from March 29 to April 25, this special April Foolâ€™s release goes beyond sea skirmishes and historical battles and went totally bonkers with space battles on board futuristic crafts which were inspired by real-world warships.

â€œWe always strive to keep the game focused on history, but at the same time we are very open to bringing interesting collaborations and events into the game to entertain our players. Our community means the world to us and we always endeavor to treat it with the respect it deserves,â€ said Artur Plociennik, Executive Producer of World of Warships.

â€œWhen trying something new, we always keep in mind that weâ€™ve got quite a dedicated fanbase following our every move. We have to set the bar high for ourselves and then check with the community whether itâ€™s high enoughâ€”which is why weâ€™re letting them give us their feedback for this new mode.â€ he added. 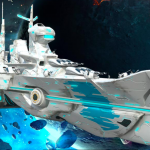 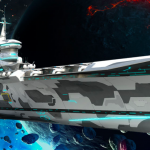 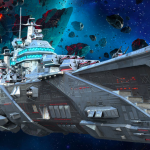 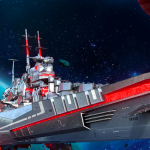 Our only gripe tho, that none of these ships in the mode were directly influenced by the original Yamato which would have been super epic. However, it is understandable that in order to avoid any potential copyright issues related to the original cartoon, such move was avoided. For now, hopefully. But it does not stop us from going “UCHUUUUUUU SENKANNNNN YAAAAAA MAAAAA TOOOOO!”

For more info on the World of Warships limited-time event and also to try out the base game itself, head on over at their official website here.

Feature,News
The Batman Ending & Post-Credits Explained: What To Expect From A Sequel

Matt Reeves' The Batman is finally here, and what a movie it is (check out our non-spoiler review here). A lot of stuff happens in the near 3-hour run...

News
RGG Studio Is Working On A New Non-Yakuza IP

Ryu Ga Gotoku Studio (RGG Studio) has been on a roll for the past few years with Yakuza Like A Dragon and most recently, Lost Judgment. According to a...