Picking your main hero in Overwatch is never easy. It entails finding the hero you are comfortable, in-tuned and resonate with the most, bundled into one. Which got us thinking; what’s the hero picking trend in the SEA region? Do we jive with the global pick rates or do gamers over here have our own preference?

In first of (hopefully) many more similar articles, we approached an Indonesian-based Overwatch group on Facebook and asked their members; which hero do they main? Based on the results obtained, we divided the 28 heroes into four groups – Headliners, Supporting Casts, Extras and ‘Lamp Post’ – deciphered and compared the local trends against data pulled from one of the leading Overwatch stats hub, Overbuff.

Without further ado, here we go. 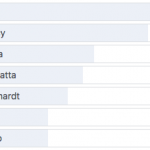 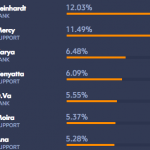 Apart from a minor shuffle in placements among the top seven most picked heroes, there’s little to separate when it comes to hero popularity. Indonesian players aren’t huge fans of Zarya but are more support-oriented with five out of all six support heroes making the top seven. D.va is the most popular tank while Mercy is by far the most preferred support hero. Interesting to see Moira being up there though. A Moira main on my secondary account, I suspect her blend of offense and support makes her a very interesting proposition.

To call these heroes ‘easy to use’ would be a gross judgement as high-tier heroes such as Zenyatta and Ana also occupying the top seven.

Supporting Casts:Â We’d be headliners if our surnames weren’t ‘Shimada’. 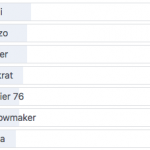 In all seriousness though, ‘Supporting Casts’, as the name suggest are niche picks consisting of skill-based characters. McCree, Genji, Widowmaker, Pharah and Roadhog all require some degree of mechanical skill while Hanzo’s pick, we suspect is attributed to his tank and shield busting kit to counter the likes of Reinhardt.

Now this is where things get interesting. Globally, offense heroes dominate positions 8-14 with the Shimada Bros and McCree leading the picks. Brigette’s hybrid role as an anti-dive probably contributed to her high position while the situational heroes such as Widowmaker, Pharah and Roadhog make up the rest. For Indonesian gamers, it’s all DPS with the likes of Tracer, Junkrat and Soldier 76 making up the top 12 most picked heroes. Surprisingly though, no McCree – who made it quite higher in the global ranks. But in quick summary, more Indonesian players prefer high burst damage heroes

Extras: We matter … in situations. 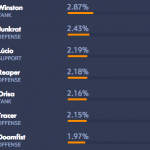 For positions 15 -21, global players go with situational picks and McCree finally make an appearance on the Indonesian side of things. Situational heroes are called for specific situations. Winston to dive, Junkrat to spam choke points, Reaper to bust tanks and Doomfist to break the enemy’s formation. Pharah and Reaper are surprisingly not very popular amongst Indonesian gamers considering their earlier preference for Junkrat, Tracer and Soldier. 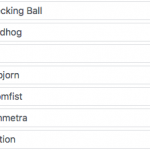 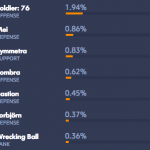 These are the unpopular kids. The insta-lock Symmetras and Bastions. These are the ones who are most likely toÂ  be listed under the ‘avoid teammate’ category.Â Not meta? Screw the meta! Recently nerfed? I. Don’t. Care. We are attacking on Hanamura? Torbjorn it is!

Not much left to say except that they are here to stay and have all the right to play the game; just like you and I.Â (that ‘Avoid Teammate’ button is just a click away!) We kid, we kid!

So what do you think? What’s your Overwatch hero main and how does it compare to the global rankings? Also, are you an Overwatch player from other SEA countries and would like to see us run the same tests as above? Just give us a holler in the comments section and with enough prompts, we may just give it another shot.

Lastly, a special thank you to Overwatch Indonesia Community for being part of this mini experiment.

If yesterday we previewed the North American teams in the play-offs of Contenders Season 1, today we are going to focus on their European counterparts...

Esports,News
The Commonwealth Esports Championships 2022 Held In Birmingham: A Recap

In case you missed it, Bandai Namco has announced that Ivy Valentine and some guy in a white cloak will be in Soulcalibur VI. Here's a trailer for you...