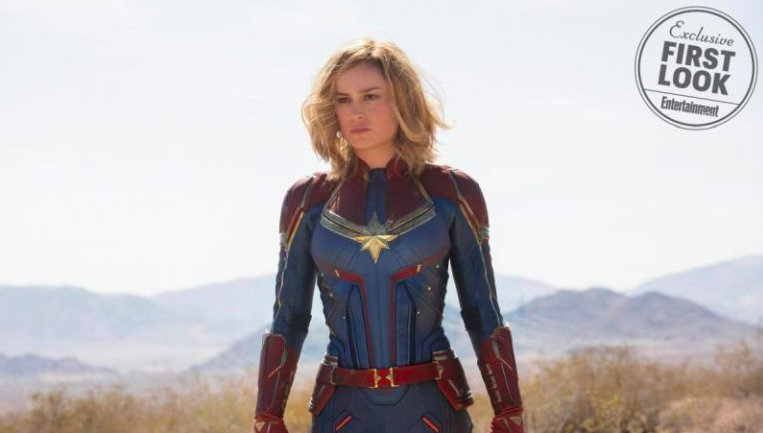 Disney and Marvel recently, via Entertainment Weekly unveiled not only Carol Danvers’ Captain Marvel suit, but also the official photos and set pics of their upcoming feature film featuring another alumni from Edgar Wright’s Scott Pilgrim vs the World, Brie Larson as the title character.

In case you’ve been living in a cave the movie is set for release next year in March and tells the origin story of Earth’s strongest superhero, and possibly the Avengers’ only chance of defeating Thanos.

What We Know So Far

Every games and entertainment media worth their salt have detailed on this so we are just going to keep it short and simple:

1. The Return of Alexander PierceÂ

Killed in Captain America: Winter Soldier, the S.H.I.E.L.D top brass who was also an undercover Hydra Agent, Pierce (brilliantly portrayed by Robert Redford) may make a cameo somewhere in Captain Marvel, especially during the part where we see Nick loses his eye.

We won’t be surprised to see a revelation on how he secretly played a crucial role in recruiting Carol Danvers into the program that granted her superpowers, nor the fact that they initially wanted to make her the ultimate Hydra soldier.

2. Skrulls Were On Earth For More than Just A Facelift

We know that the main baddies in the movie are the Skrulls hence the possibility of seeing huge chunks of it involve retelling on how these aliens worked closely with Hydra in infiltrating S.H.I.E.L.D. Just like how the history of Wakanda portrayed extraterrestrial involvement in the development of their otherworldly technology, viewers can expect the same treatment, except it involves more of the Kree, Skrulls, Hydra, and S.H.I.E.L.D.

3. The History of Ronan … before he went on accusing folksÂ

Expect to see a quick 101 on the Kree-Skrull war and how Ronan turned from being one of the good guys into a Thanos underling as seen in Guardians of the Galaxy. It would be an interesting retrospect as viewers may end up witnessing a fighting scene that sees Mar-Vell, Carol Danvers and Ronan fighting on the same side. Also, the origin of his ‘The Accuser’ monicker will be explored.

4. Blizzard to Release a Captain Marvel-themed Skin for Tracer in Overwatch

If you read the origin history of Captain Marvel, she shares a similar story to a very popular video game character who also received her powers via a military test mishap.

Yep. Tracer. After surviving the mishap from testing of the Slipstream teleporting fighter, Lena Oxton was granted time-jumping/ blinking superpowers due to ‘chronal disassociation’.Â  Using her newfound superpowers to do good, Tracer is pretty much the video game reimagining of Carol Danvers.

So what else did we miss out? Think you have a cool theory on Marvel’s Captain Marvel? As usual, the comments section is right down below. Plausible theories may even be included in an updated version of this article!

Upcoming 2D Platformer Looks Beautiful But Resembles Cuphead Too Much

Guess How Much The Sonic Movie Redesign Cost Paramount?

by You Can Buy Your Captain Marvel Tickets Tomorrow & Watch It A Day Early In Malaysia – KAKUCHOPUREI.COM in February 13, 2019
Reply

[…] keep yourself up to speed, here are our recaps and thoughts on Captain Marvel and her Hot Toys equivalent so far. In fact, we’ll have something Marvellous out next […]