This review is courtesy of the awesome gaming website Frags of War. Check out their strategy game reviews & features at fragsofwar.com

Bad North, by new indie studio Plausible Concept, is a real-time tactics game that was released as a timed-exclusive on the new Discord Store. It takes the core concepts of a strategy game to present a fresh new take on the tactics sub-genre. Read on for my review of Bad North.

What is Bad North?

Bad North takes inspiration from a couple of places. It has elements that borrow from roguelites and tower defence game. As a real-time tactics game, it takes the simple premise of defending an island, and expands that into a replayable and procedurally generated single-player campaign.

The single player campaign is made up of a series of islands that you must protect against viking raiders. As the viking longship roll up against the tile-based island, youâ€™ll have to move your units to the landing tile to defeat the vikings.

Hence the tower defence like gameplay sans towers. On each island, there are a bunch of houses. If the vikings manage to burn down all the houses, itâ€™s game over. 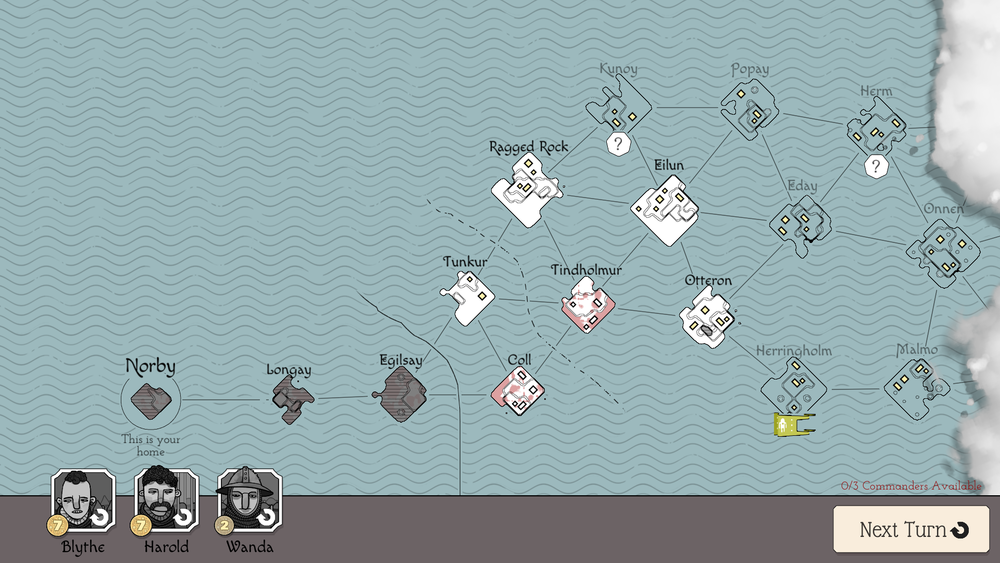 You start all over again when youâ€™ve lost, which is the roguelite element. The problem here is that unlike a traditional roguelite where there is some form of memorisation so that you do better in the next run, Bad Northâ€™s procedural nature means you wonâ€™t be able to play the same scenario again.

But there is definitely some element of luck involved here. Throughout my playthrough of Bad North, Iâ€™ve found the difficulty of each new island can be quite inconsistent. You might come across an island further down your campaign that simply isnâ€™t as challenging as the previous islands.

Perhaps this is the gameâ€™s way of giving the player a break from the frantic action and difficulty. Or maybe it comes down to issues with the randomness of the levels not working quite perfectly.

There are branching paths throughout the campaign that sometimes reward you with rare items that give your units a buff.

As youâ€™ll be facing greater odds in later levels, getting the rare items helps to give you a small advantage.

Bad North doesnâ€™t have a huge variety of strategic depth. In terms of the different units you have and will face or the abilities you can use.

But what it does well is in using the limited scope of rules and units to offer a wide range of challenges. 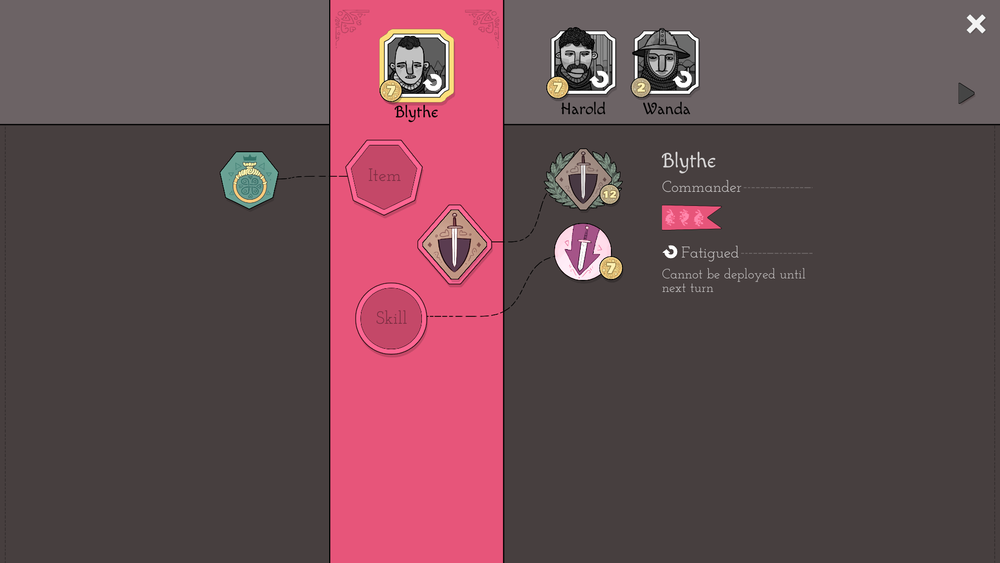 There are three types of units you can upgrade to get:

The main backbone of your army. Perhaps the most versatile and most useful for most occasions. Swordsmen have shields that protect them against arrow volleys from enemy archers. They are great for offense or even defending a tile.

These guys have long spears that make them perfect for defending a tile. As long as the enemy doesnâ€™t get to get close to them, spearmen could decimate countless vikings that dare to land on your island. They are susceptible to arrows though so keep them away from enemy archers.

A very limited use, or rather you could say, specialised use unit. Archers are bad in melee combat, they canâ€™t defend themselves and are challenging to use well. Place them on high ground to pepper the vikings with arrow before theyâ€™ve even landed on your island. Their special volley ability is an excellent last-ditch life saver to even the odds out when youâ€™re losing. 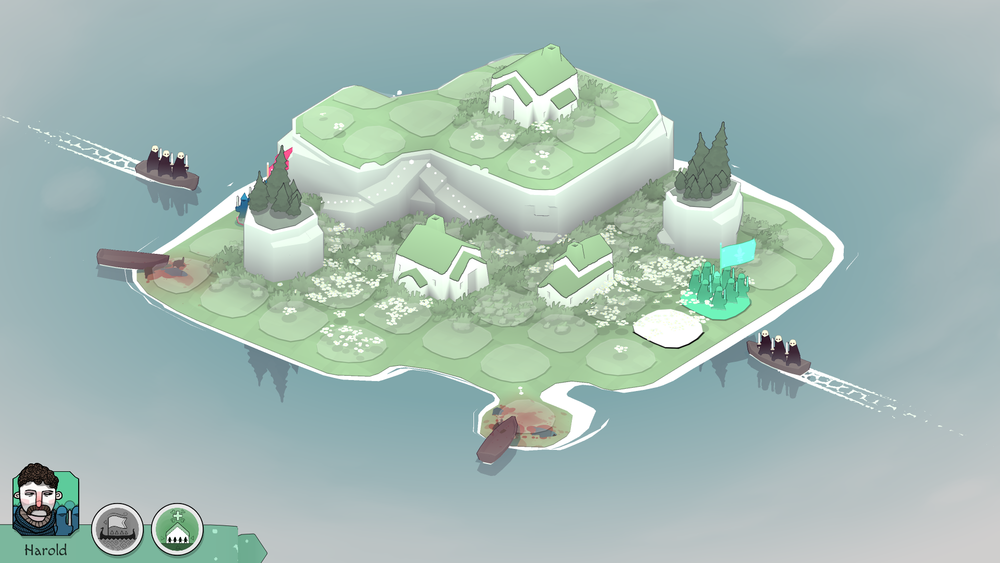 The combination of units and enemy types youâ€™ll face give your greater variety of challenge. It has to be said, another element that impacts your tactics are the procedurally generated islands themselves.

In the beginning, the islands are pretty straightforward. Flat relatively square land. But as you progress through the campaign, Bad North starts generating some interesting terrain.

Islands begin to have multiple tiers of hills with chokepoints. There was even this one island I played that was essentially like a puzzle on itself, with unreachable areas and strong chokepoints. 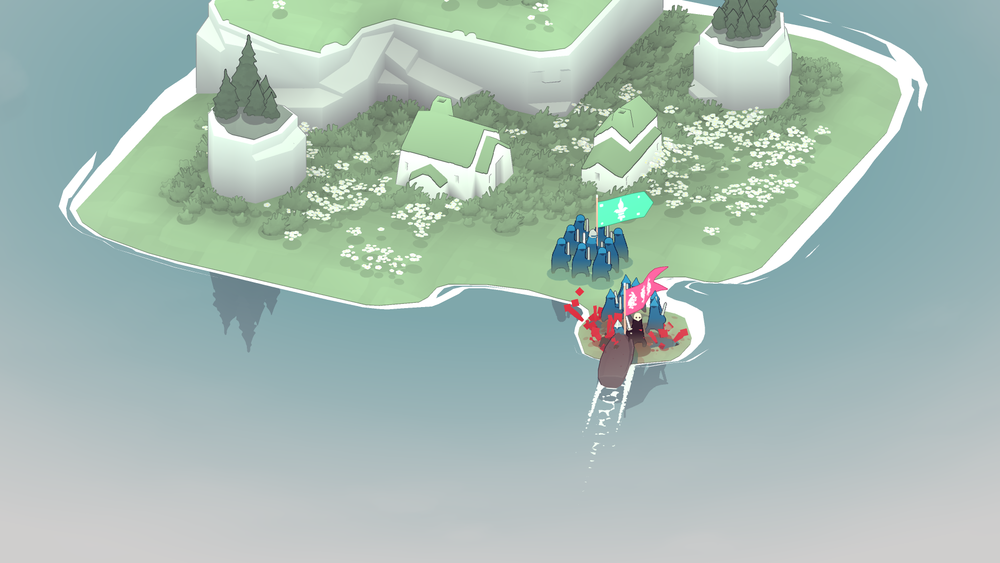 While youâ€™ll die many times, it never crosses the frustration threshold for most strategy gamer. Because the islands and much of the game is procedural, thereâ€™s no memorisation of levels and rethinking tactics for specific islands. Youâ€™ll simply have to rethink how you use your units better to face the combination enemies.

Bad North is an absolutely beautiful game. The way the waves crash into the beach, the raindrops on the water, the vegetation swaying to the wind… everything looks phenomenal in a minimalist way.

That minimalist aesthetic goes beyond looks though as Bad North keep to a basic gameplay mechanic with just the right amount of variation with its procedural islands and combination of units.

Itâ€™s not going to replace your go-to strategy game, but itâ€™s the perfect in-between games that you hop in to get a couple of rounds in. In short, a great game for short bursts. You can get it from the Discord Store here.

News
Wolfenstein: Youngblood Gets Its Biggest Update Yet

One of the biggest problems in Wolfenstein: Youngblood was that it had a really short main campaign. It took me less than 10 hours to beat it and to m...

It's been a while since the Marvel Cinematic Universe has released a movie that introduces a brand new hero and his/her/their origins. The last was 20...