Black Panther Wakanda Forever Is A Tale Of Grief & Legacy

At the heart of Black Panther: Wakanda Forever lies a story about grief. What comes after loss? Grief, anger, regret, but most of all, love. This movie is a tribute to the late Chadwick Boseman; not only to the legacy he left behind but also to his iconic character. It mourns his passing but also celebrates his life.

This movie is ultimately about what it means to rise beyond grief and overcome it in order to move forward. Just like 2019’s Spider-Man Far From Home asked who the MCU’s Spider-Man is without Iron Man and resulting in this universe’s version of Spidey growing into his own, Black Panther: Wakanda Forever asks the same of the Black Panther and Wakanda in the absence of T’Challa.

A Tribute To His Legacy 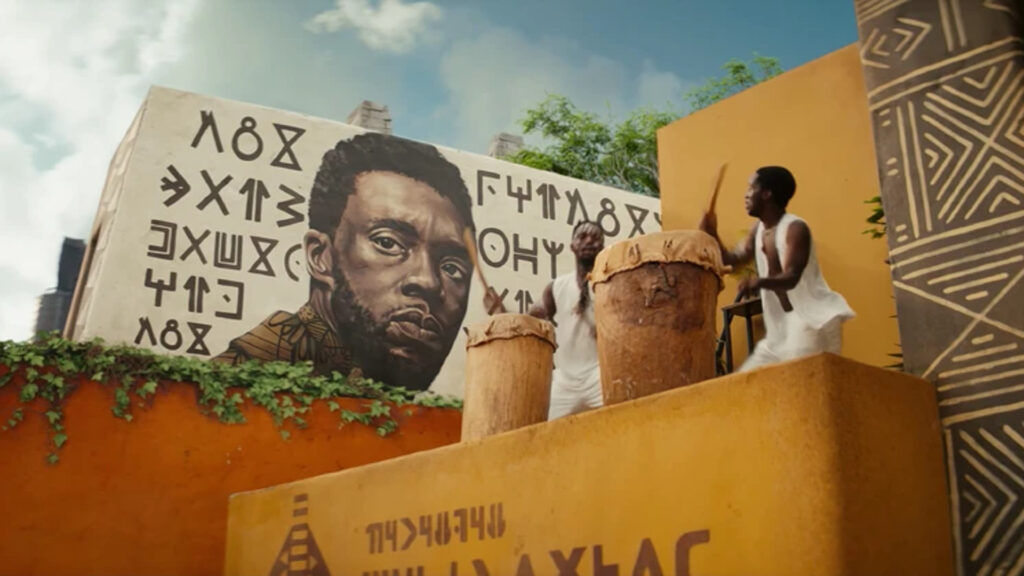 At the beginning of Black Panther: Wakanda Forever, we find Wakanda in grief, just as the real world was when news broke of the late’s Chadwick Boseman’s passing. The movie is sombre, but that means that the emotional moments hit all that much harder. I won’t lie, the opening moments of Black Panther: Wakanda Forever is heartbreaking. However, this is still a movie that’s roughly 2 hours and 41 minutes long, and as a result, the movie’s pacing does suffer a bit especially in the middle. Some scenes feel draggy because the movie is burdened with introducing many new elements to the MCU, including Talokan (the MCU’s version of Atlantis), Namor (Tenoch Huerta) and his origins, as well as Riri Williams (Dominique Thorne) AKA Ironheart (who is set to receive her own Disney+ spinoff series in the future).

All this setup is great for the future of the MCU, and some scenes feature exciting easter eggs and references for fans. I won’t spoil anything from the plot; it’s best to go into Black Panther: Wakanda Forever without any prior knowledge, and that’s partly because the movie’s narrative is a bit predictable, though there are still a few surprises here and there. For instance, Talokan is almost nothing like the Atlantis from Marvel Comics, so even comic book fans will find something new to chew on there. 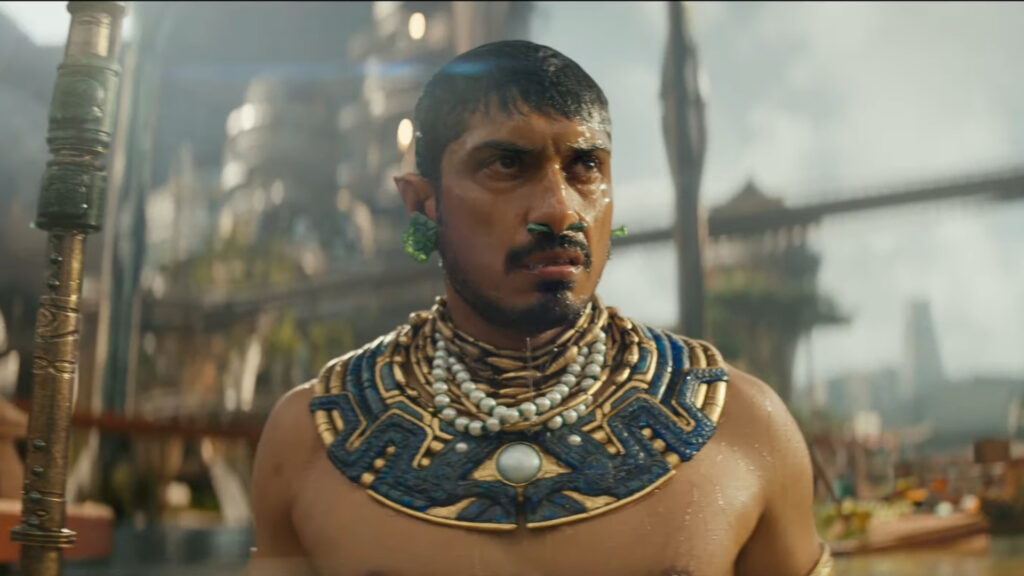 Director Ryan Coogler has definitely improved on his action scenes and fighting choreography from 2018’s Black Panther. The battle scenes and setpieces here have more impact, not only from the increased emotional context but also in overall quality. One of my favourite scenes in the movie doesn’t even feature the Black Panther; it’s an intense and grounded hand-to-hand combat sequence between a spear-wielding Okoye and several Talokanil soldiers.

With the absence of the late Chadwick Boseman’s T’Challa, it’s up to the rest of the remaining cast, and new ones, to step up, and I’m happy to say that they did. The supporting characters here deliver great performances, including comedic moments from Winston Duke’s M’Baku and the various Dora Milaje such as Danai Gurira’s Okoye. The MVPs of the movie are Letitia Wright’s Shuri and Angela Bassett’s Queen Ramonda, both of whom deliver powerful dramatic performances, which is appropriate considering T’Challa was their brother and son, respectively. They form the emotional crux of the movie. 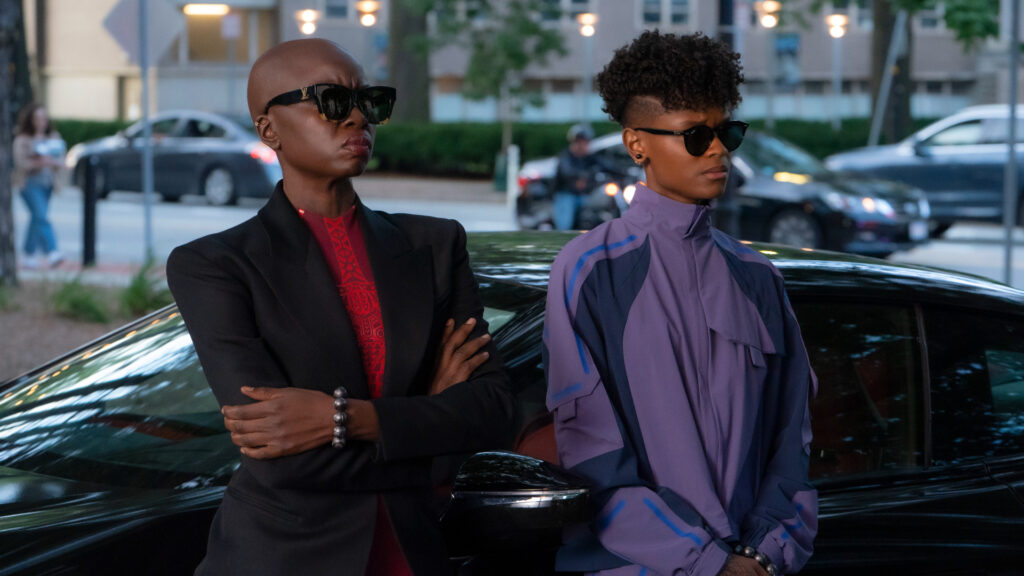 As for Tenoch Huerta’s Namor, he’s an intense and menacing character with a commanding presence. He has the potential to be another great character in the MCU canon and best of all, he feels and looks just as smugly powerful as his comic book counterpart, which is great. On the other hand, Dominique Thorne’s Riri Williams might be a bit more divisive because she’s just another young character with a feisty or spunky personality. We need to see more of her (hopefully in the upcoming Disney+ series) before we can definitively say if she’ll be a good addition to the MCU. Right now I’m still not convinced she has what it takes to replace Iron Man.

Black Panther: Wakanda Forever’s soundtrack and musical score are also one of the movie’s highlights, which often can’t be said about the usually more generic-sounding OSTs in other MCU movies. Ludwig Göransson returns as the composer, and this time he brilliantly mixes African-inspired music with that more unique-sounding instruments and chants to reflect Namor and Talokan heritage and culture in addition to that of Wakanda. One highlight is how he makes the Talokan people sound eerily like mythical sirens.

An Elegy For A King 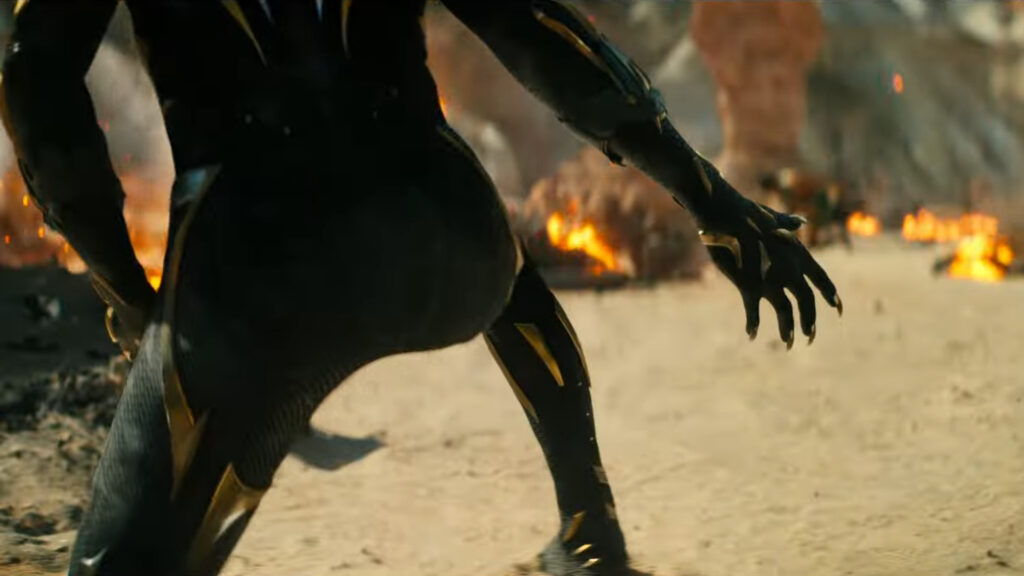 Black Panther Wakanda Forever is the last movie in the MCU’s Phase Four, capping a series of films and TV series which began with 2021’s Black Widow and WandaVision. It’s arguably one of the better movies in the uneven Phase Four, similar in quality to that of Shang-Chi And The Legend Of The Ten Rings and a lot less like the lacklustre Eternals. It’s still worth watching, especially if you’re an MCU fan.

PSA: Don’t forget to wait for the mid-credits scene. There’s only one for Black Panther Wakanda Forever.

The Apex Legends Genesis Collection Event kicks off on 29 June 2021 and will run until 13 July 2021. Players can conquer the classic Kings Canyon a...