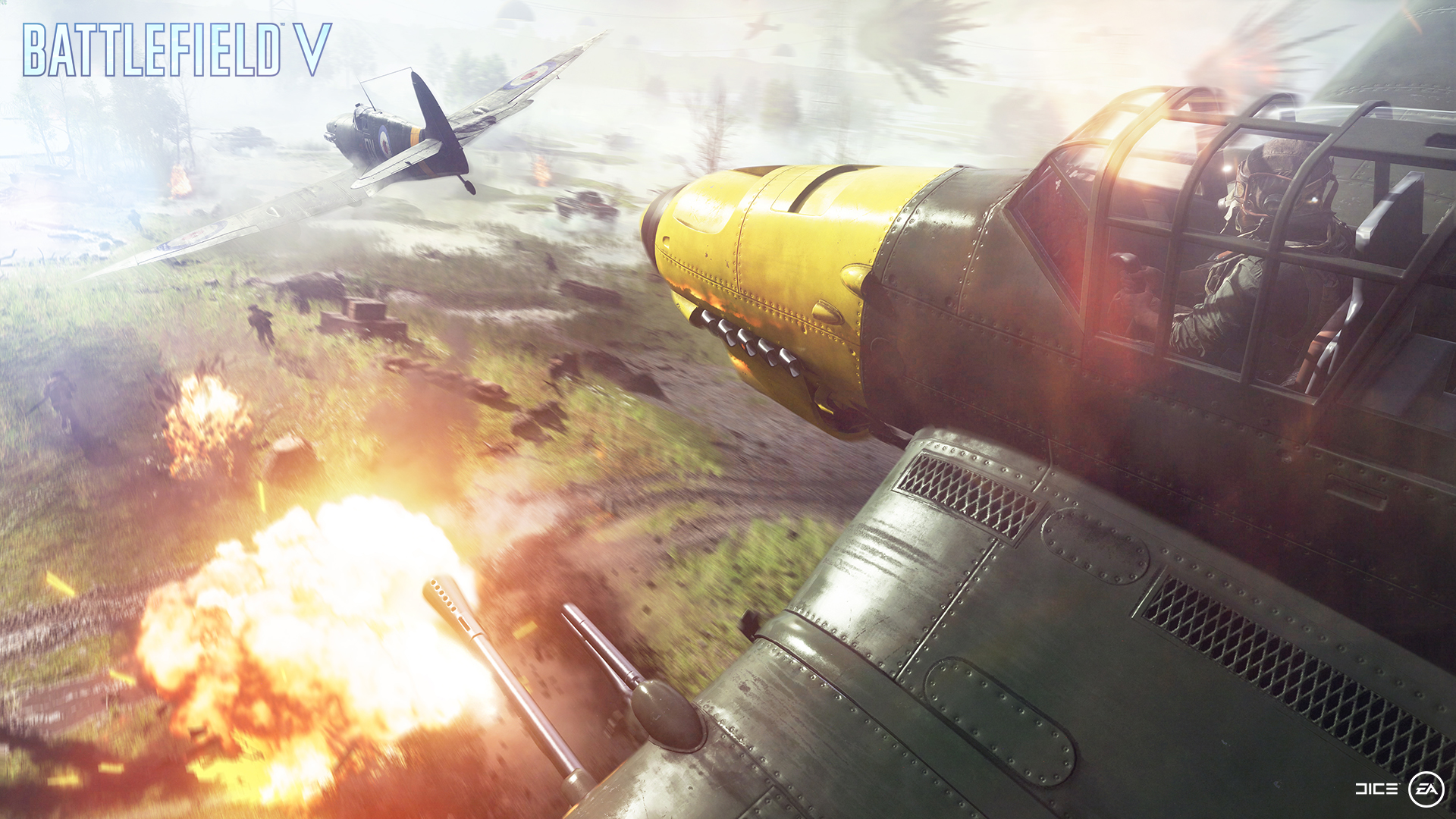 This feature is still under development.

Battlefield 5/V is out worldwide for PC, PS4, and Xbox One right now. Sure, it’s been out for early access folks a week before, but none of us wanted to head in too early since all these other awesome games last month swamped our schedule.

Now that it’s out in the wild, you might be a bit overwhelmed at what’s going on in the game. Fortunately, we’re here to help. Even if you played Battlefield 1 to death, it doesn’t hurt to read this feature to find out what’s new.

Working with a squad is easily the best way to improve your performance. Here’s why:

Battlefield 5â€™s aiming is a little different when compared to other modern shooters. If you find yourself struggling then donâ€™t be afraid to head into the settings and experiment with sensitivity settings.

You can upgrade each weapon in Battlefield 5, adding in perks that improve recoil or reduce bullet drop. They do make a difference and are a great way to spend your hard-earned tokens.

Use Your Class-Specific Gear When You Can

You usually won’t survive for too long while playing Battlefield 5. So make every minute count. Provide support, throw out health kits, and spot enemies often, anything! You’ll get points so even if you didn’t get a kill, you’ll still make a slight difference on the field.

Don’t Pilot What You Can’t Handle

Don’t get into vehicles if you do not know how to pilot them. Every vehicle is a vital resource in Battlefield 5, so crashing one into a ditch can seriously hamper your entire team.

Be A Team Player

Kills aren’t everything. In fact, you’ll get points for just laying down suppressing fire. Work out the actions you are good at doing, then learn to contribute in that way.

You may have gotten the most kills in a match. However, if you never helped your team storm an objective, or take down armoured vehicles, then you’ll make much less of an impact on the match at large. Like most Battlefield games, it’s less about the pitch and more about getting a home run.

Get Used To Hiding Behind Cover

In Battlefield 5, it takes a long time to recover health. If you’re planning on getting back into the fight you’ll need to head off somewhere with adequate cover.

Ask For Healing; Don’t Be Shy

In Battlefield 5, you’ll start bleeding out when downed. From here you can either speed up the dying process, or call out to be healed. We recommend doing the latter until you’re at at least half health, as there are always going to be medics around to help you out. If you go down in a high-risk area, then take one for the team and hold down the bleed out button.

If you have the means to take out an enemy vehicle, then do it. There will be few others on your team that can do it as well, so do your bit and stop a vehicle in its tracks early on.

Don’t forget to use your sidearm when you run out of ammo, it’s quicker than reloading.

Use Turrets To Defend When You Can

Each Battlefield 5 map is littered with artillery, mounted guns, and turrets. They’re all very easy ways to get kills, and you can always hop off if you can’t find anything to shoot at.

The Best Guns To Bring To This Fight

We’ll break this down to the plethora of classes in this game.

The best Assault weapon needs to be good at both mid and short range. Oh, and something that at least has some semblance of accuracy when firing from the hip.

StG 44 – The first assault rifle you get in the game is one of the best, mostly for its versatility. While damage may not be as high as you’d like, the weapon’s hip fire capabilities seem to suit most of the current selection of maps.

It’s got high accuracy too. If you pair this with a medium scope, you can easily tag enemies from afar. You’ll want to use incendiary grenades and dynamite with this one, treating it more as a submachine gun that can also be used at long range.

Turner SMLEÂ – By comparison to the last gun, the Turner SMLE is definitely for more patient play. It is pretty hopeless at close range, but that’s what your pistol is for. At medium ranges though, the Turner SMLE is unbeatable, especially thanks to its high accuracy, which goes a long way to counter some of Battlefield 5’s heavy bullet drop and player tracking.

You’ll want to pair this with Panzerfaust 100 so that you can fire back at any vehicles you come across, and keep a P38 Pistol by your side in case you are ambushed.

As a class that helps out downed teammates, you need something that dishes out high suppressing fire.

Suomi KP/-31Â – At this point in typing, Battlefield 5 is very much geared towards SMGs. Jump into any game and you’ll likely be annihilated over and over by Medics and Support players using a high rate of fire to beat you to the punch.

The Suomi KP/-31 has an obscenely high rate of fire. This means that if you shoot first and aim for the middle of an enemy, you’ll come out on top most of the time. Pair this with the ruby trench pistol and the sticks of dynamite for a potent medic combo.

As a class who helps and buffs up the team with ammunition, you need to have the right weapon that works well with defending choke points.

Bren Gun – If you’re looking to use an LMG in Battlefield 5, then go for the Brent Gun. It has high accuracy and can be switched to a single shot mode to use over long distances.

The best part of the Bren? It’s the added stability while firing, making it a viable option when shooting from the hip. But only as a last resort.

M30 Drilling – This shotgun is the best option for support players looking to hold down a position while supplying their squad with ammo. It has an impressive range, and as long as you don’t aim too low it’s usually a one-shot kill too.

Kar98KÂ – If you’re after a sniper rifle in Battlefield 5 then look no further than the Kar98K. It has the slowest fire rate but the highest damage; this is perfect for soldiers with a more patient playstyle. Ensure you pair this weapon with the Longe Range Bullet upgrade, as this will reduce bullet drop and make sure you hit your mark every time.

Here Are All The Overwatch Storm Rising Skins So Far