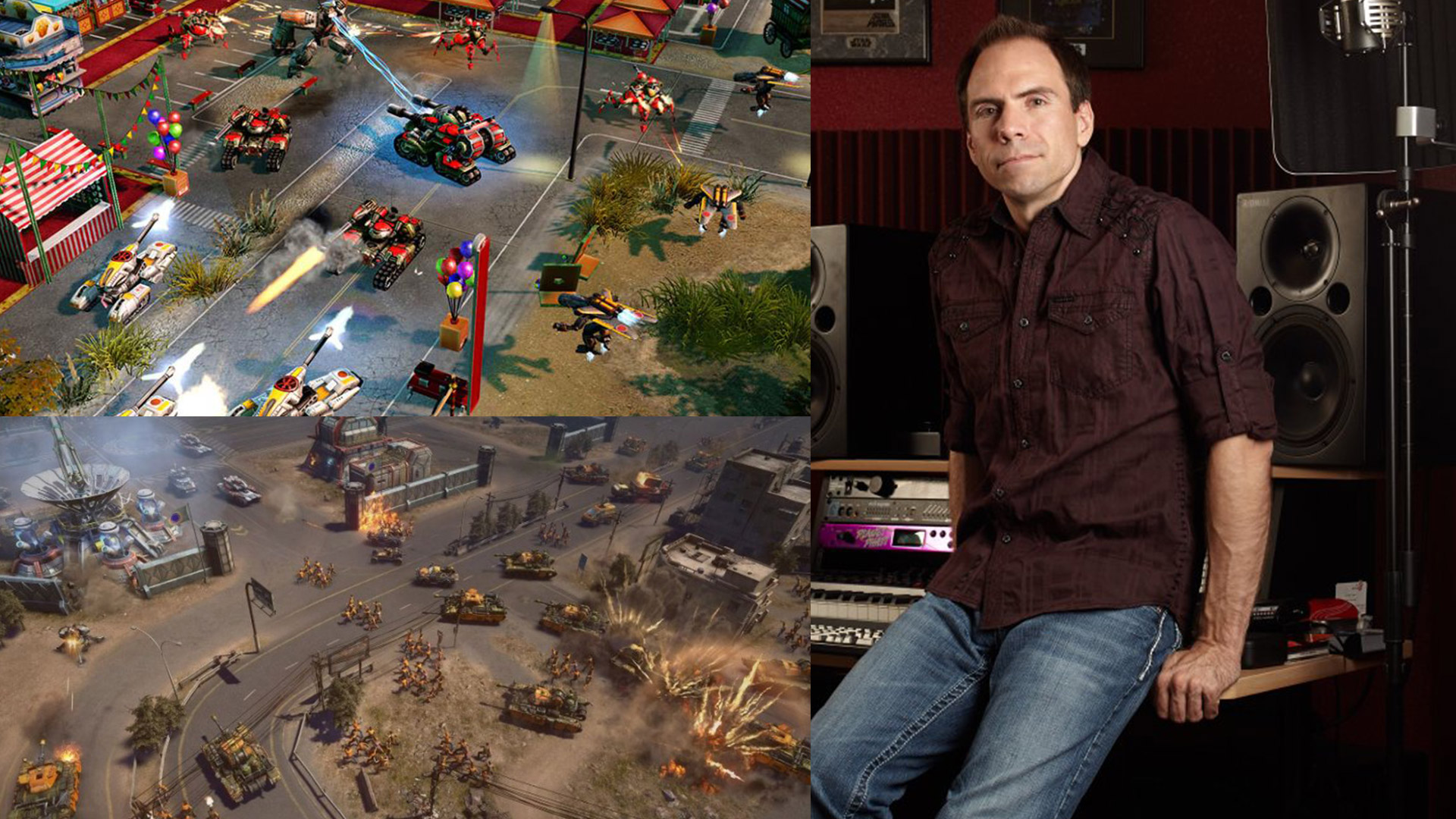 With EA and Petroglyph teaming up to create a Command & Conquer and Command & Conquer: Red Alert remaster bundle (with special art asset help from Lemon Sky Studios), I feel it’s appropriate to also bring up a huge part of the franchise. I’m talking about the music composed by one Frank Klepacki.

The Western game composer simply made Command & Conquer’s industrial soundtrack memorable among gamers. Using only an ASR-10 sampler, a RolandS760 sampler,a Roland JD 990 synth module, and an electric guitar, he channelled a lot of Nine Inch Nails and Ministry when doing music for the then-upcoming real-time strategy game back in 1995.

True, he did create some good soundtracks beforehand like the Legend of Kyrandia series and Lands of Lore, but in all honesty, his name was synonymous with C&C and C&C: Red Alert. Even after Westwood folded, he still made video game music for strategy games when he became a full-time audio director for Petroglyph Studios.

I’ll probably make a Soundscape video about him in the future featuring all of his work. But that’s going to take a while, so instead let’s go through his highlights from his humble beginnings in Westwood to his Petroglyph stints.

Pretty standard moody dungeon-crawling fantasy fare, but it establishes Frank’s foothold into the games industry. The 90s was truly a great time for gaming, eh?

Frank’s first foray into real-time strategy music. Pretty intense stuff even with the limited synths he had to work with.

Frank did some chill-heavy and jazzy pieces for Westwood’s fantasy adventure trilogy. The second and third games fared better in the soundtrack department due to their zany storylines and protagonists.

And here we are, the OST that made Frank a household name in RTS industrial music. PC master race folks back in the day can hum the main melody of “Act on Instinct”, “C&C Thang”, and “Industrial”. There are a ton more tracks I didn’t mention, but on a whole, Frank’s music sets the tone of the wartime future C&C is in.

C&C Red Alert’s music and the Hell March anthem cemented Frank’s place in video game music history, but I should bring up how influential the first battle track “Bigfoot” was during my high school years playing PC games, pausing the game just to hear the game’s entire soundtrack. Oh, and “Crush” too. The C&C games really went all-out with the CD medium it’s on.

While his other C&C works and his Petroglyph compositions were fine, none of them matched the originality and intensity of the original C&C games. That is until he made music for Universe at War. Now this real-time strategy soundtrack sound like it came from Hollywood. For the game’s Hierarchy faction (the aliens on the cover of the game) he made a sample featuring mangled voices to create an unnatural kind of sound.

Thanks for the PC gaming music memories, Frank Klepacki.

Tens Is Tetris With Maths That's More Fun Than It Sounds