The second trailer for Captain Marvel just dropped earlier today and it’s hyping us up even more for the live-action debut of Carol Danvers. Let’s see what’s in the latest Marvel Studios trailer, shall we?

Remember the ‘Captain Marvel punching an old lady’ scene in the very first trailer? Of course, you do, it even became a meme. Captain Marvel trailer 2 shows us what happens directly after the old lady, and it’s mighty unsettling, like something out of the old ‘Invasion of the Body Snatchers’ movies.

What an innocent old lady…

After getting punched, the old lady proceeds to growl and execute a flying kick on Captain Marvel, before getting her head pummeled into the metal bar in the bus. That settles what everyone already knew from the start; she’s a Skrull (duh, can’t believe that I have to point this out).

The trailer then cuts to the younger Nick Fury and Carol Danvers in a car. Fury learns that the Skrulls are the ‘bad guys’ and that the Kree are ‘noble warriors’. Carol interrupts him by describing the Kree as ‘noble warrior heroes’.

What I can glean from this interaction is that it’s one-sided. It seems like Carol really believes that the Kree-Skrull War is as simple as black and white when real wars are not. Brainwashing or propaganda must have been part of her Kree upbringing in the movie.

The trailer takes us to the Kree homeworld next, which must be Hala. One of the Kree (our first look at Annette Bening’s mysterious character) then tells us that they essentially saved Carol’s life by bringing her to Hala and making her ‘one of them.’ Presumably, she will still be getting her powers from the explosion caused by the Kree weapon Psyche-Magnitron, which fused her powers with that of the original Captain Marvel, Marv-Vell.

A glimpse of a blood transfusion (which might be transferring Mar-Vell’s blood to Carol) and blue energy waves hitting Carol (Psyche-Magnitron?) makes this origin more likely. However, a recent retcon in the comics may suggest differently, as Marvel Comics made her be genetically born half-Kree instead of just getting her Kree DNA from Mar-Vell.

Carol getting hit by the Psyche-Magnitron explosion.

Hey, that’s Monica Rambeau. In the comics, she was actually the first person to inherit the mantle of Captain Marvel after Mar-Vell’s death. She later gave up the mantle to Mar-Vell’s son, taking up the names Photon, Pulsar and most recently, Spectrum.

Hey, that looks suspiciously like an Avenjet. Perhaps an Avenjet prototype?

Now that must be the Psyche-Magnitron explosion!

The blue blood on her hands must mean that she’s activated her latent genetic Kree DNA, as per the new retconned origin in the comics. This is further accentuated by Captain Marvel’s antagonist Skrull leader Talos, who asks Carol if she would like to know what she really is. (Answer: Half-Kree by birth)

More blue blood. How much ink did they use?

Ronan the Accuser! I wonder if he ever realized that he’s going to die by dance-off of all things one day.

Carol Danvers GOES BINARY! I REPEAT, BINARY! What you need to understand is that going Binary for Captain Marvel is like Dragon Ball’s Goku going Super Saiyan. In the comics, Carol once went by the name Binary when she could harness the power of a ‘white hole’ (thanks to more experiments), allowing her to generate the power of a star. That was then.

Now that she’s Captain Marvel, she can only go Binary on certain occasions (read: deus ex machina). To see her going Binary in live-action would be a dream come true for many members of the Carol Corps (that’s what fans of the character call themselves).

The trailer ends with Fury stopping to play with Carol’s cat, portraying a different and more vulnerable side of the man who will one day become the more grizzled Director of SHIELD we all know from the MCU movies.

Psst, Fury. That cat isn’t even a cat. It’s an alien from a race called the Flerken. I have no idea if they’re going to go with that in the upcoming movie but I really hope they do. 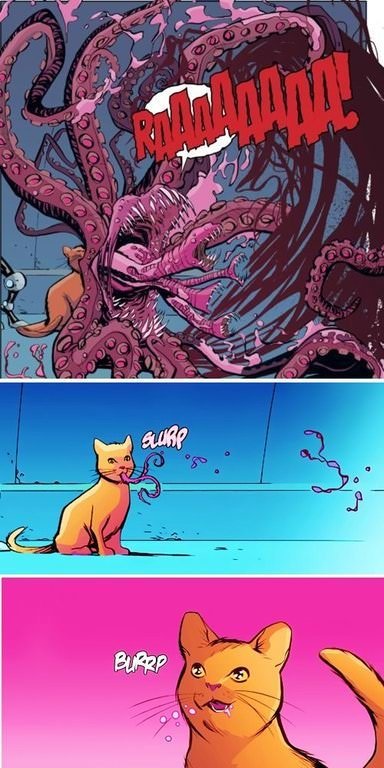 Put this in the movie, Marvel Studios, I dare you.

My final thoughts: I’m already sold on the Captain Marvel movie, with the exception of combining the Kree-Skrull War and Secret Invasion storylines in one movie. Both were huge crossovers, which required the full might of the entire Avengers roster during both events. Still, the movie looks awesome and I honestly can’t for some bonafide non-GOTG (Guardians of the Galaxy) MCU cosmic action.

Cosmic events in Marvel comics have always been epic flashy affairs, which would translate well to the big screen. Here’s hoping that Captain Marvel will focus more on the drama, action, and intrigue rather than just comedic laughs and gags like Thor: Ragnarok or the Guardians of the Galaxy movies.

What do you think of the Captain Marvel trailer 2? Let me know in the comments below. Captain Marvel is slated to arrive in cinemas on March 7, 2019.

Just when we thought Assane Diopâ€™s life would take a turn for the better, the last episode of Lupin Part 1 proved us oh-so-wrong.Â Now in Lup...

Eng Sze Jia joined Industrial Light and Magic (ILM) in 2015. As a Production Coordinator, Eng supports artists on their day-to-day schedule and ensure...

Feature
These Are The Best PlayStation One Soundtracks Of Its Era