Brawl Stars Guide: How To Shoot Up The Competition In Supercell’s Latest

This guide will be updated periodically, this being an online game and all…

Brawl Stars marks the first time Supercell has made a game that combines the best of top-down shooters (Chaos Engine, Smash TV) and put it in a 3v3 competitive setting. With pretty smooth controls, colourful aesthetics, blazing-fast matchmaking, and a easy-to-learn-but-hard-to-master versus gameplay, coupled with Supercell’s discipline of not launching games if they even spot a 1% flaw in its design and business potential, this game will be going places.

Here are some tips for you to get by this colourful 3v3 ode toÂ the 80s top-down shooters out there.

Don’t Bunch Up Too Close In The Middle When Starting

Your objective in Brawl Star’s main mode is simple: grab as many gems as you can for your team, then wait for the timer to determine the victor. The team with 10 or more gems after the countdown wins. If you die often, there’s less chance of you guys hoarding gems.

The easiest way to die? Group up in the middle and go straight for the gem-spouting pit on the battlefield. You’ll succumb to AoEs, spreadshots, and flanking manoeuvres easily.

Play All The Modes

Until Supercell declares the standard modes in an esports-centric Brawl Stars competition, you’ll have to experience all the modes. The most commonly-played modes decided by the community are:

When you start, when you see your teammates going straight, you should take either the left or right pathway depending on which way’s the closest. You should aim to at least isolate one brawler from a team and go on a quick 1v1 standoff to pick them off.

Know The Lay Of The Land

Every map in Brawl Stars have bushes/grass to hide in, maze-like rocks and barricades to navigate in, and dead ends to trap people in. There are even “blind” spots where you can momentarily camp and ambush players. Protip: green grass will regrow if it’s destroyed; yellow grass won’t.

Experiment With The New Characters You Unlocked

You can’t keep playing the game using Shelly and Clint. While they’re decent for beginners and intermediate players, you need to figure out how to play the other characters like Brock and Pam. Plus, certain brawlers are better at certain modes than in others. Scroll below to see the full tier list (via Kairostime).

Once you pick your characters, you have to then sort out what your role is. If you’re the skeleton mariachi guy, you have to start healing your pals and be their support. If you’re Spike or Leon, you should play the hit-and-run game using your AoEs and straight line attacks respectively.

If you’re a tank like El Primo and Bull, make it a point to get in your opponent’s faces while your team picks up the gems and dish out covering fire. Every brawler is different in their own way; it’s up to you to decide if you want to be the aggro guy or the defender.

Learn Your Projectile Speed And Trajectory

Ranged brawlers like Spike and Colt are better suited to dish out damage from afar, so do take note on how far their bombs and projectiles travel.

Do take note of their hitboxes and AoE radius too, so that in the future, you can pull off a quickfire routine on unwary brawlers (just tap the attack button instead of holding and aiming) without any fuss.

Run Away And Hide (When The Time Is Right)

When you have more gems than your teammates, that’s when you start playing cautiously and start trusting your partners. You can also regenerate health if you don’t attack and don’t get damaged for a brief moment.

Brawler Guide: Picking The Best Gunslinger For The Job

These brawlers are best in both Gem Grab and Showdown mode.

The bad part? Top-tier teams will know how to counter her, so you need to start unlocking more characters fast.

Colt has range and has a Super that goes through obstacles. He also has good stats for both game modes. You may need him to complement short-ranged brawlers like Shelly.

He has the same problem as Shelly; veteran players will know how to deal with Colt. So get to playing and unlocking Brawlers fast!

Her close-ranged attacks and bear summon Super is great in Gem Grab mode, but not so much in Showdown. She’s best when dealing with grouped-up brawlers and protecting your gem carriers.

Protip: her bear can heal you if it gets a swipe in on an opponent, and can also build Super meter.

Pam comes equipped with a lot of hit points, can shoot suppressing fire, and has a Super that heals anyone within the vicinity. Pretty damn good to help keep your 3-man party alive and well regardless of mode.

Thanks to her skills and health, she’s definitely the best at being defensive and also at carrying gems. Do learn to place your healing station Super properly; you can lose many games with a misplaced station. 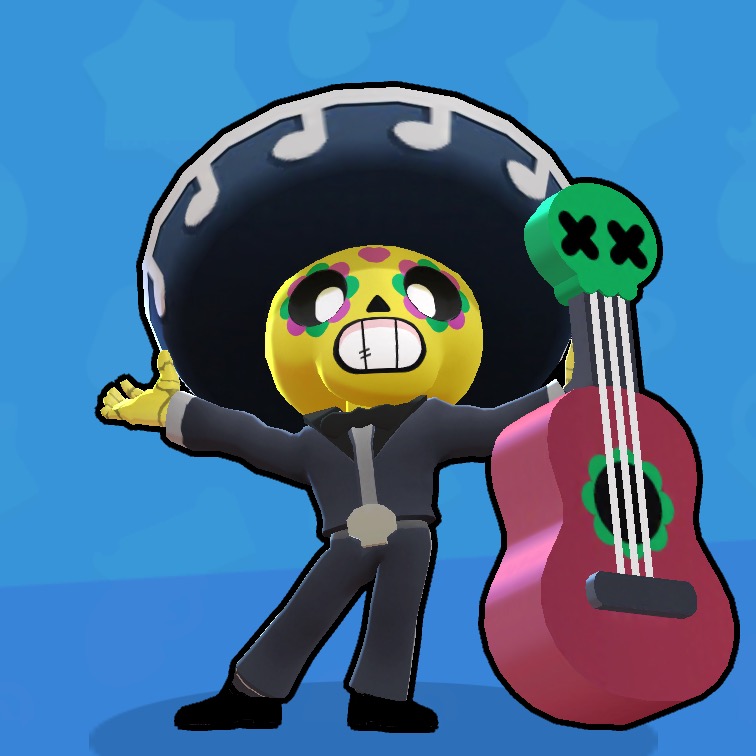 If you haven’t unlocked Pam yet, use Poco instead. He has less DPS stats than Pam, but at least that heal Super is handy in a pinch.

Having a mid-ranged brawler who lays out turrets as a Super can be beneficial if you’re playing defensively. Jessie can do that, though it’s up to her teammates to help support her with aggro duties. Her reload speed has also increased since the latest patch.

He shoots out cactus grenades that have decent AoE attacks that slows down his enemies. Best of all, he can regenerate health when he’s in the vicinity of his Super. Just remember: he has pretty low health and vulnerable against short-ranged brawlers. There’s no shame in playing the keep-away game with Spike.

What Brock lacks in power, he makes it up with range. His rockets travel pretty far and his Super can destroy terrain, meaning the opposing team will have less grass and bushes to hide in.

Do make sure you have aggros to take the heat away from you; Brock is a sitting duck against fast aggro brawlers like…

Leon has it all: great aggro stats, fast, and can go invisible to either hide or sneak attack. He’s a huge asset to any team; just don’t let him be the gem carrier, that’s all. He dies pretty quick to AoE and his attacks have small hit boxes, so you have to be precise with your attacks. 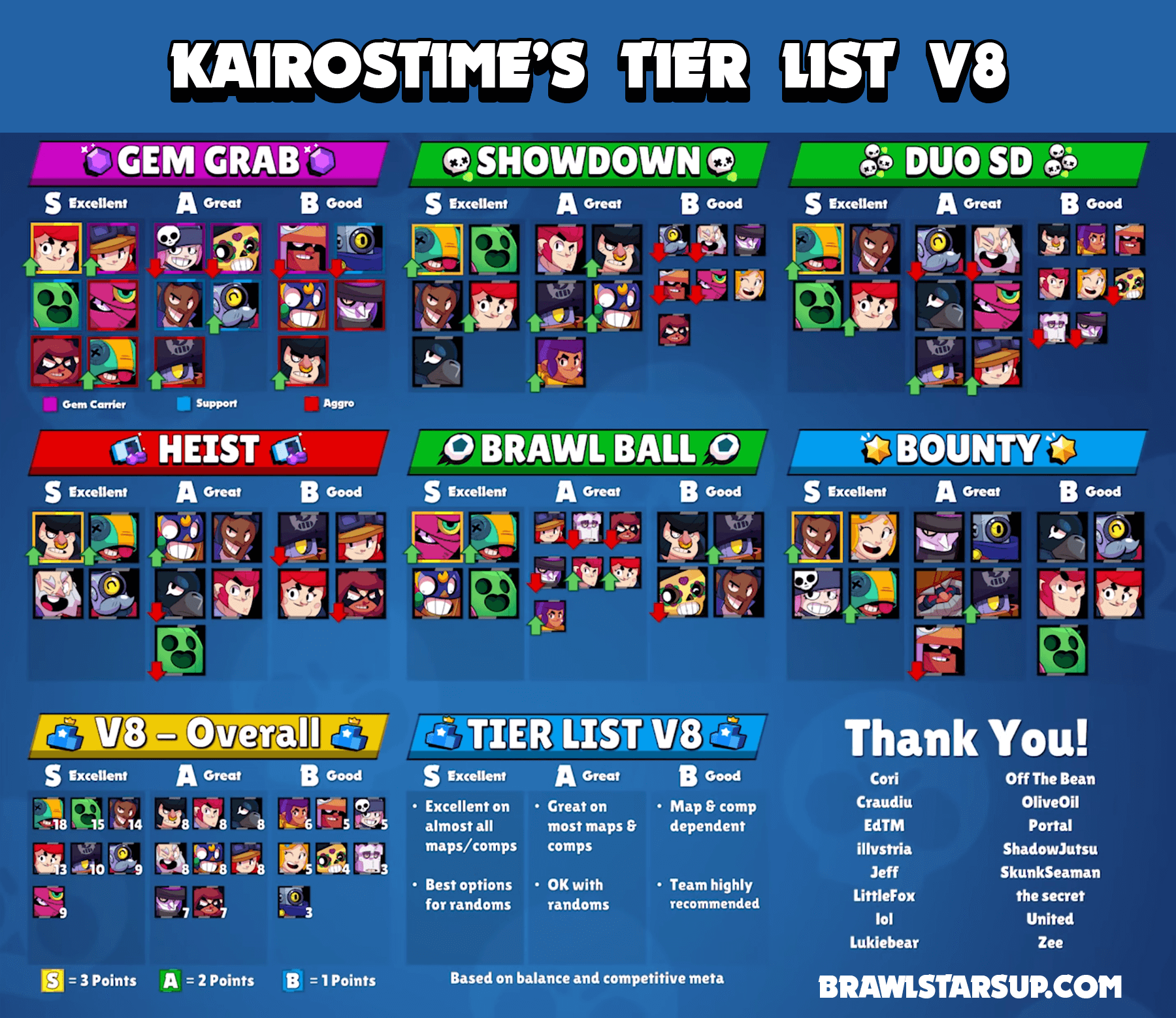 Feature
A Look Back At Shinkiro's Awesome SNK Art

It's now week 3 of our SNK retrospective where we publish SNK/Neo Geo articles for a span of 8 weeks. We are teaming up with Retro DNA to bring you th...

Feature
Ghost Of Tsushima: Everything You Need To Know From Maps To Swordfights

This story is updated with new info regarding Sucker Punch's latest. In a recent interview with VG247, Ghost Of Tsushima creative director Jason Conn...