The Kingdom Hearts franchise officially turns 17 years old in 2019. The almost two-decade-old series is as beloved as it is ridiculed. Its overly-convoluted story has prevented many gamers from fully enjoying what simply began as a Disney-Final Fantasy mashup concept but has since developed and evolved far beyond that.

I’ve recently replayed through all the Kingdom Hearts title available to me in the collections on the PS4. As such, I will attempt to explain and summarized the entire franchise as concise as possible and chronologically. I hope this will help anyone understand the gist of everything ahead of Kingdom Hearts 3. 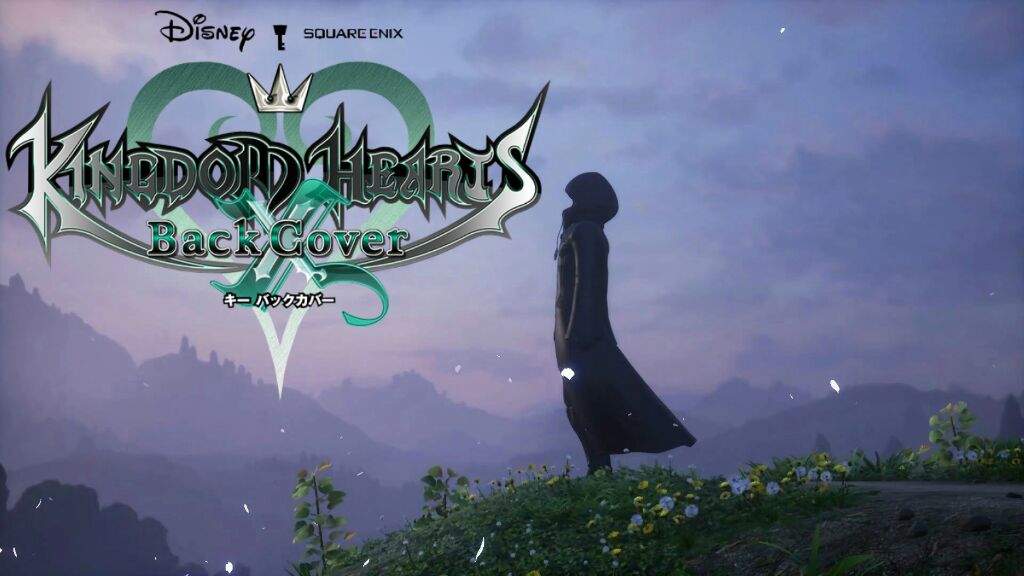 Many years before the events in the original Kingdom Hearts game, in the Age of Fairy Tales, there was only one world. In a place called Daybreak Town, there was a man named the Master of Masters (who might be the first Keyblade wielder), with six apprentices. Their main responsibility was to protect Kingdom Hearts, the source of all light. He gave them a copy of the Book of Prophecies, which foretold of a Keyblade War.

The Master of Masters believed that this Keyblade War was inevitable and therefore entrusted unique tasks to all six of his apprentices. These apprentices are actually Keyblade Masters, each with his or her own faction of trainee Keyblade wielders called Unions.

Master Ira: To be the leader after the Master of Master’s ‘disappearance’

Master Aced: To support Ira and replace him if required

Master Invi: To observe her fellow apprentices and act as a mediator

Master Ava: To train ‘Dandelions’, a secret group of elite Keyblade wielders which is separate from all the other Unions

Master Gula: Given a lost page from the Book of Prophecies that warns of a traitor and tasked with discovering who it is

Master Luxu: The only apprentice not given a copy of the Book of Prophecies. Instead, he was entrusted with the Master of Mastersâ€™ Keyblade called No Name, as well as a mysterious trunk that must never be opened. An eye of the Master of Masters was placed on the No Name Keyblade so that he (Master of Masters) can witness events happening in the future after his ‘disappearance’.

After the Master of Masters’ and Luxu’s disappearance, the five remaining apprentices, now referring to themselves as Foretellers, go about fulfilling their respective tasks. However, when it becomes known that a traitor walks amongst them, they start to bicker amongst themselves.

The suspicion that one of the Foretellers have fallen to Darkness escalated, and led to the start of the Keyblade War. This was exactly what the Master of Masters foretold, and the Keyblade War resulted in the original Keyblade or Ï‡-blade (that can unlock Kingdom Hearts) to break into 20 pieces: 7 fragments of pure light and 13 shards of darkness.

Not only did the devastating Keyblade War destroy Kingdom Hearts, but it also fractured the world into three realms: The Realm of Light (made of many different worlds now), the Realm Between and The Realm of Darkness. Thanks to the efforts of the Dandelions, Light continued to remain on all the worlds amidst the Darkness. These Dandelions later became the new Keyblade Masters for a new era. 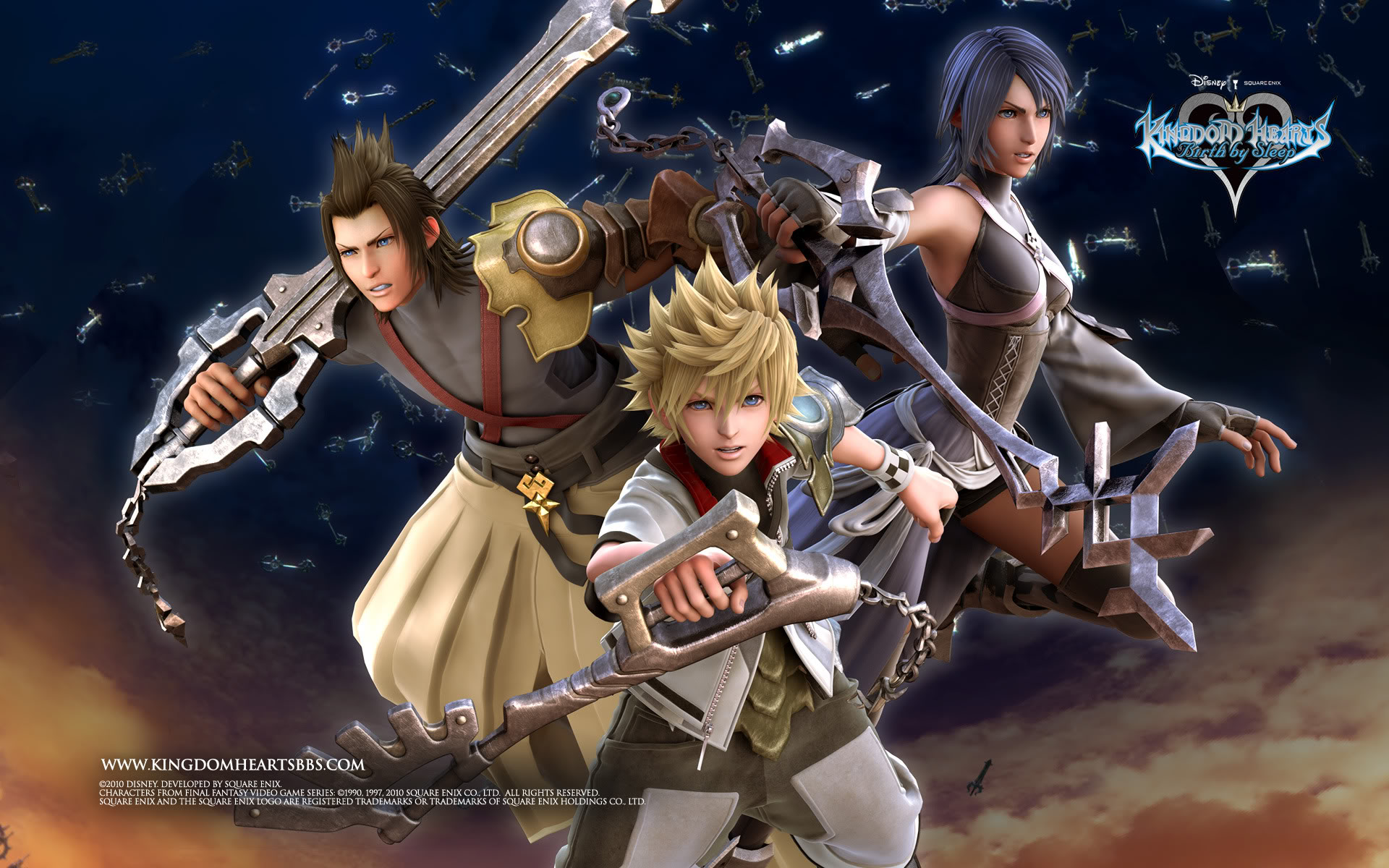 As the Keyblade War becomes ancient history, a Keyblade Master named Master Xehanort brings a comatose boy named Ventus to the world known as Destiny Islands. Several years later in the Land of Departure, Ventus and his two friends, Terra and Aqua, are training to become Keyblade Masters. Terra and Aqua are ready for their Mark of Mastery exam, overseen by their teacher, Master Eraqus, and Master Xehanort.

Aqua then passes while Terra fails. Terra leaves to hunt down the Unversed, with Ventus following suit. Aqua is then instructed by Master Eraqus to retrieve Ventus. After visiting several Disney-themed worlds, the three of them reunite at Radiant Garden (also known as Hollow Bastion in Kingdom Hearts 1 and Kingdom Hearts 2), where Terra gets angry at Aqua and leaves again.

What you need to understand about the antagonists in Kingdom Hearts: Birth By Sleep is that Master Xehanort is the mastermind, and then there’s Vanitas and the Unversed. Xehanort created Vanitas when he extracted the darkness from Ventus’ heart, which in turn caused Ventus to become comatose (which I mentioned at the beginning of the story). The previously-mentioned Unversed are actually manifestations of Vanitas’ feelings of darkness and hatred.

Master Xehanort’s primary goal is to fuse the pure light half of Ventus’ heart with the half that is pure darkness, thereby forging the Ï‡-blade (from Kingdom Hearts Ï‡ Back Cover, remember?) to open the door to Kingdom Hearts (which he believes will gain him access to unlimited power and knowledge). When that failed, he manipulates Terra to succumb to darkness not only to take control of his body but also start another Keyblade War.

Throughout the events of Birth By Sleep, Aqua meets Kairi, who would later become the main character of the franchise, and so too will Terra when he meets Riku. During these meetings, both Aqua and Terra discovers something special in the hearts of Kairi and Riku, thus blessing them in the process (which is what makes them capable of becoming Keyblade wielders in the future).

Master Eraqus reluctantly tries to kill Ventus when he finds out what Xehanort plans to do with Ventus. Terra stops him from doing so but kills Master Eraqus in the process. Aqua arrives too late and the Land of Departure becomes engulf by darkness. Xehanort awaits them three at the Keyblade Graveyard, the site of the ancient Keyblade War.

In the final confrontation, Terra succumbs to darkness and loses control of his body to Xehanort while Ventus has to fight Vanitas to save Aqua, thereby forcing their separate hearts to become one again and forge the Ï‡-blade. Aqua and King Mickey fight Vanitas, who wields the Ï‡-blade and wins. However, this results in the destruction of both Vanitas and the Ï‡-blade, which in turn causes Ventus to fall into a coma yet again.

Aqua is the only left standing the aftermath. She cradles Ventus’ comatose body and brings it to Master Yen Sid, another Keyblade Master and also King Mickey’s teacher. Yen Sid reveals that Ventus’ heart is sleeping in the Realm Between and until his heart is whole again, he will never wake up. Aqua later brings Ventus to the Land of Departure and puts him in the Chamber of Repose. She locks the world and disguises it as Castle Oblivion so that no one will ever find Ventus.

Back at Destiny Islands, a boy named Sora cries, not knowing that what he feels is the emptiness and suffering felt by Ventus. Why? Because it was his heart that initially filled half of Ventus’ when Xehanort brought his comatose body to Destiny Islands. It’s also why the dark half of Ventus, Vanitas, had Sora’s face.

Aqua later returns to Radiant Gardens/Hollow Bastion, where she meets the Xehanort or Terra-Xehanort or Xehanort in Terra’s body. Aqua had to sacrifice herself to save Terra from being stuck in the Realm of Darkness. However, the only thing this does is embed Terra’s heart even deeper within Xehanort’s, with Xehanort still in control of Terra’s body, and condemning her to be stuck in the Realm of Darkness herself.

In the epilogue, a scientist named Ansem the Wise discovers an unconscious Xehanort and takes him in. Meanwhile, Aqua is stuck in the Realm of Darkness, but because of her sacrifices, Ventus and Terra are still alive, albeit broken and barely alive. 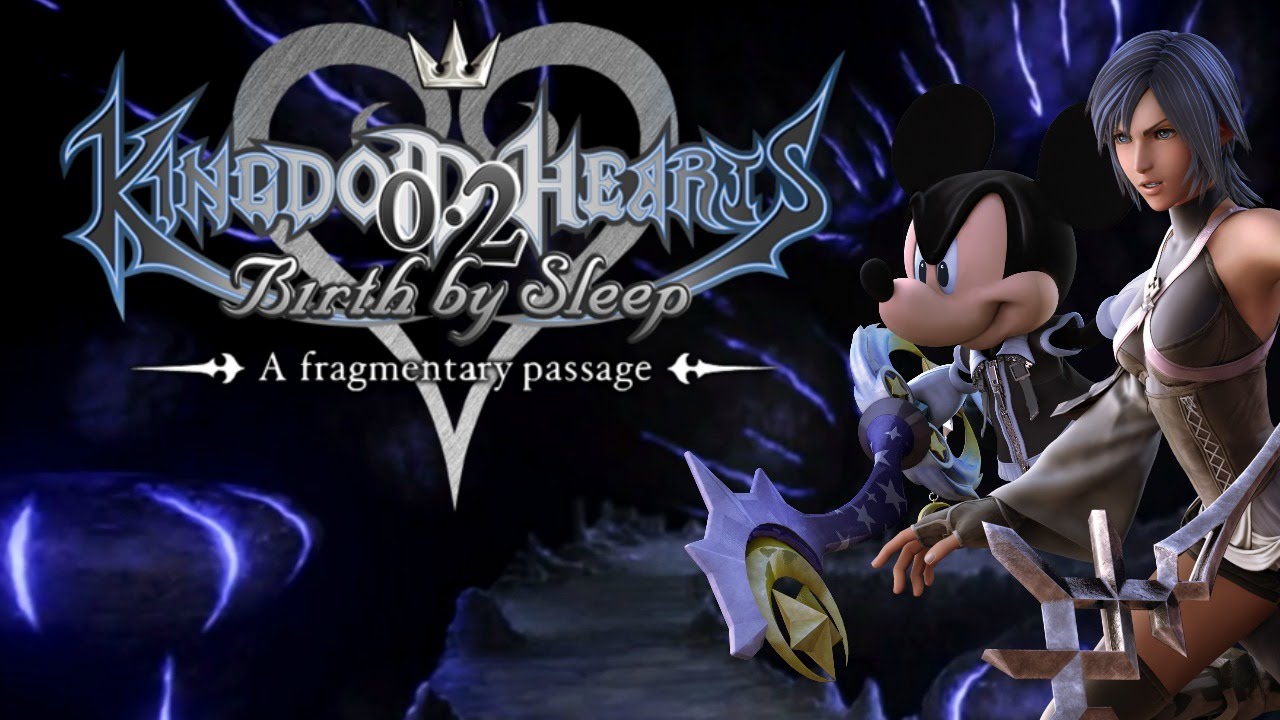 Without any sense of time, Aqua continues to wander in the Realm of Darkness, barely able to maintain her sanity. She worries for the Realm of Light, and what state it might be in now that she’s not there to protect it from the darkness. She’s haunted by visions by both Terra and Ventus. One day, she discovers that she can seemingly contact Terra.

However, that turns out to be Xehanort and not the real Terra. Due to this revelation, she finds out that Xehanort is still alive and that the Realm of Light still needs her. Despite that, she doesn’t know how to escape from the Realm of Darkness.

Later, she encounters King Mickey, who tells her that she’s been in the Realm of Darkness for 10 years and that he’s looking for the Keyblade of the Realm of Darkness. He explains that he and his friends (Sora, Donald, Goofy, you’ll meet them later) are trying to stop the Heartless and the darkness from engulfing the Realm of Light by sealing Kingdom Hearts.

King Mickey asks Aqua to follow him into the Realm of Light as they close the door to Kingdom Hearts but she refuses, as someone needs to stay behind to defend them while someone is sealing the door. After the door is successfully closed, Aqua remains stuck in the Realm of Darkness but with new resolve and determination, now that she knows the Realm of Light is in safe hands.

In the epilogue, Aqua meets a red-robed man, who tells her of Keyblade wielder saving the Realm of Light from darkness. She asks whether it’s Ventus or Terra. The man replied that the boy’s name is Sora, and she smiles.

In the meantime, check out this awesome violin cover of the iconic Kingdom Hearts Dearly Beloved theme.

Feature
How Overwatch Is Revolutionizing the Esports Spectator Experience

Earlier today the folks from the Overwatch dev team released a video detailing how they intend to make their game more viewer-friendly ahead of the up...

Feature
Here's A Complete List Of Legendary Weapons In Borderlands 3

This feature is still under development because there are way too many guns to keep track of. So good job, Gearbox! Guns, guns, and more guns. That's...

Feature
Amazon's Invincible Guide: What To Know & Why You Have To Watch It

What's the big deal about Invincible? It's just another animated superhero series releasing on Amazon Prime Video based on an existing comic book IP, ...