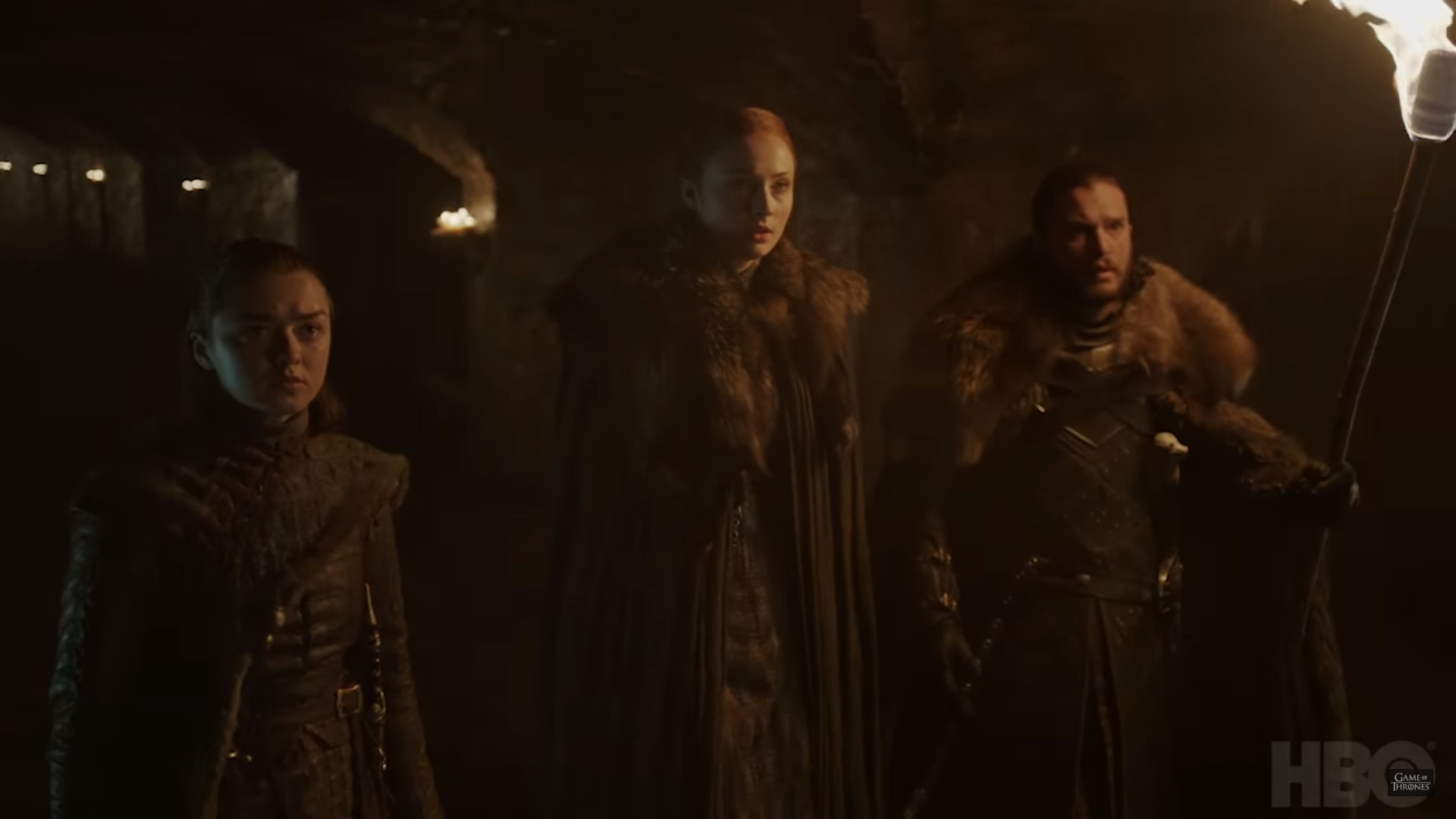 HBO has finally announced a release date for Game of Thrones Season 8 in a new official teaser earlier today just before the premiere of the first episode of True Detective Season 3. The final season of Game of Thrones will premiere on 14 April 2019.

In the new teaser trailer, we see the much-awaited reunion of the three Stark siblings (Jon Snow, Sansa Stark, and Arya Stark) as they venture into the underground crypts of Winterfell (where the members of House Stark are buried).

All the while, an ominous version of the iconic Game of Thrones theme can be heard playing in the background, until the end of the trailer, where they encounter statues of their own already erected alongside each other in the crypt. Freezing fog then seeps into the crypt, signalling the arrival of the White Walkers (and perhaps the oncoming deaths of the Starks?).

Check out the Game of Thrones Season 8 “Crypts of Winterfell” teaser below. Winter has arrived, and we won’t have to wait long now until the epic conclusion.

Google Stadia Will Launch This November; No Southeast Asia Date Yet

by Winter Is Here In New Game Of Thrones Season 8 Trailer – KAKUCHOPUREI.COM in March 6, 2019
Reply

[…] epic finale, the likes of which has never been seen in the history of television. It arrives hot on the heels of a short teaser which released earlier in January […]