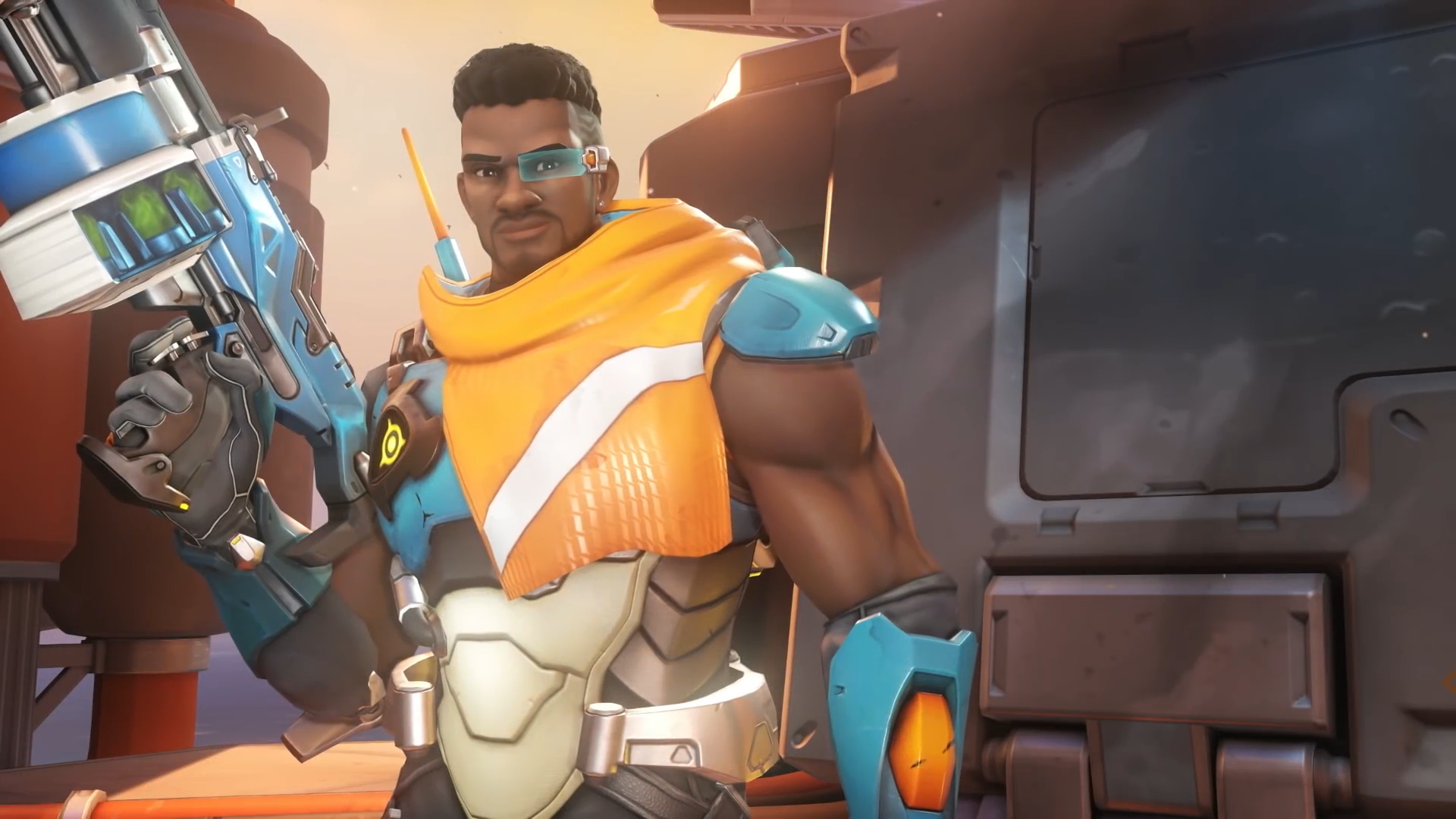 Blizzard has officially revealed the 30th playable hero in Overwatch and it’s none other than the debut of a new support medic hero named Baptiste. A new video published earlier today tells the tragic origin story of the latest hero to join the Overwatch roster.

Jean-Baptiste Augustin was an orphan for most of his childhood, thanks to the devastating Omnic War. In his origin story video, he cites the war as forcing him to “steal or starve, kill or be killed”, essentially doing whatever he has to do to survive. This trait and will was probably what attracted terrorist organization Talon to recruit him.

After realizing that he ultimately has choices and undergoing a change of heart, Baptiste decides to leave Talon and “fight for a better world”. He then aptly describes his role in the game by saying:

“For some, that means a bandage. For others, a bullet.”

Baptiste will likely be a support hero and a medic, joining the ranks of other Overwatch heroes like Ana, Brigitte, Lucio, Mercy, Moira, and Zenyatta. At the time of writing, the release date for Baptiste has not been revealed. Blizzard has only confirmed that he will be “coming soon”.

Besides his origin story, not much has been revealed about Baptiste. I’m sure many players will be curious to discover how a new support hero like him will affect the current meta of the game.

. If you want to find out how he plays, find out on this writeup here. In the meantime, check out the origin story trailer for Baptiste below.

Is Skull & Bones Still In Production, Despite Being Absent From Ubisoft Forward? [Update]

Itâ€™s nice to see another male healer! The gender balances are a bit skewed as is.

by Get To Know Baptiste’s Kit In Overwatch – KAKUCHOPUREI.COM in February 27, 2019
Reply

[…] Blizzard officially revealed the 30th Overwatch hero, a support character named Baptiste. The good news is that players can already start using him in […]

by Latest Overwatch Change May Spell the End of GOATS – KAKUCHOPUREI.COM in February 28, 2019
Reply

[…] changes, if implemented, should come into effect once Overwatch’s 30th hero, Baptiste goes live. Not content with him possibly being the answer to the dreaded 3-3/ GOATS meta, […]