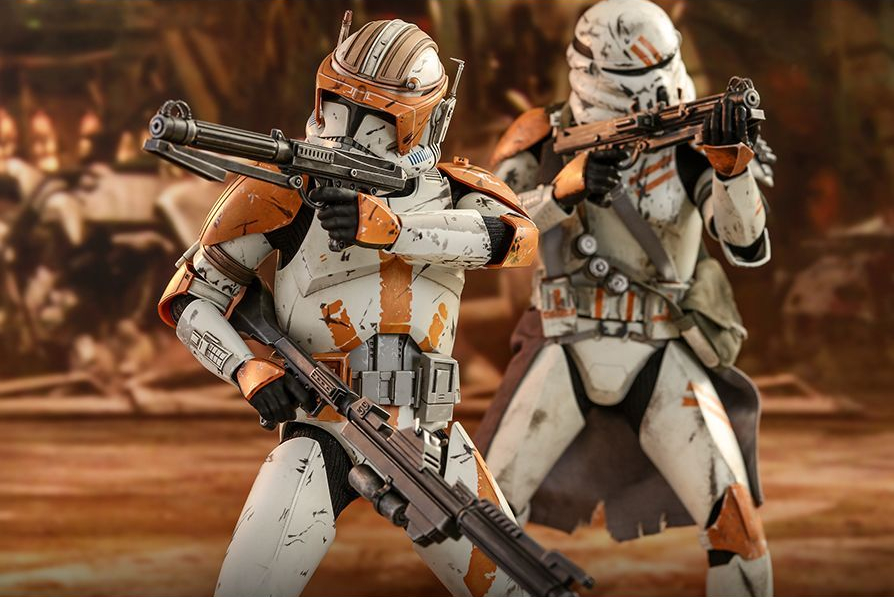 The Clone troopers of the Star Wars Prequel era have always had the best design when compared to their Imperial and even First Order counterparts. There’s just something about their sleek design that has captivated fans ever since their debut in Star Wars Episode 2: Attack Of The Clones.

Hot Toys has recently revealed an official look at a 1/6th scale collectible figure of Commander Cody from Star Wars Episode 3: Revenge Of The Sith, best known by fans as the one who fired at Obi-Wan Kenobi when Darth Sidious gave the order to execute Order 66, otherwise known as the Great Jedi Purge.

Take a look at the figure and its accessories below:

The 1/6th scale collectible figure of Commander Cody is slated to release sometime in the first or second quarter of 2020, well after the release of Star Wars Episode 9 later this year.