What To Expect From The Umbrella Academy Season 2 On Netflix

The entire first season of The Umbrella Academy is now available to watch on Netflix and boy, it’s a phenomenal series. Not only does it manage to adapt the zaniness and straight insanity of the comics, but the characters also feel like they’re ripped from the pages of the source material.

Created by Gerard Way and Gabriel Ba, The Umbrella Academy is meant to be a deconstruction of the comic book genre, similar to Alan Moore’s Watchmen and Grant Morrison’s Doom Patrol (which is cited as a direct inspiration).

The Netflix series marks the beginning of a new era for meta and self-aware comic book adaptations, along with the DC Universe’s Doom Patrol (which debuted on the same day as The Umbrella Academy).

Before I discuss what to expect from The Umbrella Academy Season 2, I will have to mention events and revelations from the first season, so if you haven’t watched the new series on Netflix yet, now is the time for you stop reading.

Still here? Great! The Umbrella Academy Season 1 may be a bit confusing even to those who’ve read the source material, seeing as showrunner Steve Blackman decided to adapt not only the first volume (Apocaplyse Suite) of the original comics but also bits and pieces from the second volume (Dallas).

The problem with this is that there are currently only two complete volumes of the comics available, with the third volume (Hotel Oblivion) still ongoing and slated to end later this year. Due to this, it will be slightly more difficult to predict where the series will be going in Season 2, as it only leaves what little remains of ‘Dallas’ and ‘Hotel Oblivion’ to derive from.

As such, no one can really know what’s going to happen in The Umbrella Academy Season 2. However, taking what we’ve learned from the first season, and what I know from the comics, here’s what I think is likely to happen next season.

The Commission Will Be The Main Antagonists 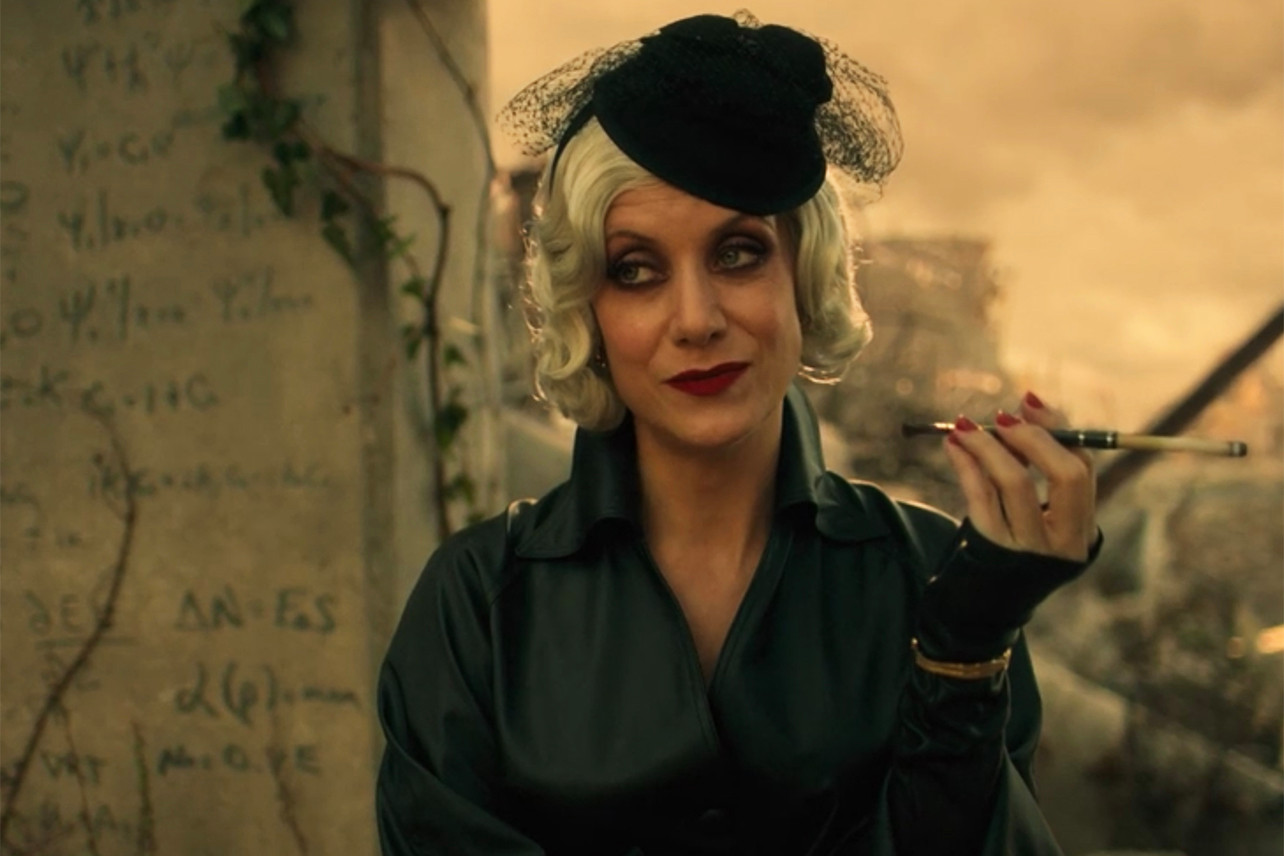 At the end of the first season, The Umbrella Academy actually failed to stop the apocalypse from taking place. As a solution, Number Five proposes that the whole team travel back in time to stop the apocalypse by “fixing Vanya” before she becomes the White Violin. We see the entire family disappear into the time portal/vortex just as the world ie engulfed in flames.

All of this is a major departure from the source material, as the apocalypse was successfully stopped, which means that there’s no reason for them to travel back in time in the first place. Therefore, we have nothing from the comics to go on.

Let’s see the cards we do have on this metaphorical table. The Commission is still operating, despite the death or deaths of its Handler. Since the organization’s responsibility is to maintain the status quo, it wouldn’t be stretch to speculate that the Commission will be playing an even bigger antagonistic role in The Umbrella Academy Season 2.

The fates of Hazel and Cha-Cha, on the other hand, are unknown and they could still theoretically reappear or resurrect in Season 2 to be a pain in the butt in the Umbrella Academy’s efforts to stop the impending Apocalypse.

Also, in the comics, the true ‘boss’ of the Commission (or Temps Aeternalis as they are referred to in the source material) is a man named Carmichael, who has a Shubunkin Goldfish in a bowl for a head. Number Five later kills this guy and eats him. I’m not kidding. Perhaps we’ll be seeing this guy as some kind of superior to the Handler? Time will tell. 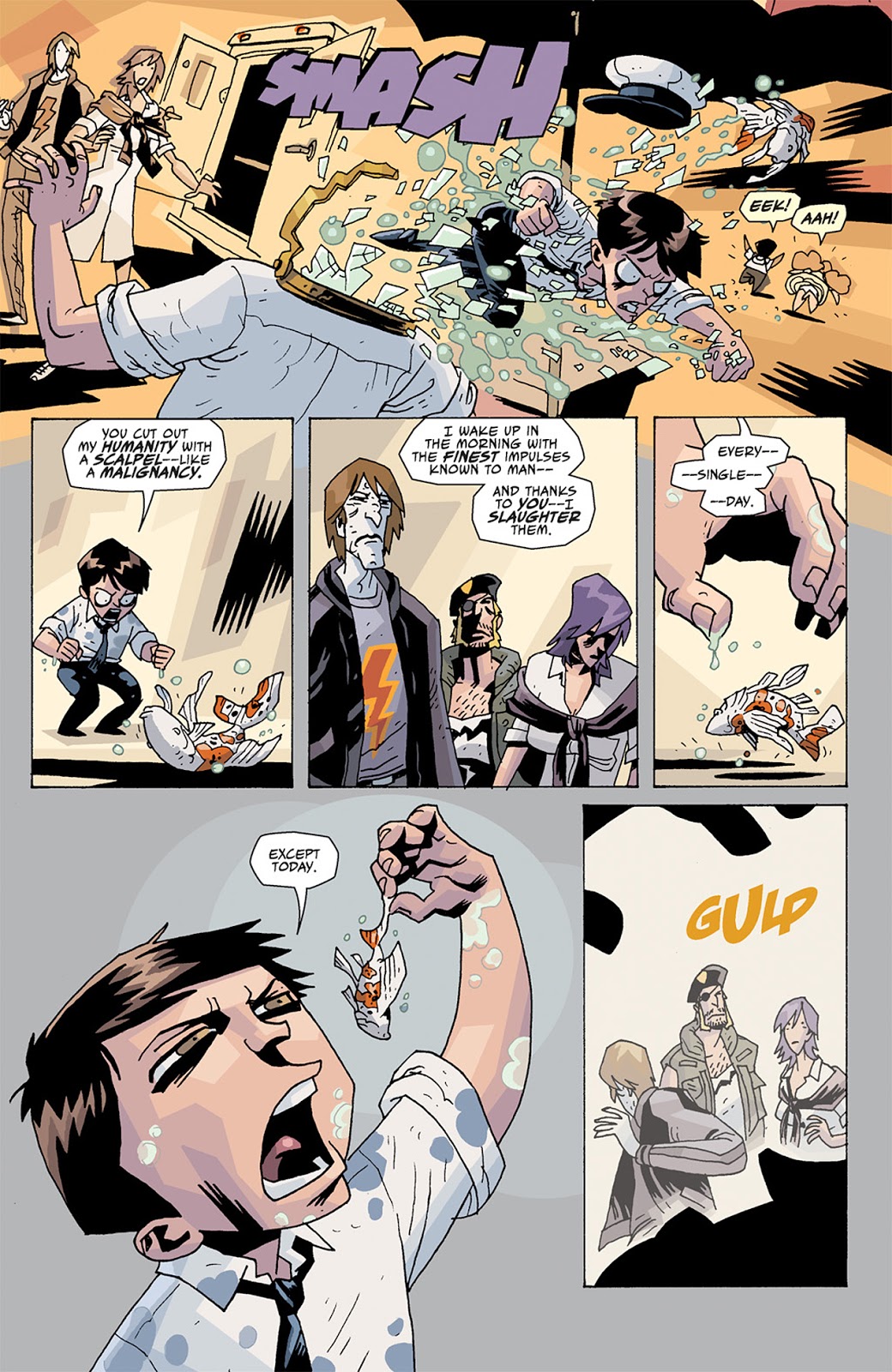 Klaus Will Be Key In Stopping The Apocalypse 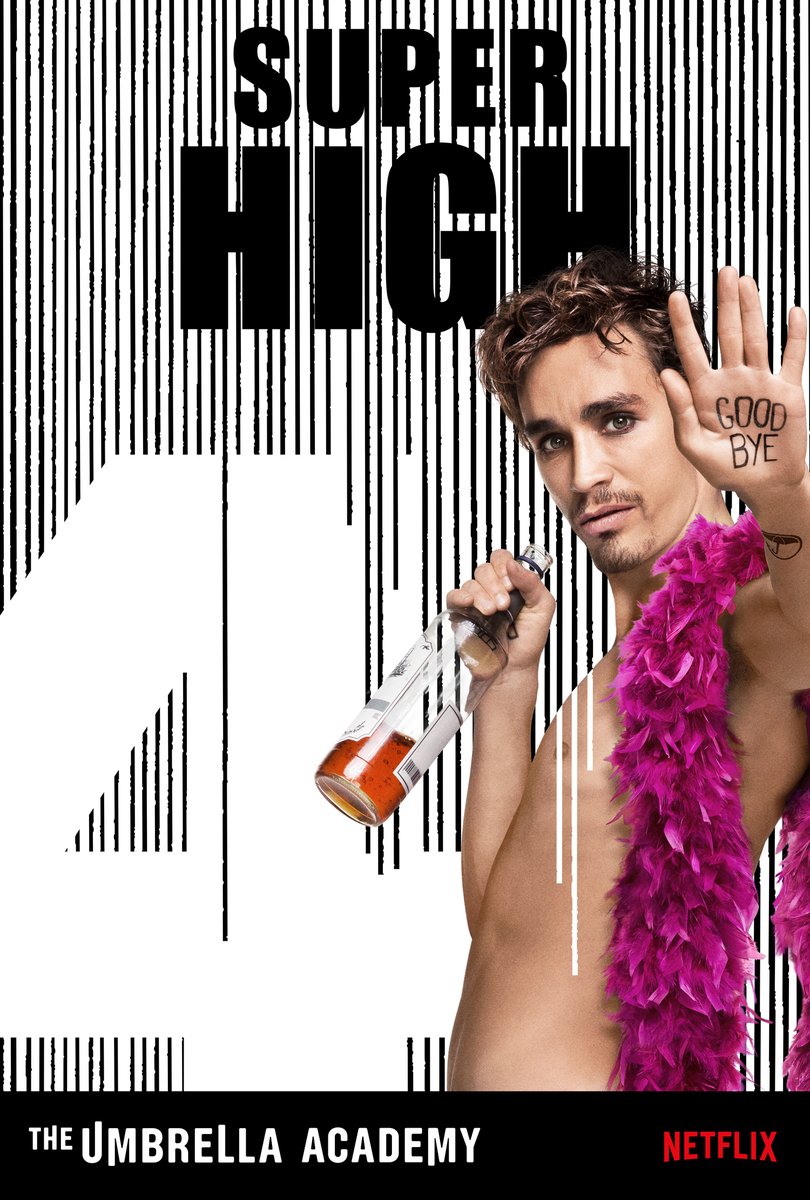 While Klaus was a seemingly useless junkie and unimportant member of the team for most of the first season, his new powerful ability to make his dead brother, Ben, momentarily corporeal in the final moments of the season finale was what saved the entire team from being killed by the temporal assassins of the Commission.

We also know that Klaus has the biggest untapped potential out of all his brothers and sisters, as mentioned by his dead father Reginald Hargreeves in the afterlife. God also appeared to Klaus, which means that he must be pretty important in the scheme of things.

In the comics, meteors also fell to the earth thanks to Vanya’s powers. However, Klaus singlehandedly stopped the meteors by using his newfound telekinetic abilities, effectively stopping the Apocalypse.

That could be what will happen in The Umbrella Academy Season 2 as well, with Klaus unlocking more and more of his potential latent abilities, especially now that he’s mostly sober from the effects of drugs. Perhaps he’ll even find a way to make Ben completely corporeal for good. 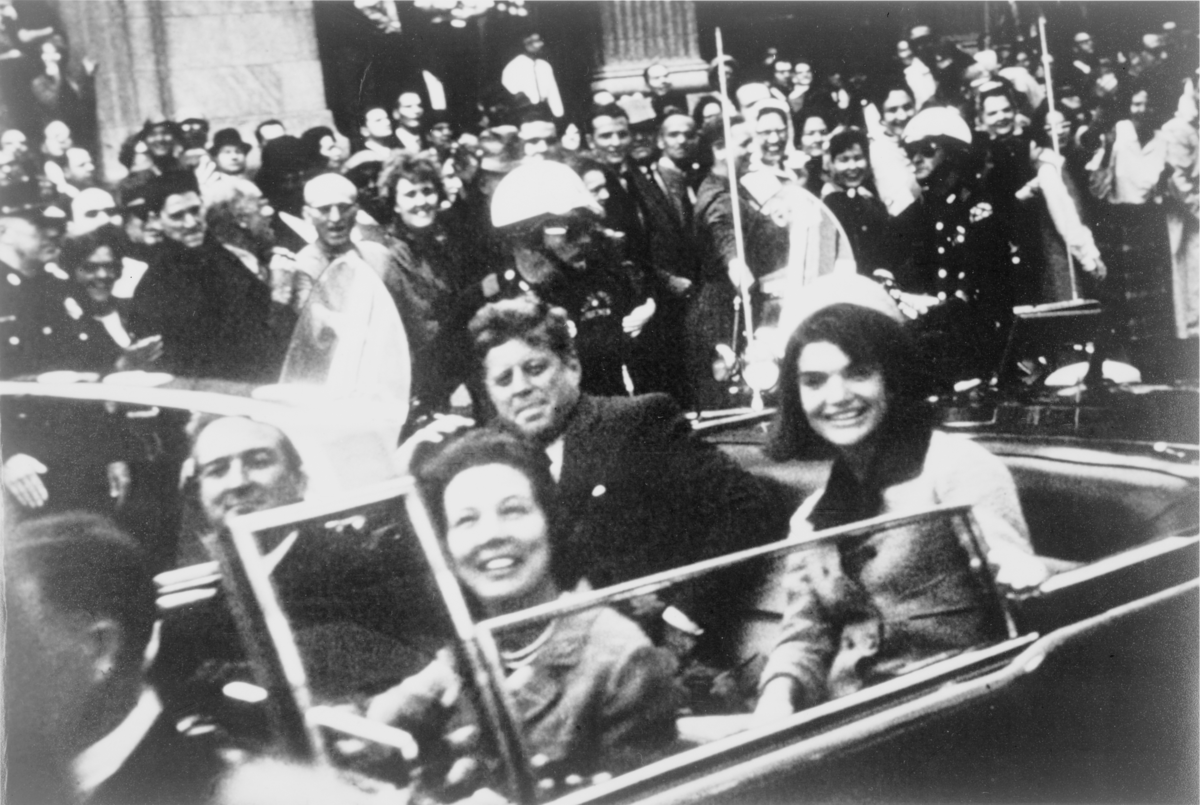 For those who don’t know, The Umbrella Academy takes place in a timeline where President JFK was never assassinated. We already know from the first season of the series that Number Five’s last task (which was to assassinate President JFK) was ultimately not completed, which was what led to Hazel and Cha-Cha’s hunt for Number Five in the first place.

In the source material (Dallas), Diego, Luther, and Klaus actually travelled back in time to prevent the assassination of President JFK, while Number Five and Allison wanted to ensure that the opposite happened. It’s complicated, but this was the setting for the climax of the plot in ‘Dallas’. In the end, it was Allison that killed President JFK by using her “Mr.President…I heard a rumour that the back of your head is about to explode.” 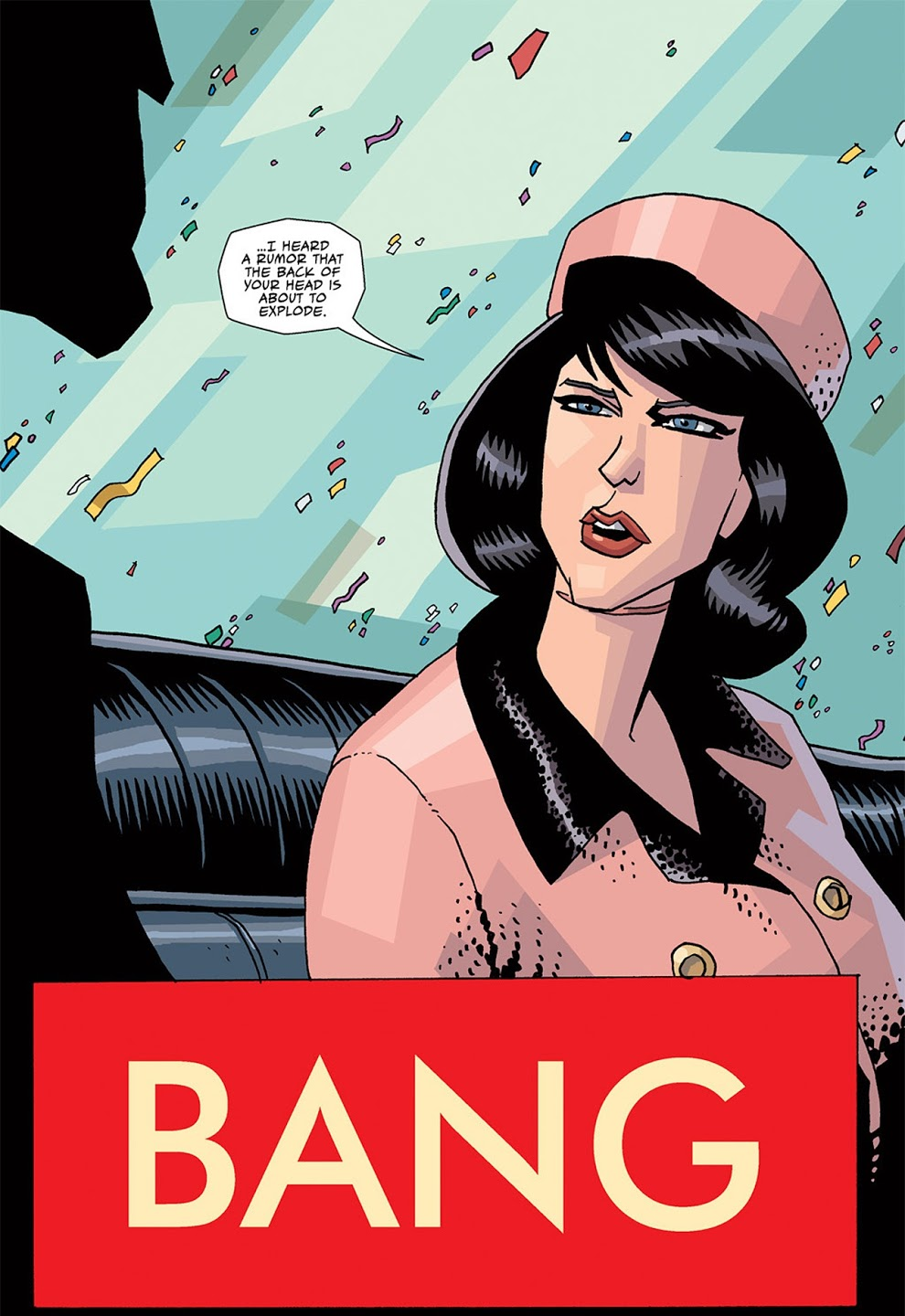 Come to think of it, all of this was already hinted at in the first season of the Netflix series. If you rewatch Episode 5 ‘Number Five’ during the scene in which the older Number Five was supposed to assassinate President JFK, the radio announcer clearly states that President JFK still died despite not being shot in the head by Number Five.

I believe that this means the JFK assassination will be playing a more integral part to the main plot in The Umbrella Academy Season 2. Someone else killed President JFK, and I think that will be answered next season. Here’s hoping it happens like it did in the comics. That would be a cinematic sight to behold. 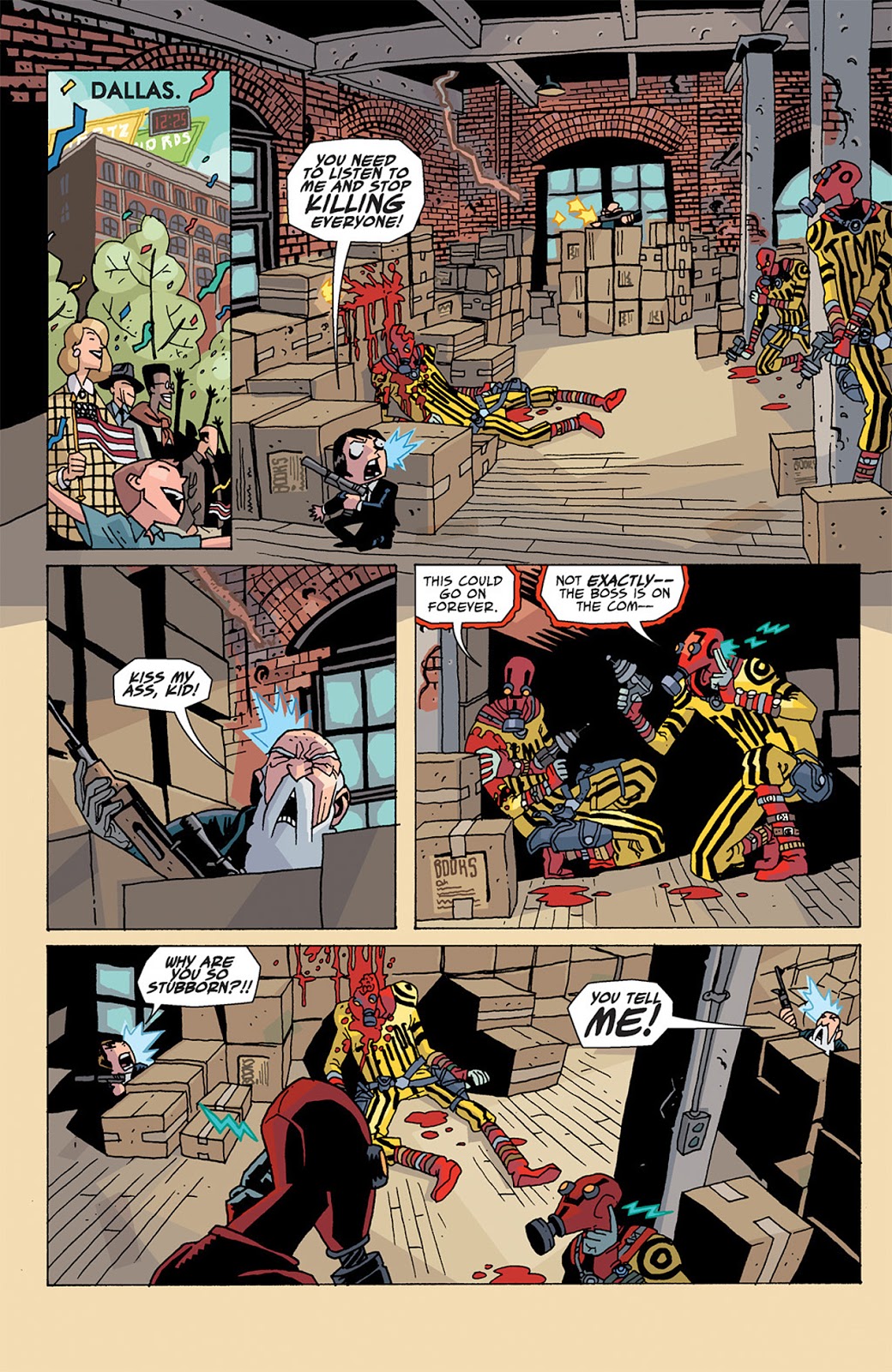 Those are my speculations and predictions for The Umbrella Academy Season 2 for now. At the time of writing, Netflix has not officially renewed the series for a second season. In the meantime, here’s what The Umbrella Academy creator Gerard Way has to say about Season 2 (via Den of Geek):

“I think right now there’s only been a couple things used from Dallas (in season 1). If there’s a potential season 2, I would think you would see some things potentially from â€˜Dallas.â€™”

That’s very interesting, especially due to the fact that I’ve basically derived all my theories based on what happened in ‘Dallas’. All ten episodes of The Umbrella Academy Season 1 are now available to stream on Netflix.

News
Alice In Borderland Season 2 Premieres On Netflix This December

During Netflix TUDUM 2022, Netflix announced that Alice In Borderland Season 2 will premiere in December 2022. The synopsis reads: Arisu and Usagi...

Feature
KKP's Most Anticipated Games Of 2022

It's the new year, meaning a fresh crop of games to look forward to. Here are our top upcoming picks of 2022; hopefully they end up well-made. Horizo...