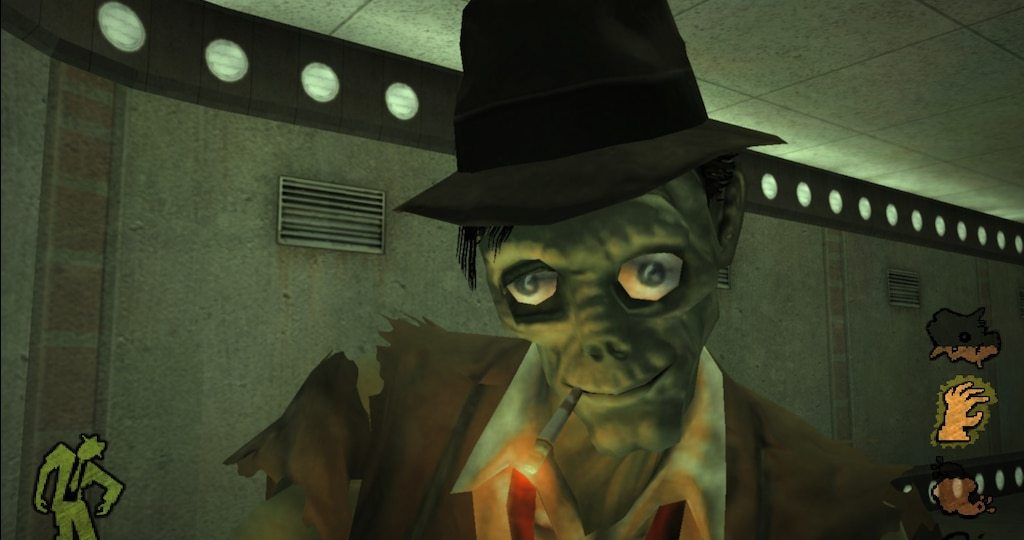 Zombies. Freakers. Infected. The Undead. Many games over many decades have featured these nightmarish flesh-eating creatures, albeit with some variation in their looks and abilities to keep things fresh.

With the PS4 exclusive Days Gone around the corner, featuring zombies in the hundreds to take down, I want to look back at all the zombies in videogame history and ask a daunting question. Which oneâ€™s the all-time best brain muncher?

If youâ€™ve played through Red Dead Redemptionâ€™s zombie infested DLC, then you know that there is truly no timeline in which John Marston has it easy. Undead Nightmare ends with the zombie plague he worked so hard to stop making a comeback after he passes away.

Having been buried with a flask of holy water, John returns to life with the wretched body of the undead, but the soul of a man. And so he returns to work, dispatching zombies resentfully until he can be at peace again. Poor guy canâ€™t catch a break.

ZombiU was a game that met an unfortunately slow demise, much like the bloodthirsty monsters the player finds themselves pitted against in this first-person survival horror game. It did have an interesting game mechanic, however. When the player character gets bitten or meets some other ugly death, the character theyâ€™ve been playing all along dies and rises again as a zombie.

The game then switches gears and gives the player another survivor to play as, but with all their previous inventory lost. If the player want their items and progress back, theyâ€™ll have to hunt down the zombie they were just playing as and kill them. Sentiment has no place in the apocalypse, unfortunately.

The Horde is more of a faceless collection of a whole bunch of zombies rather than just one unique zombie type. The Horde is an ever-growing, nightmarish mob of hundreds, maybe even thousands of growling, grunting zombies out for blood. They move as one, running for the nearest piece of living flesh they can find.

Excitingly, Days Gone will feature many hordes of its own soon, and I personally canâ€™t wait to start mowing them all down or die trying. Most likely, die trying.

Simply put, Zombies. Itâ€™s an apt name for one of the many creatures that comes out of dark places to kill you. Your first night in Minecraft is always going to be scary, especially with these things around. Youâ€™d better have crafted yourself a sword to combat them with when the time comes, or youâ€™re not seeing the break of dawn in this cruel, blocky world.

Perhaps the most memorable classic zombie of recent times, these are the usual fare of green skin, ragged clothes and grumblings for â€˜braaaaiiiinsâ€™ that we thought stopped being cool a long time ago. Plants Vs Zombies proves us wrong however. Once the Football Zombies, Zombonis and Gargantuars come into play, weâ€™d look back at these classic zombies and say â€˜Awwâ€¦ arenâ€™t they adorable? Look at them trying to eat my Squash, they have no idea whatâ€™s coming to themâ€™.

Yes, I realise Dead Space tries to wave the whole zombie thing away by telling us that Necromorphs are more of a mutation than an undead nightmare, but facts are facts and necromorphs are zombies.

Nothing in life will ever be sweet enough to make me forget the terrifying opening to Dead Space 2, where youâ€™re pushed out in a straightjacket into a room full of screaming, savage Necromorphs and have no choice but to sprint through them all and get out alive.

The little click-clack of bony claws skittering across the walls and ceilings is something everyone whoâ€™s played a Resident Evil game can remember. The Resident Evil 2 remake made Lickers even more terrifying than they were before. Even one crossing paths with you can spell your doom. Walk too fast, with too little ammunition, and these things will have you deader than the creature next to you.

â€˜STAAAAARSâ€™, Nemesis slurs, firing a rocket off at Jill Valentine as you scream and frantically mash buttons to get away from the damn thing before it takes you out. This iconic undead titan is a Resident Evil 3 classic, following the player around the game area unrelentingly, later armed with a rocket launcher but never any less lethal throughout.

Mr X scared me enough with just his lumbering footsteps coming from just down the corridor, so I canâ€™t wait for a Resident Evil 3 remake with good olâ€™ Nemesis chasing me around the game with his rocket launcher in hand, fingers crossed.

Fun times will be had, throwing the TV out the window.

Iâ€™m certainly biased, because the Clickers are among my favourite creatures in any videogame, period. Their aesthetic designs are so fascinatingly repulsive, and the croaking sounds they make as they stumble around continue to make me freeze in terror to this day.

Infected by parasitic fungi, these zombies are beyond salvation, and sometimes even beyond fighting. If running isnâ€™t an option, all you can do is pull out that shiv and make Joel do what Joel does best.

Nothing, in my eyes, no creature living or otherwise, will ever scare me as badly as the Witch did in the Left 4 Dead series. It doesnâ€™t matter what weapons youâ€™re carrying, or whether youâ€™re playing with bots or friends.

The moment you hear the faint sounds of a crying woman in the distance, your heart sinks. Pray that you can somehow avoid her, lest you startle her and meet an untimely end. Fighting the Witch is at best, inadvisable. If she finds you, sheâ€™ll kill you. Itâ€™s as simple as that.