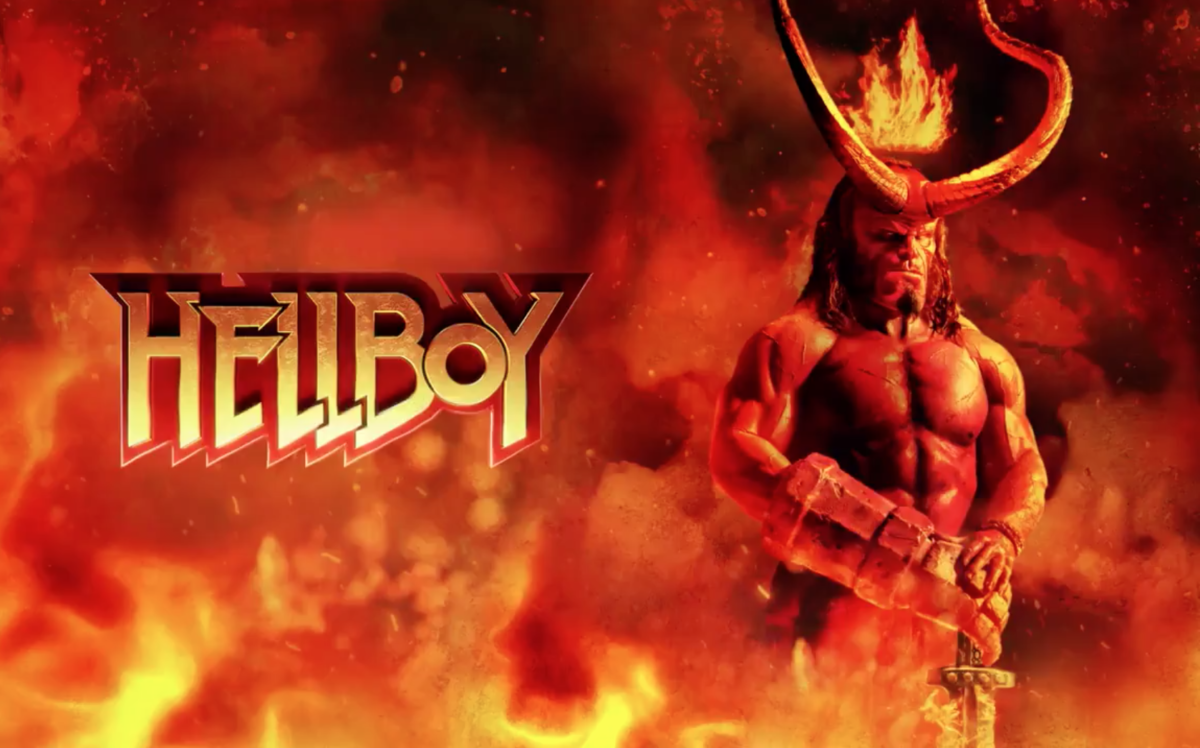 Hellboy is notable for being one of very few comic book characters outside of Marvel and DC Comics to have ever received a movie reboot. While both of the Guillermo Del Toro’s Hellboy and its sequel, Hellboy II The Golden Army were great, they took a lot of liberties with the source material, changing a lot of elements from the comics.

The 2019 Hellboy movie looks set to be more faithful to the source material, especially now that Hellboy creator Mike Mignola is directly involved, having co-written the script for director Neil Marshall’s take.

Also known as Red or Big Red, Hellboy is also one of the most popular comic book characters not from Marvel or DC Comics, with multiple spinoff comics, animated movies, toys, and more since he was originally created in 1993.

Just like Spider-Man and Batman, I’m sure his origin doesn’t really need retelling. On the other hand, unlike Spider-Man or Batman, Big Red isn’t defined by his origins or circumstances. Hellboy‘s most defining and enduring character trait is that he rejects his birthright (to bring about the apocalypse) and chooses to shape his own destiny instead.

Celebrating the release of the upcoming Hellboy movie, here are the six (6) best Hellboy stories that not only (directly and indirectly) serves as the inspiration for the new reboot but also essential in understanding more of the character’s rich and deep lore.

While Seed of Destruction wasn’t mentioned by Mignola as one of the three main inspirations for the new movie, it is undeniably one of the franchise’s must-read comics as it was notable for the being the first-ever Hellboy story to be published back in 1994.

Seed of Destruction features Hellboy‘s origin, as popularized by the 2004 Hellboy movie, where a group of Nazis opens a portal to Hell and accidentally summons a baby Hellboy, who is then rescued by Trevor Bruttenholm, a member of the organization known as the BPRD (Bureau for Paranormal Research and Defense).

It also featured the debut of prominentÂ Hellboy villain Gregori Rasputin, who was responsible for Hellboy‘s arrival into the world and will continue to be a recurring villain for the entire franchise even now, more than 20 years later.

Mentioned as one of the three main inspirations for the 2019 Hellboy movie, Darkness Calls serves as the major turning point in Hellboy‘s journey in the comics, marking the first part of a long-running arc that would later end in The Storm And The Fury.

It features the debut of the fairy creature known as Gruagach, who will be in the 2019 Hellboy movie (the large anthropomorphic boar seen in the trailers).

Darkness Calls basically sets up the initial plot lines and minor characters that will result in the rise of Nimue the Blood Queen (the main antagonist of the 2019 Hellboy movie) later on.

Mentioned as one of the three main inspirations for the 2019 Hellboy movie, The Wild Hunt (it has nothing to do with The Witcher franchise, sorry) continues from where Darkness Calls left and is also personally my all-time favourite Hellboy story.

The premise of The Wild Hunt is HellboyÂ receiving an invitation to join an ancient organization of British nobles in an age-old tradition of hunting giants. This can clearly be seen in the trailer for the 2019 Hellboy movie, where Hellboy is on horseback and fighting a bunch of giants.

The Wild Hunt is notable for introducing Alice Monaghan, a woman whom Hellboy rescued when she was an infant who is now all grown up and acts as a love interest of sorts. Sasha Lane will be playing a unique take on this character in the 2019 Hellboy movie.

This story is also when the Arthurian origins of Hellboy are finally revealed (yes, that King Arthur from the fabled land of Camelot). This is one half of Hellboy‘s origin that most people don’t know about, in that he is actually a descendant of King Arthur from his (human) mother’s side, and thus destined to wield Excalibur and slay Nimue the Blood Queen when she resurrects.

This is where the essence of Hellboy‘s entire journey comes into play. He is destined for both the greatest evil (apocalypse) and the greatest good (descendant of King Arthur). Which does he choose? Neither, because he would rather shape his own destiny rather than follow the script of the fates.

4. The Storm And The Fury

Mentioned as one of the three main inspirations for the 2019 Hellboy movie, The Storm And The Fury is the climax (but not the end) of Hellboy‘s journey in the comics. The conflict escalates as Nimue the Blood Queen is finally resurrected and amasses an army of witches and magical creatures to conquer the world.

This is where Hellboy takes on an army by himself (armed only with Excalibur), as well as Nimue the Blood Queen in the form of a freaking dragon. This is the epic showdown Hellboy readers have been waiting for years to happen.

That’s why I still find it a little bit weird that the new Hellboy movie decided to adapt Hellboy‘s swansong story straight away instead of building to it by adapting some of his earlier stories. It’s like if the Marvel Cinematic Universe began with Avengers Endgame in 2008 instead of Iron Man.

5. The Right Hand Of Doom

While The Right Hand Of Doom wasn’t mentioned by Mignola as one of the three main inspirations for the new movie, I still consider it to be a must-read Hellboy story for several reasons.

The Right Hand Of Doom is a relatively low-key story featuring Hellboy recounting his life story to a friend. It’s a great primer story for before delving into Darkness Calls, The Wild Hunt, and The Storm And The Fury. We get to learn more details about Hellboy‘s origins and more subtle clues that hint at his eventual destiny.

It also explores and revisits several key stories from Hellboy‘s past, including Seed of Destruction and a few more. This is also when he starts questioning his destiny, the beginning of a journey that will lead him to his future adventures.

I still can’t fathom how Hellboy in Mexico became one of the character’s most iconic stories. It doesn’t contribute much to Hellboy‘s grand narrative, but the sheer fun nature of the story turned it into something more.

It’s a good side tale detailing Hellboy‘s five-month-long break from the BPRD back when he was younger. He was in Mexico for the entire duration and even became a local luchador sensation. The part when he fights a bat-wrestler will be immortalized in the 2019 Hellboy trailer (as seen in the trailers).

Admittedly, there are many more Hellboy stories that deserve to be on this list.Â There’s only one version of Hellboy, so there’s no convoluted continuity to worry about if you’re interested in checking out the source material.

In the meantime, check out my breakdown of the two Hellboy trailers here and here.

Stranger Things Season 4 Premieres This May

Narita Boy Walkthrough & Level Guide: How To Wake The F*** Up, Samurai