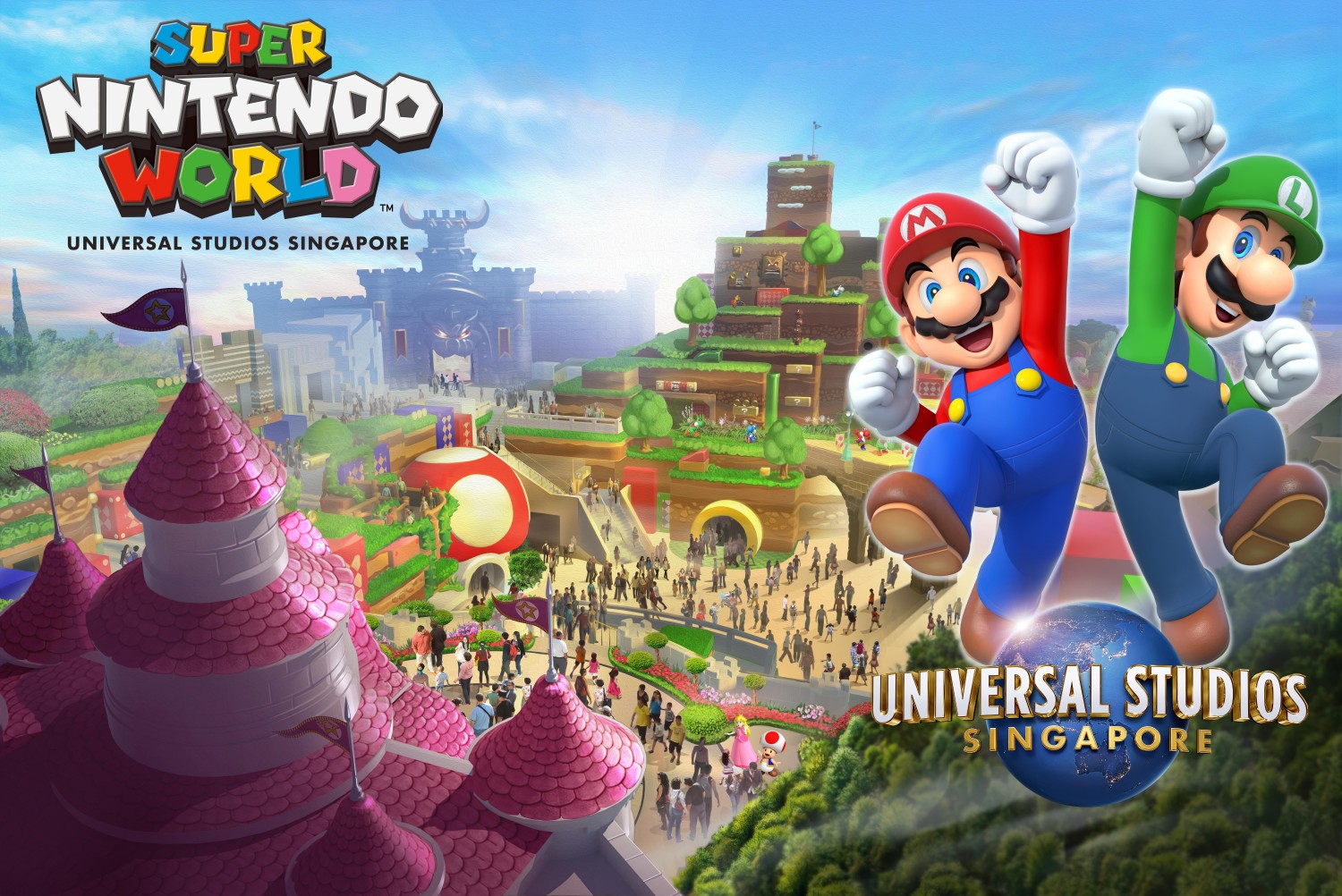 The Universal Studios Singapore (USS) theme park just south of Malaysia will have its first-ever expansion to host a slew of a new generation of attractions, especially those who grew up with Nintendo games and Illumination Entertainment cash cows.

This S$15 billion (RM45 billion) investment by Resort World Sentosa (RWS) will see the expansion of the theme park and will extend the park to include two new attractions, which would be Super Nintendo World and Minion Park.

Naturally, the Super Nintendo World attraction will feature Mario, the main icon of the brand, as well as other characters from the household brand. It will also feature attractions designed like the levels from Nintendo games.

On the other end of the spectrum is the Minion Park which revolves around Illumination Entertainmentâ€™s Despicable Me franchise and would definitely feature the annoyingly cute little yellow Minions.

The Minion Park will have the Despicable Me Minion Mayhem 3D ride as its main attraction. The ride would be similar to the Transformers: The Ride experience, but this time you’ll be working with the Minions to enact Gru’s schemes in a family-friendly experience. This park will replace the Madagascar Area.

The plans also include a rebranding of the S.E.A Aquarium. It will be renamed the Singapore Oceanarium and will feature three new zones: the Evolution & Extinction zone, the Exploration & Deep Ocean zone, and the Conservation zone.

New entertainment options will also be available in the future such as the Adventure Dining Playhouse which offers a pirate-themed dining experience.

There will also introduce a new Waterfront Lifestyle Complex that will be part of a complete overhaul of the current promenade. The complex would house two hotels as well as a variety of retail options to invoke an exciting 24-hour premium lifestyle venue for visitors.

According to Channel News Asia, the expansion would come in stages, beginning as early as 2020 and is slated to be done around 2025. That’s quite a wait, but at least it’ll be easier to fly down to Singapore for this instead of visiting the New York Nintendo store for your quick weekend Mario-themed fix.

EA Will Remove All Russian Teams From Its Sports Games