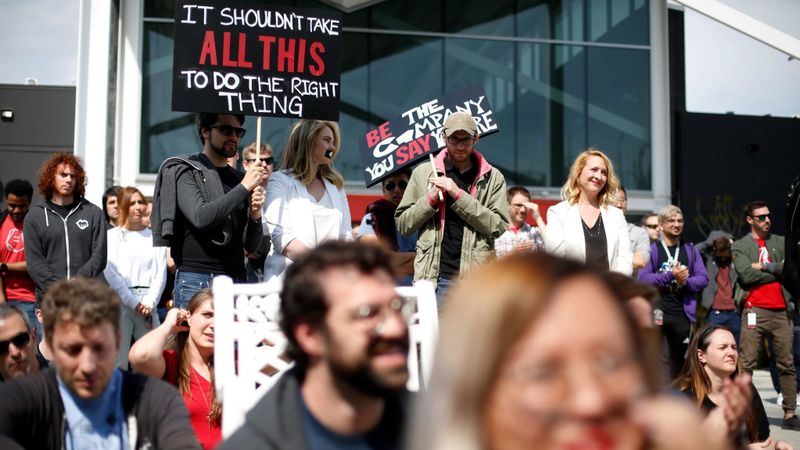 The planned Riot Games employee walkout protest happened yesterday, with over 150 of them gathering to show their discontent and dissatisfaction over the company’s gender discrimination and sexist work environment, as well as forced arbitration.

These Riot employees stood in the parking lot on the Riot Games compound, holding signs and giving speeches. In an interview with Kotaku, Riot Games social listening strategist Jocelyn Monahan (who participated in the walkout) said:

“Weâ€™re asking that forced arbitration be ended for all past, current, and future Riot employees, including contractors and in current litigation.

Riot Games’ Response To The Walkout

Their response has been surprisingly mild. In an email sent to Kotaku, a company representative said:

â€œWe respect Rioters who choose to walkout today and will not tolerate retaliation of any kind as a result of participating (or not).â€

Near the end of the walkout, Monahan announced that if Riot Games fail to implement any changes on their forced arbitration stance by 16 May 2019, everyone who participated in the walkout will take further action. However, it remains unclear what exactly “further action” means at this point in time.

Though Riot Games promised that there won’t be any retaliation, some of the protestors still professed fear that there might be unforeseen or unexpected consequences from their walkouts and demonstrations. Nevertheless, they will keep on going as long as Riot Games stay silent on the matter at hand.