Save Lives With The Power of Math 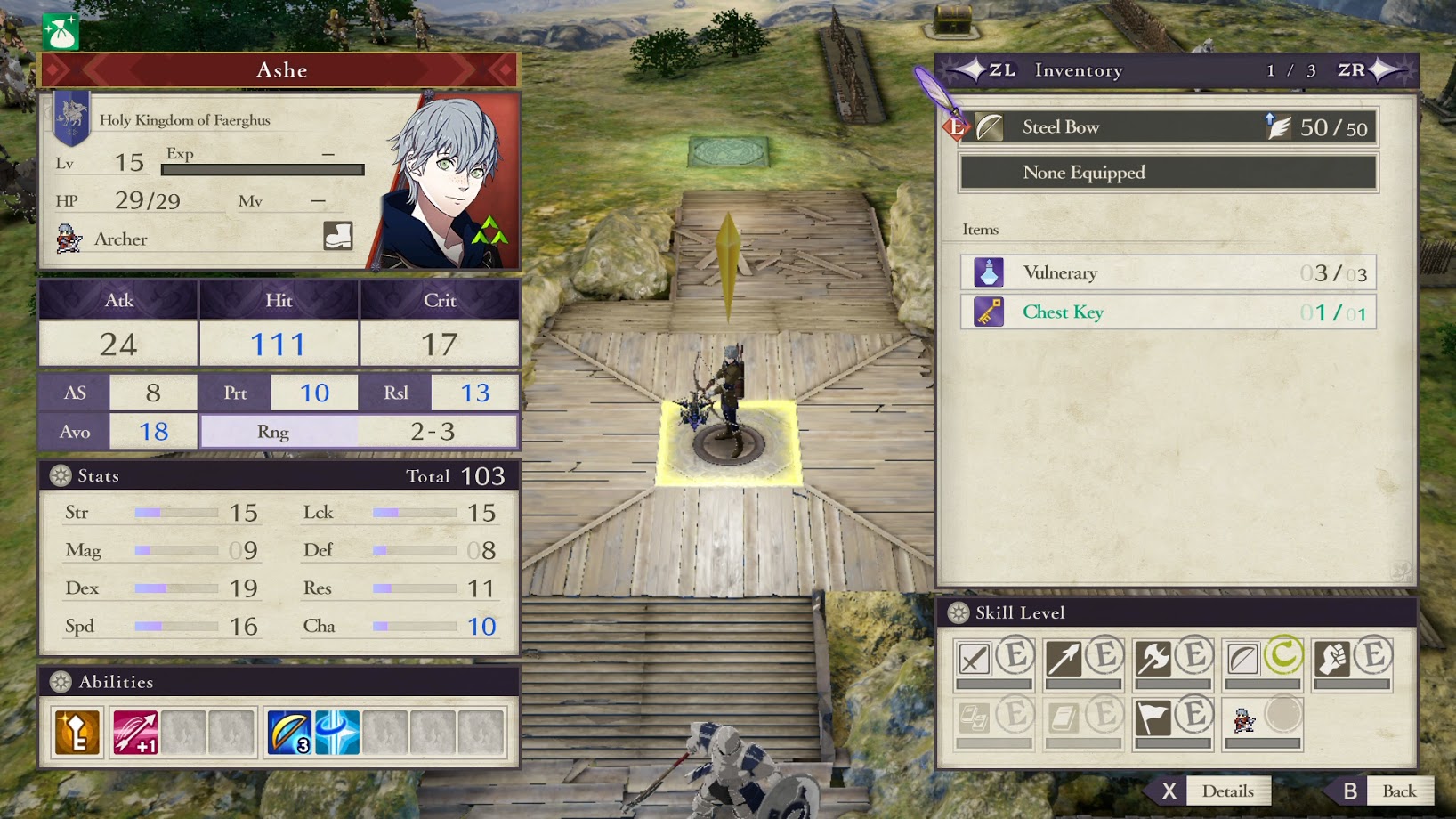 As a tactical RPG, Fire Emblem: Three Houses is a game that deals with a lot (a lot) of numbers. While you can reasonably estimate that a unit with 15 Defense and 5 Resistance may be weaker to 20 Magic than 20 Strength, itâ€™s always valuable to know what all the mumbo jumbo actually means.

For instance, imagine that a unitâ€™s weapon is a physical axe with 5 Might (Mt). This will be added to the unitâ€™s 20 Strength to get 25 overall Attack. When used against a unit with 15 Defense, this will net you 25 â€“ 15 = 10 damage. This value is then deducted from the enemyâ€™s total HP. Magic users use the same sort of calculation but against the opponentâ€™s Resistance stat.

Another important battle aspect that you will see often is double attacking. This is based on two unitsâ€™ respective Attack Speed (AS). If one is higher than the other by a value of 4, the unit will attack twice, often leading to devastating damage. AS also affects your Avoid rate, with a higher value meaning youâ€™re more likely to evade incoming attacks. The formula is as follows: Attack Speed = Speed â€“ (Weapon Weight â€“ Str/5).

With this in mind, as a rule of thumb, youâ€™ll want to keep your slow units away from units with higher AS unless your units have high Defense or Resistance to withstand the blows.

Of course, there are also some aspects of the game that use more complicated math formulas. Besides the simpler damage and attack speed calculations, there are hit rates, critical rates, bonuses based on terrain and weapon weaknesses, and more. You donâ€™t have to know the calculations for these, but it helps to know all of the factors that can influence these values.

For now, hereâ€™s a list of the key character stats and what they generally do:

Amazon Prime has unveiled the first teaser trailer for The Boys Season 3. Running at under two minutes long, it doesn't feature a single line of dialo...

What makes an effective horror game? Sometimes it may be the thrills and the jump scares, but other times it's the atmosphere and sense of dread that ...

Feature
Will Samurai Shodown Have A Landmark Showing In EVO 2019?

As with any game starting out its esports journey, you can't help but feel skeptical for a competitive title you love even if it's the best thing out ...