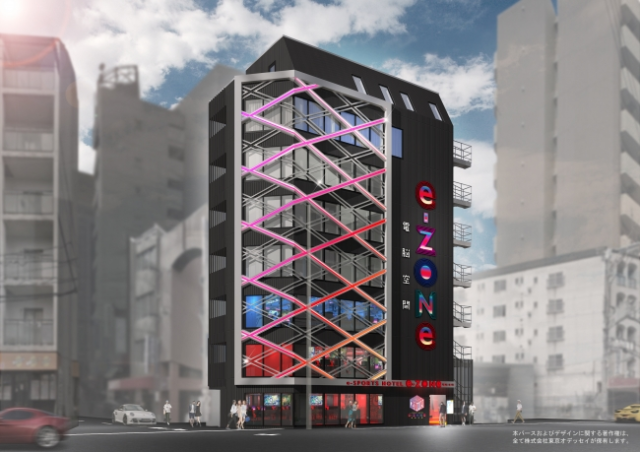 Japan will be getting its first esports hotel in April 2020, which will be opening in the Osaka’s famous geek-oriented district Nipponbashi. The hotel is named e-ZONe Denno Kukan (directly translated as electric mind space e-zone), or officially Esports Hotel E-Zone Cyberspace in English.

The Japanese esports hotel will be nine stories tall (including the basement), with the first three floors entirely dedicated to gaming, featuring over 70 high-spec gaming PCs and live-streaming equipment.

Only the fourth to eighth floors will actually be sleeping accommodations for visitors, but one of the floors will have special rooms with in-room gaming PCs. The prices for these rooms have yet to be announced.

However, since the buildingâ€™s basement is going to house shared shower facilities and considering the relatively young median age of esports enthusiasts and gamers alike, the room prices will likely still be affordable and not too expensive, fingers crossed.

It’s not a coincidence that the esports hotel resides in the same district as the headquarters of both gaming giants Capcom and SNK. In the meantime, check out the pics from inside the esports hotel, courtesy of soranews24.