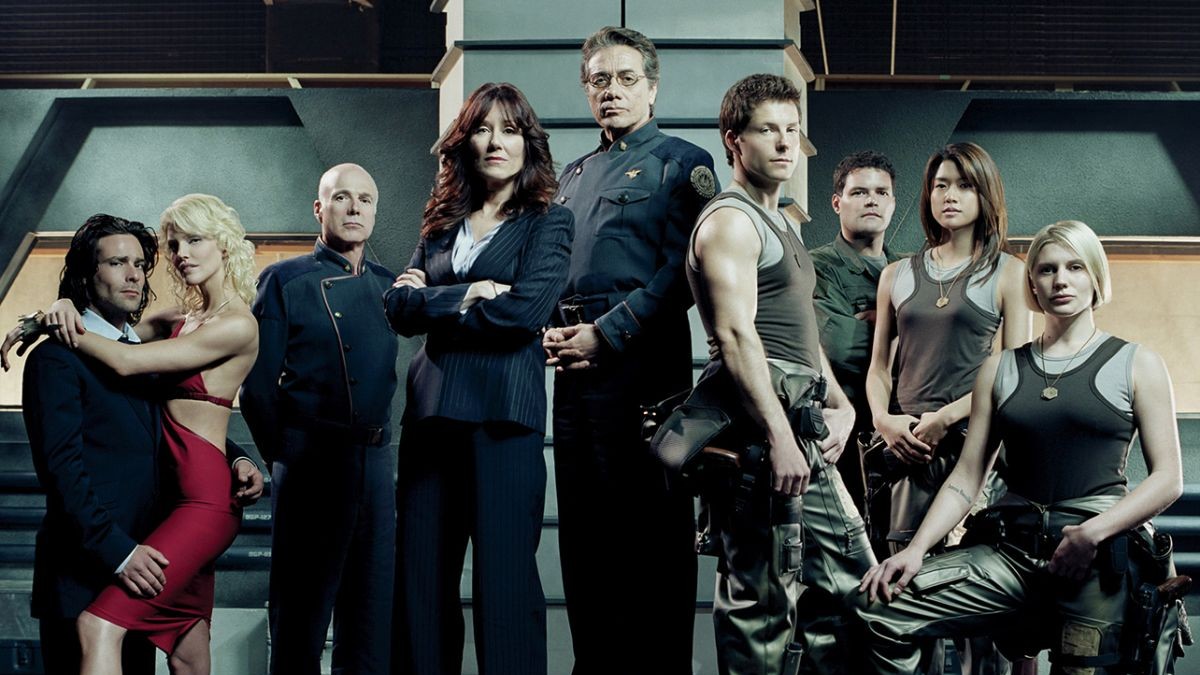 The creator of the critically-acclaimed show Mr. Robot, Sam Esmail, shocked fans of the iconic 2004 Battlestar Galactica (BSG) series when the news initially broke online several days ago that he will be helming a reboot or remake of the beloved science fiction show.

Originally running from 2004 to 2009, the 2004 Battlestar Galactica series by Ronald D. Moore is itself a reboot of the original 1978 Battlestar Galactica by Glen A. Larson. It starred the likes of Edward James Olmos, Mary McDonnell, Katee Sackhoff, Jamie Bamber, James Callis, Tricia Helfer, and Grace Park.

It followed the remnants of humanity escaping from the android race called the Cylons after losing the war. The Battlestar Galactica is the only remaining military ship in the Colonial Fleet, which is where the name of the series is derived from.

However, Esmail himself has clarified the matter via Twitter, stating that his Battlestar Galactica series will not be a reboot, but instead a new story within the established canon or mythology.

BSG fans, this will NOT be a remake of the amazing series @RonDMoore launched because… why mess with perfection? Instead, weâ€™ll explore a new story within the mythology while staying true to the spirit of Battlestar. So say we all!

In other words, it will likely be a sequel or prequel of some sort, just like the Caprica spinoff series in 2010 (which was cancelled after just one season). It could also be possible that Esmail will explore what’s happening in other parts of the galaxy set concurrently with the events of the 2004 BSG series.

Esmail’s new Battlestar Galactica series will be exclusively part of NBC’s new streaming service, Peacock, which is slated to launch in April 2020.

Still Bummed Out By Avengers? Try These Better Comic Book Superhero Games Instead!