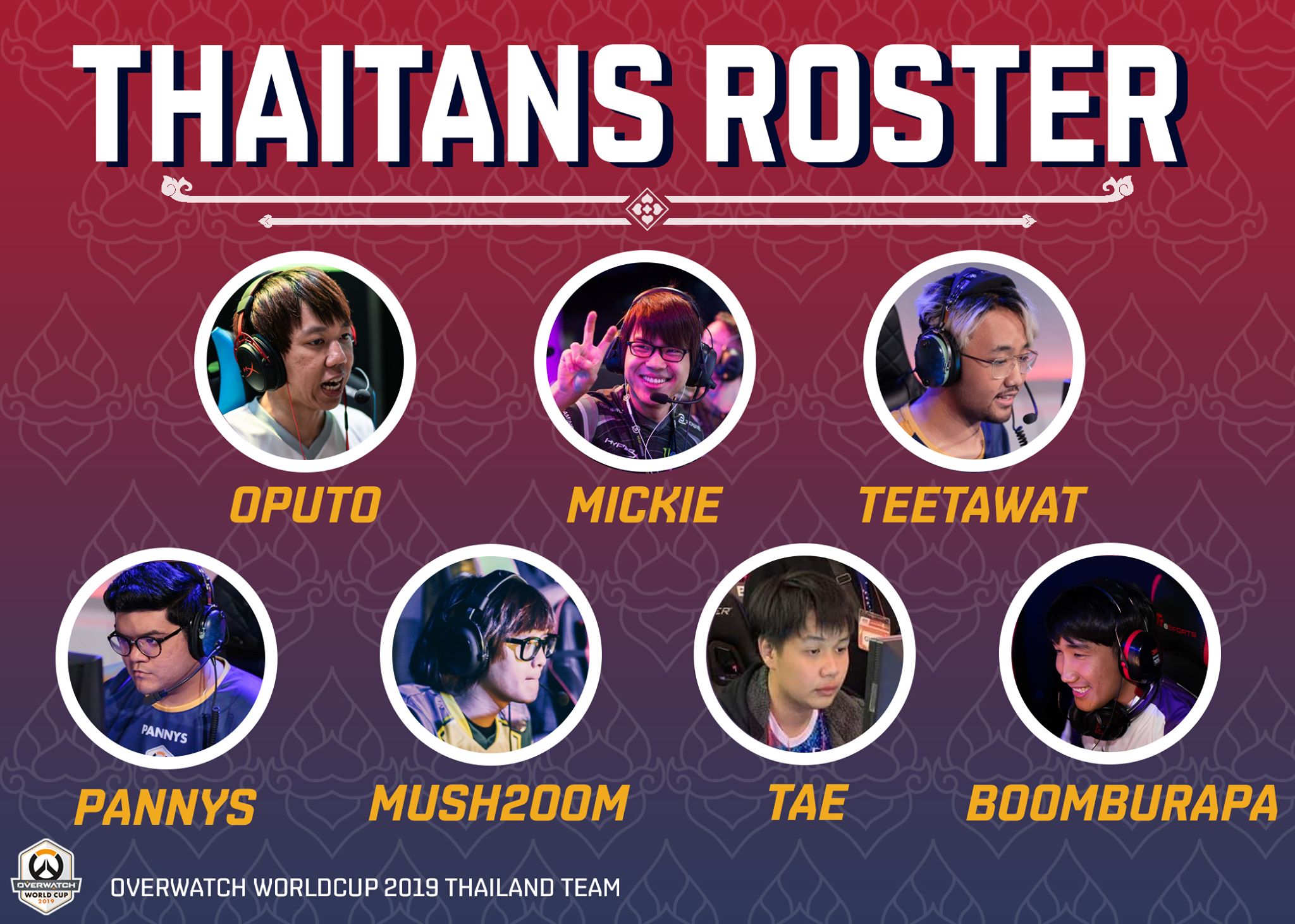 The recent weekend has been an exciting for Southeast Asian Overwatch fans as we got to see 7 teams (one of them dropped out) representing their countries battle it out for a chance to get round-trip flights to Anaheim to compete at the 2019 Overwatch World Cup (OWWC).

The SEA Invitational presented by Overwatch Contenders saw Thailand emerge as champions after beating Hong Kong and Japan in the finals. It’s definitely not surprising as Thailand’s roster is literally filled with professional players such as Dallas Fuel’s Pongphop “Mickie” Rattanasangchod and Talon’s Ubon “oPuTo” Dara.

At the finals, Japan lost to Thailand 2-4 but they put up a good fight and made a praiseworthy comeback after lagging behind 0-3 early on.

The Japanese team was doing very well winning against New Zealand 3-0 on the first day and beating Malaysia 3-0 at the semi-finals. Malaysia automatically qualified to semi-finals after their first-day opponent Taiwan forfeited the match.

All the teams will still aim to compete at the OWWC at Anaheim but team Thailand can rest knowing that their trip there will be fully sponsored.