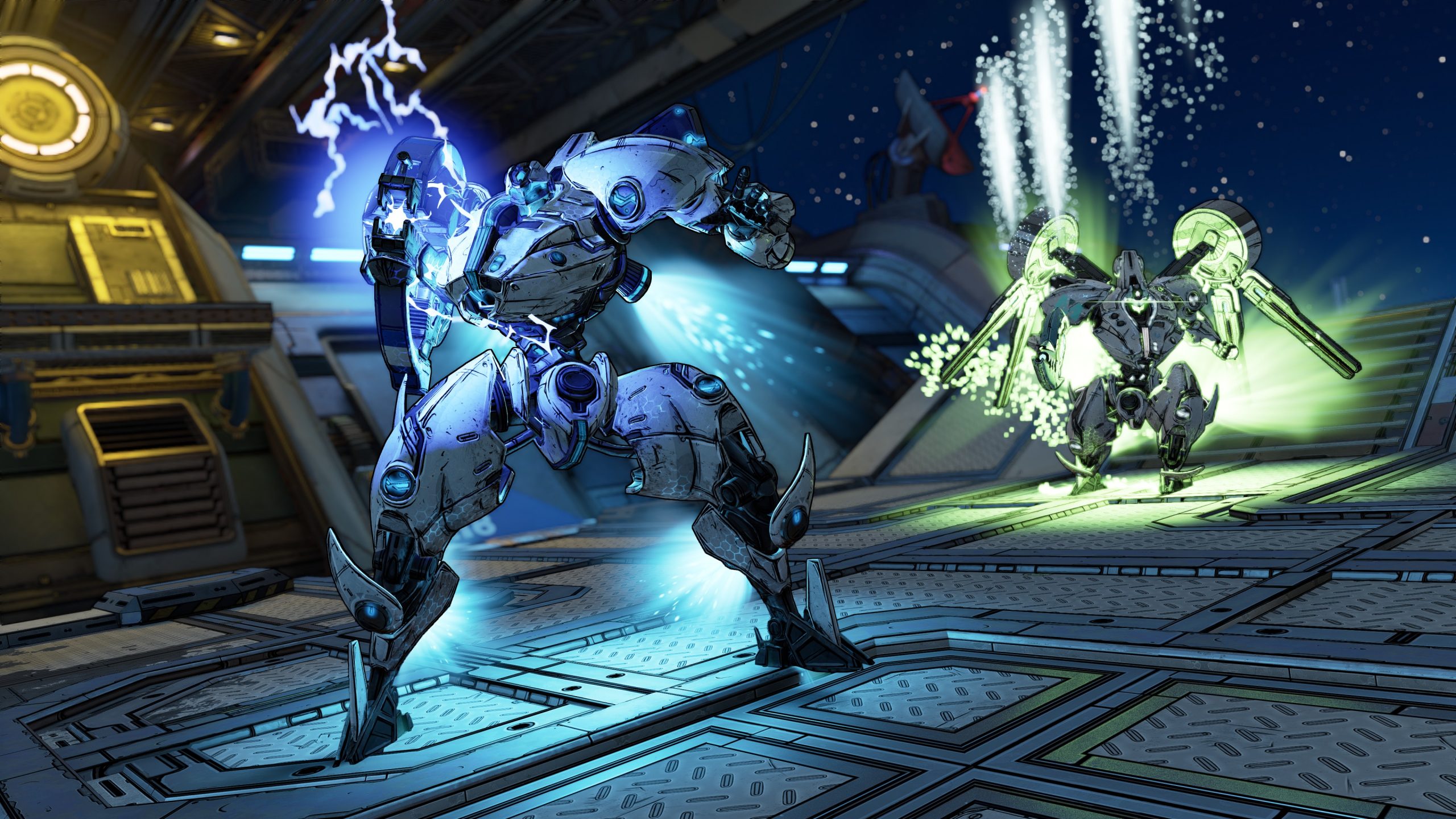 Hope you all have been enjoying this week’s Bloody Harvest timed event fighting Captain Haunt and getting loot. I sure as heck did.

Turns out we’re getting another short DLC mission where we get to fight Maliwan again. Dubbed Takedown at Maliwan’s Blacksite, this permanent four-player co-op Level 50-only mission involves you helping the coffee-addicted Lorelei preemptively strike Maliwan’s most secure facilities. Get ready to fight shielded units, midget NOGs, giant elemental-spewing commanders, and mechas galore.

Two new Maliwan units will be added: a variant on the melee shield units who can absorb elemental attacks and throw it back at you, and a variant on the runners who can turn invisible. Yeah, that’s going to be annoying.Â Check out the Takedown mission in motion at the 1:23:11 mark on the video.

The DLC will be out 21st November. Oh, and Gearbox is giving out free Vault Hunter heads via SHiFT code. Get it below before it deactivates 5th November 12am PST.

Is The Hate For The Last Of Us Part 2 Truly Justified?