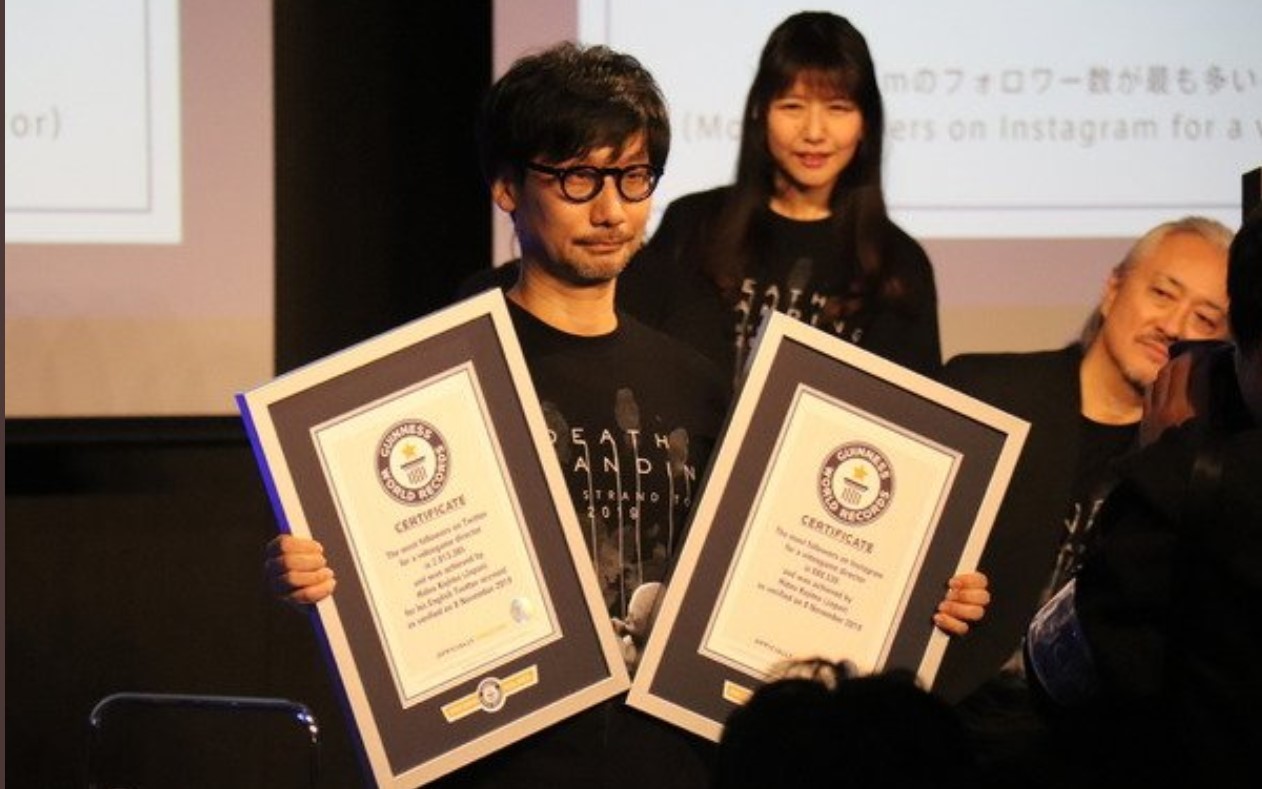 Hideo Kojima is, for better or worse, arguably the most popular figure in the video game industry. He’s friends with famous Hollywood directors and actors, as well as has the uncanny ability to inspire ardent and frantic fandoms.

Now, the creator of the Metal Gear franchise has broken two Guinness World Records only several days from the launch of his latest game, Death Stranding. What are those two world records? Unfortunately for his fans, they have nothing to do with any of his games, and more with his status as a public figure.

Kojima can now boast of being the game director with the highest number of followers on both social media platforms, Twitter and Instagram. At the time of writing, he currently has 2.8 million followers on Twitter and about 888,000 on Instagram. Check out a video of him receiving the awards on the official Guinness World Records Twitter account below.

Game creator Hideo Kojima (@HIDEO_KOJIMA_EN) is now a record holder for:
âœ… Most followers on Twitter for a video game director

âœ… Most followers on Instagram for a video game director#DeathStranding#WorldStrandTour2019 pic.twitter.com/dywSzoNwlE

However, Kojima isn’t exactly the most followed figure in the games industry. That distinction goes to Minecraft creator Markus â€œNotchâ€ Persson, who has 3.7 million followers on Twitter alone.

Other famous figures in the games industry include Oculus CEO John Carmack with 867,000 followers, former Nintendo of America president Reggie Fils-Aime with 459,000, Undertale creator Toby Fox with 674,000, and NetherRealmsâ€™ Ed Boon with 567,000.

In the meantime, check out our review of Death Stranding here, which is out now for the PS4.

We Break Down The First-Ever Borderlands 3(?) Teaser [Update]