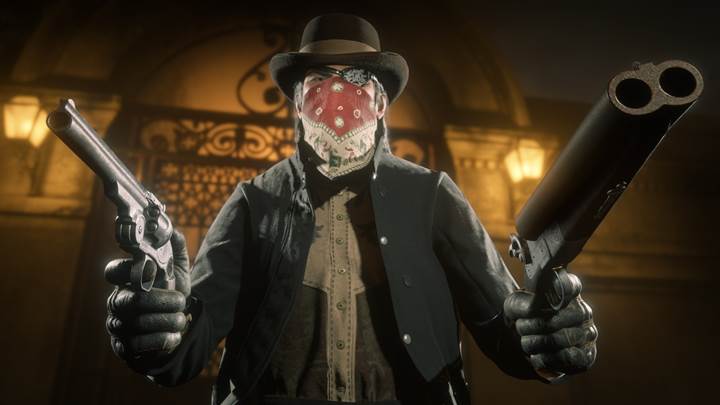 The latest Red Dead Online update is here, bringing a bunch of new content for you budding cowboys and outlaws out there, especially now that the game has been available for the PC since 5 November 2019.

The biggest addition is a new Legendary Bounty named “Yukon” Nikoli Borodin, a Russian-born trapper and hunter with several outstanding warrants from his time spent in the territory of Alaska.

He is currently being sought out for the known murders of several men, as well as the disappearance of a U.S. marshal sent to bring him in to justice. And oh, be prepared to face the wild grizzlies that Borodin holds captive. Borodin and his entourage were last seen in the area south of Strawberry, near Fort Riggs.

In addition to cash money reward, players who turn in this week’s Legendary Bounty will also receive 3 Special Snake Oil and 10 Big Game Meat within 24 hours of completion.

Players can look forward to the Chumley Flat Cap, Salcedo Shirt, Crutchfield Suspenders, a dapper pair of Dress Shoes and tints of the Cardenas Poncho, as well as new tints of the Bandana and Trimmed Bandana. Ladies can also purchase the Ballard Jacket, Aguirre Boots and Goodale Shirtwaist while the men can pick up the dapper Fulbright Coat.

Completing the Bowman’s Collection by returning the Flint Arrowhead, Raw Arrowhead and Agate Arrowhead to Madam Nazar (or mail it via the nearest Post Office) will earn players a pretty hefty sum as a reward.

There is currently a 50 percent bonus on Goods delivery using Small or Medium wagons and discounts that take 25 percent off Trading & Hunter Wagons, as well as a 50 percent discount on Trader Resupply orders. All players can also decorate their campsites with 40 percent off everything sold by Wilderness Outfitters.

Red Dead Online players who connected their Social Club account with Twitch Prime can still claim the Bounty Hunter License for free, including an additional 10 percent off the discounts listed above.

Destiny 2 Reveals An Unlikely Rivalry; Why Does It Matter?