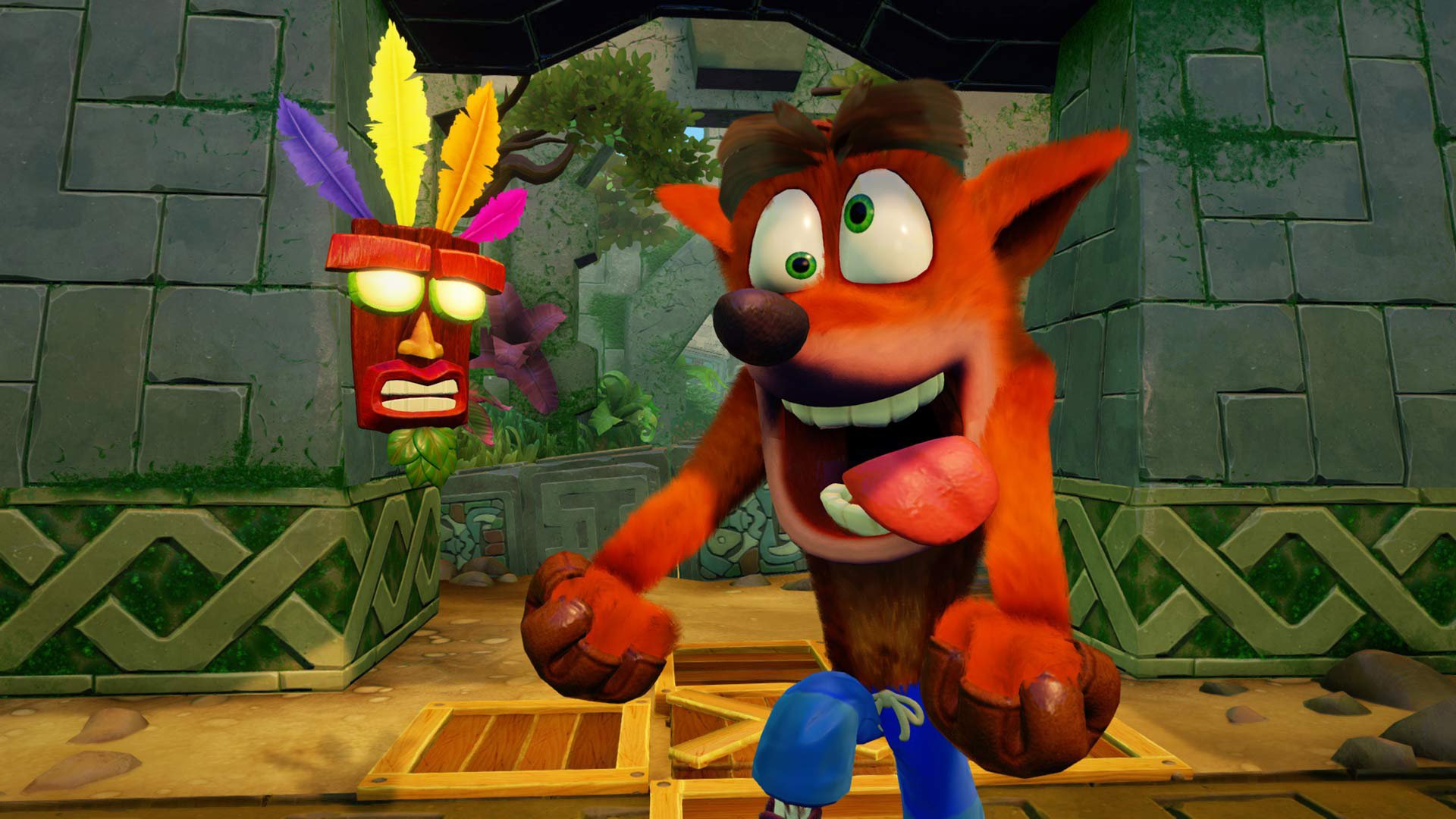 Remember that recently-released intricate PlayStation advertisement featuring all those popular game characters like God Of War‘s Kratos and Crash Bandicoot? Many are speculating that Crash’s appearance in that ad alludes to the alleged existence of a new game called Crash Bandicoot Worlds, which is reportedly in development by Vicarious Visions and Toys For Bob.

In PlayStation’s “It’s Time” commercial ad, a glimpse of a strange never-before-seen floating mask can be seen chasing Crash and Coco beginning from the 11-minute mark. We know of other floating mask characters like Aku Aku and Uka Uka, so rumours are spreading that this could be a mysterious new one from a new but unannounced Crash Bandicoot game.

Adding fuel to the flame, Toys For Bob character artist Nicholas Kole acknowledged the mysterious new mask above in a tweet that only contained the thinking emoji.

In addition, people claimed to have seen new PlayStation ads in the UK featuring a new and improved design for Crash Bandicoot, leading many to assume that this will be his default character model for the rumoured Crash Bandicoot Worlds game.

According to Spiel Times and NintendoSoup journalist @New_WabiSabi, a source from inside Activision has seemingly confirmed that a new Crash Bandicoot game is indeed in development, though it’s not necessarily the same rumoured Crash Bandicoot Worlds game.

Heard from a good Acti connection that Activision does have a new Crash game coming. And no, not specifically that 4chan leak that included World. Canâ€™t deconfirm World, just know thatâ€™s not what Iâ€™m talking about. Vicarious seems to be it, but canâ€™t be 100% on that part.

Otherwise, it could also potentially be a launch title for the PS5 or Xbox Scarlett next year in 2020. In the meantime, stay tuned on Kakuchopurei.