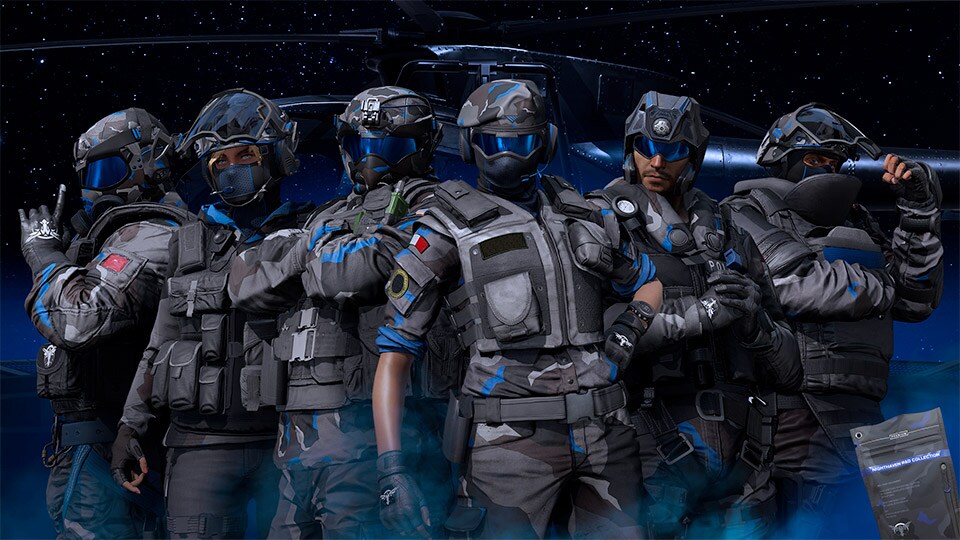 The Nighthaven R&D Collection just launched on 19 December 2019 for Rainbow Six Siege. It’s an update based on the private military company that the two new operators belong to: NIGHTHAVEN.

Operators Alibi, Fuze, IQ, Jackal, Mute, and Rook each gain a set of three items based on the NIGHTHAVEN PMC. There are a total of 18 customisation items and they’re all decked out in the cool blue, black, and gray colour scheme of NIGHTHAVEN plus the company’s logo.

Players will receive one free pack of items the next time they login after updating the game. The Nighthaven R&D Collection will be accessible from 19 December 2019 to 6 January 2020. In that time frame, players can purchase the item packs using both in-game currencies. Each pack costs either 300 R6 Credits or 12,500 Renown.

To know more about Nighthaven, check out the trailer below: