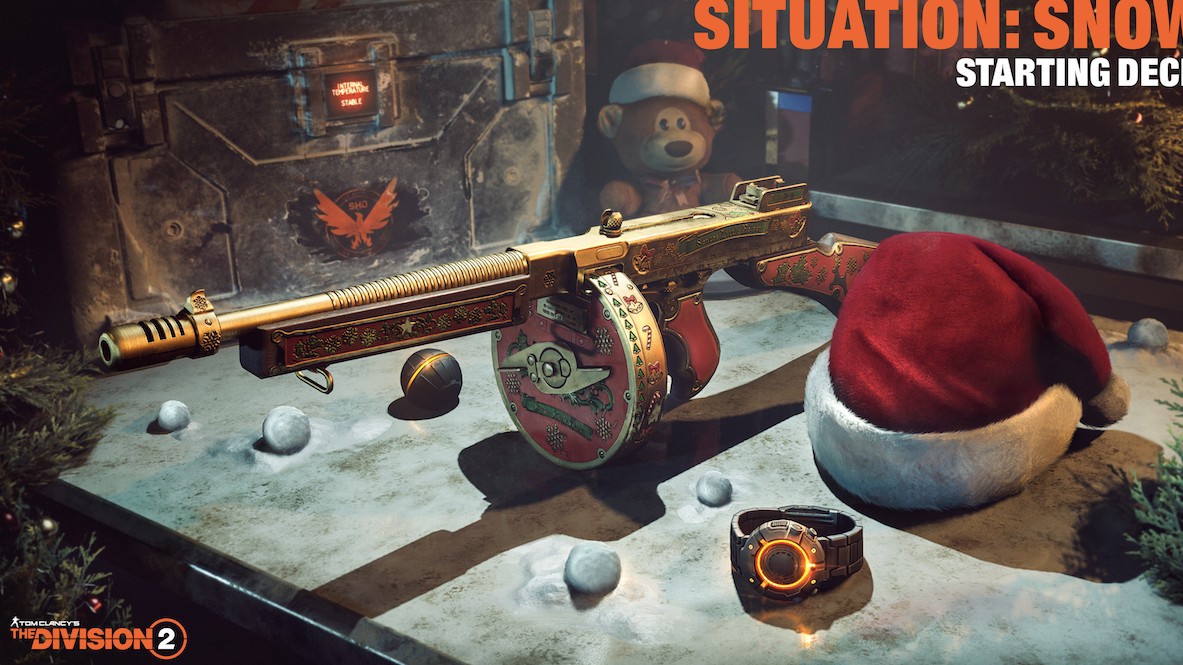 The Division 2â€™s holiday event also begins on 10 December 2019, in which players can look forward to a new permadeath Hardcore mode in title update 6.1, although the developer states that itâ€™s not yet complete.

On the new Hardcore mode, they said:

More work is still needed on Hardcore Mode, but the developers are releasing it in beta because they feel that itâ€™s already a fun addition to the game, and adds something new for players to experience.

To make the game even more festive, The Division 2 will get a new holiday-themed makeover for the login screen, while players can grab a holiday care package that includes a festive Santa hat and three pieces of equipment.

In addition, ambusher crews have a random chance to appear wearing Santa hats. Killing the â€œHoarderâ€ NPC wearing a Santa hat gives the chance of dropping â€œThe Sleigherâ€ (guaranteed to drop the first time), a weapon that shoots snowballs and confuses enemies when hit.

For more details and information, head on over here for the full patch notes. In the meantime, check out the full stream reveal below.

Mobile Legends Malaysia Is Looking For A New Caster