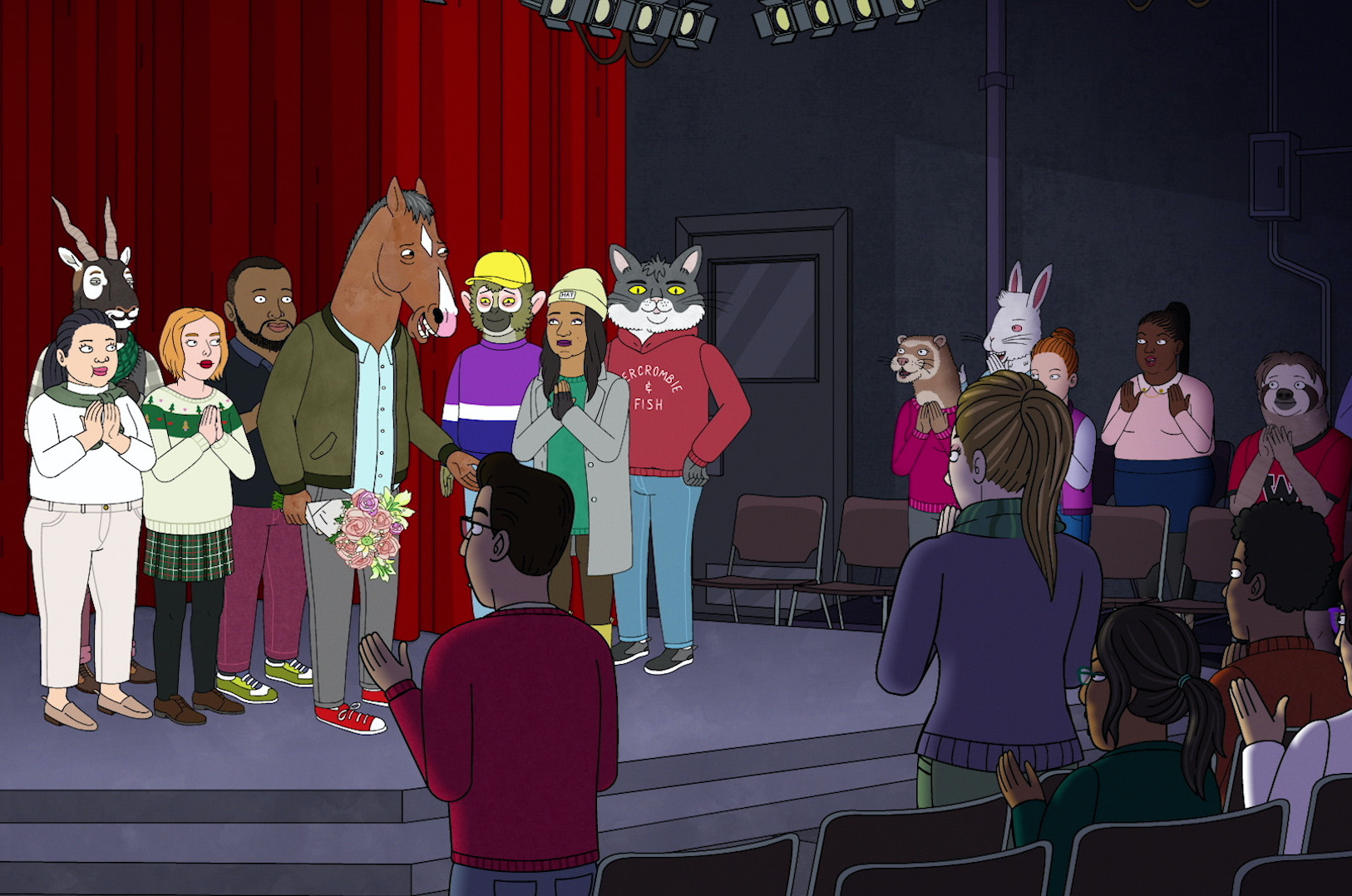 “Life’s a bitch and then you die, right?”

“Sometimes. Sometimes life’s a bitch and you keep living.”

It’s indeed an end of an era as one of Netflix’s longest-running animated drama comedy Bojack Horseman, a show about a former child star who copes with alcoholism and depression, is coming to a close. It’s a sort-of nihilistic show covered up with bouts of surrealistic and pun-filled humour set in a world where humans and anthropomorphic animals live together.

The second half of Bojack Horseman’s sixth and final season ended on an expected yet satisfying note. Well, as conclusive as you can get with a self-destructive character trying to steer his course in life just right but unable to erase his past.

Just when you think the titular horse-person’s life (voiced by Will Arnett in his best role since LEGO Batman) is going to turn out alright with his new teaching job, well it doesn’t. Investigative journalists who talk like they’re from the 40s are trying to rifle through Bojack’s past misdeeds. Does it blow up in his face? Will he meet an untimely end like most folks in this alternate version of Hollywood and Los Angeles?

Well, yes and no. I won’t go into further detail because I highly recommend experiencing it for yourself, but generally it’s what you would realistically expect from someone as half-remorseful as Bojack.

You feel for the guy, and yet you don’t because he ends up reverting back to his ways. For 6 long seasons, he tries to make up for the crappy things he’s done, but it just reels it back and he has to go down kicking and screaming. And he also ends up going into a major void and mind relapse in the show’s penultimate episode “The View from Halfway Down”. Here, he meets some old friends but not in the way you expect.

It’s quite a shocker of an episode and is one of the many reasons why the show is heralded as a pinnacle of drama and comedy. It doesn’t pull its punches.

The show also splits the spotlight with its other characters like former-journalist-and-now-struggling writer Diane (Alison Brie in her best work since Community and Glow) and how she’s coping with living in Chicago with her new bison boyfriend Guy (Lakeith Stanfield). And Princess Caroline (Amy Sedaris) as she still works out a way to balance her work-life and porcupine baby. And Todd (Aaron Paul) and how he’s trying to reconnect with his parents using his patented dumbass schemes. And Mr. Peanutbutter (Paul F. Tompkins) as he comes to terms that his upcoming marriage with a new person is a sham.

I’m really going to miss this series, come to think of it. It continues to blend its absurd premise and comedic setups alongside how one faces his demons and coming to grips with the end.

Season-wise, Bojack Horseman neither takes the schmaltzy path nor goes the incredibly dark and depressing route. It deftly balances itself halfway between the two and sticks the eventual landing.

As a whole series, it starts strong, paces back and forth at medium speed with spikes of drama, and ends the way you expect for such an amoral yet sympathetic character who used to be in the limelight and aims to climb back up while caving to his vices. It’s about as realistic a climax as you can get for a show that emulates real-life drama and the people wrapped up in it.

Except with talking animals. Hey, if all it takes to stand out is to do this while creating compelling narratives, then bring in more Hollywoo shenanigans, I say.

Would a spin-off in the world of the horseman work in the long run? It may dilute the series and what it stands for, but I’m open-minded with more options. But for now, six seasons is more than enough for fans to get newbies to start horsin’ around.

Netflix's The Witcher Showrunner Has Plans For Seven Seasons

Streets of Rage 4 Guide: How To Get S Rank For Each Stage