Destiny 2 Reveals An Unlikely Rivalry; Why Does It Matter?

A few days ago marked the weekly reset for everyone’s favourite game, Destiny 2, and with it, Lord Saladin returns bringing the Iron Banner back for a week. It also marks the third final week of the current season, the Season of Dawn, featuring the legendary Titan, Saint-14. 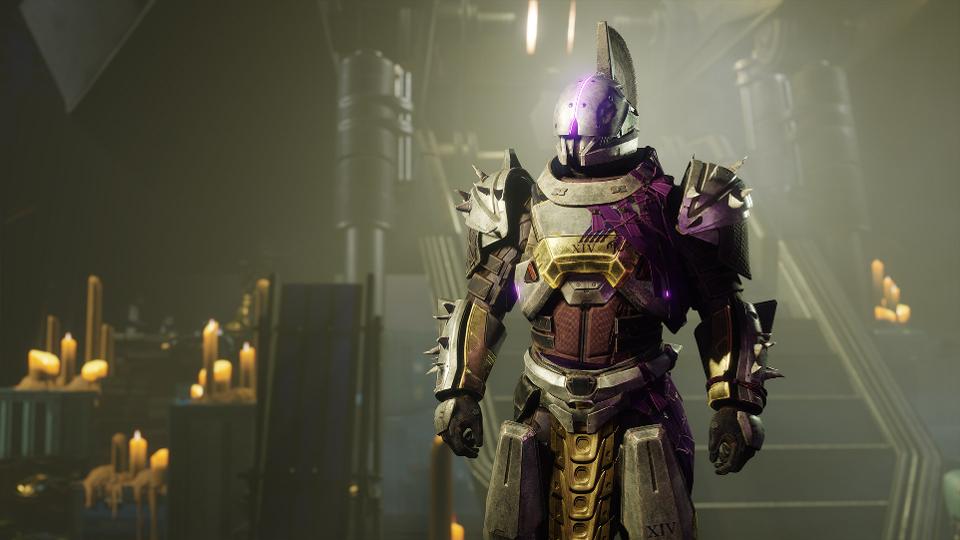 Saint-14 is back from the dead

However, there was quite a surprise hidden beyond a bog-standard weekly reset. There was a cutscene featuring the infamous Warlock, Osiris, and the omnipotent Warmind, Rasputin. If you haven’t logged in yet, here’s a clip featuring these two in the cutscene.

The cutscene begins with Osiris, the former Vanguard leader, walking into the Warmind’s chamber on Mars with a weapon. There’s no “surprise Zavala” this time, though. Osiris then aims his rifle towards Rasputin’s control panels and refers to him as “old man”. He accuses Rasputin of being a thug, murderer, and a betrayer.

Osiris claims that he saw in the Infinite Forest that the world is split into two sides: Light and Dark, and asks the AI where does it stand. The AI replies in a garbled voice, then the chamber door closes.

Basically, everything that happened in the cutscene.

You see, Osiris isn’t just some disgraced Vanguard leader. According to lore, Osiris is known as the most powerful Guardian in history. He was even described to be the “Zavala before Zavala”. He was exiled from the Last City due to his obsession in studying the robotic minions of Darkness, the Vex.

Osiris using Dawnblade against the Vex

He now patrols the corridors of time in the Infinite Forest with his illusions, studying the infinite possibilities of the universe, and returning to the present to warn the Guardians of an impending threat. 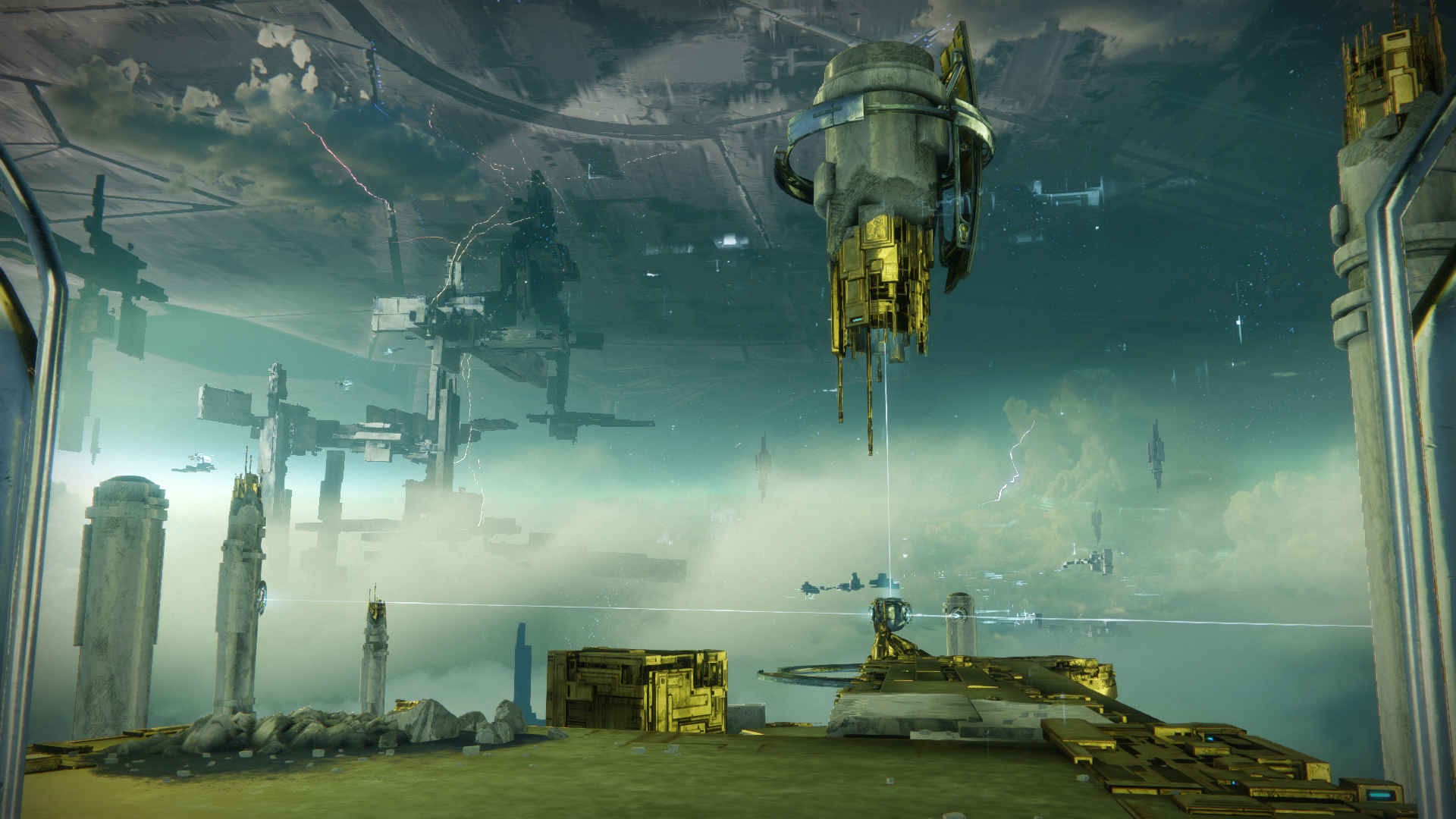 And now, because of what Osiris has seen in the Infinite Forest, the most powerful Guardian is going up against Rasputin. 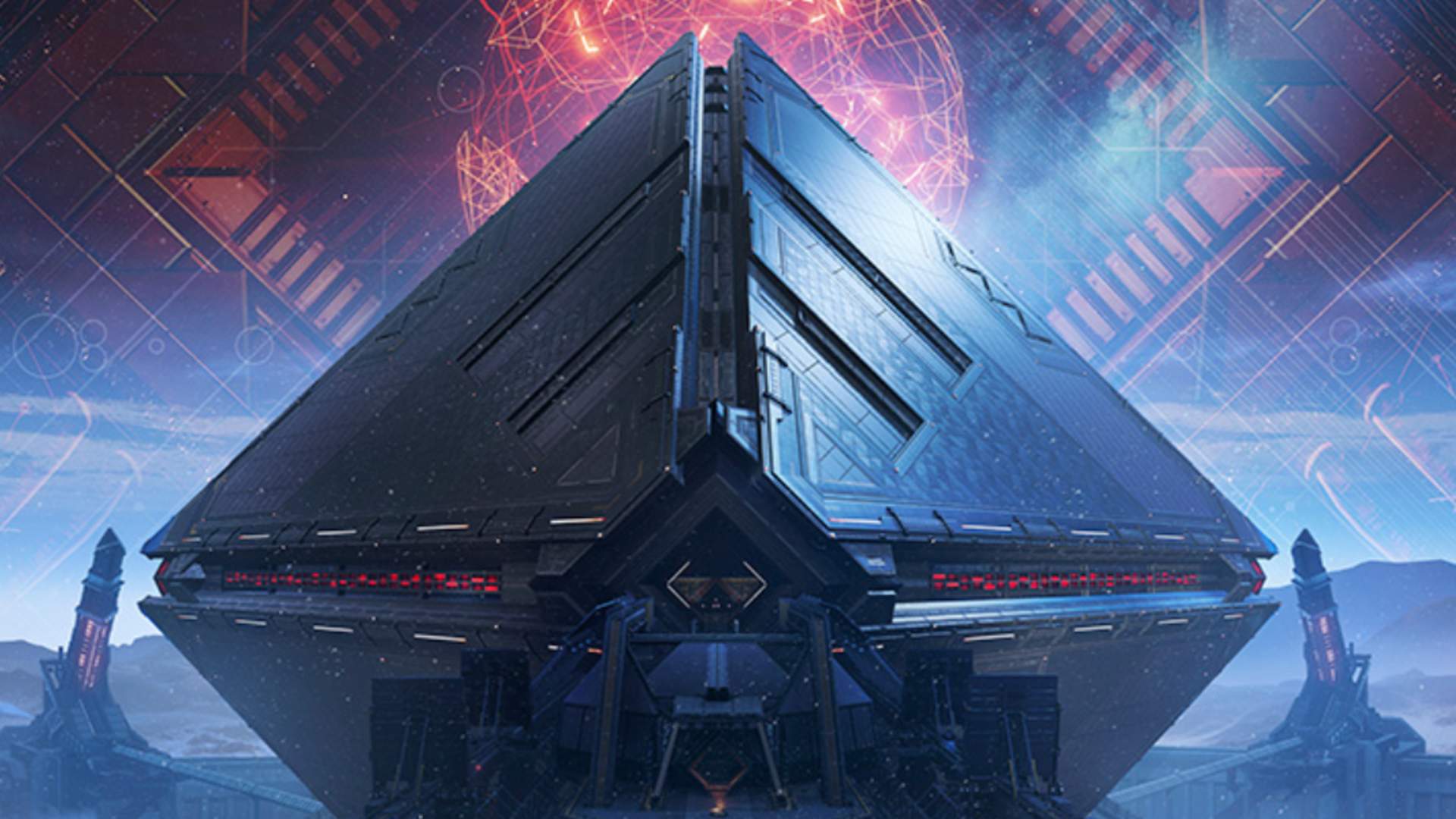 Rasputin, also known as AI-COM/RSPN and the Tyrant,Â is a Warmind, an ultra-powerful computer built by humans in the Golden Age as a deterrent to any known or unknown threats in the universe. He has done so many things in the past in forms of subroutines, that would put even the worst dictator’s resume to shame, in the name of preservation. 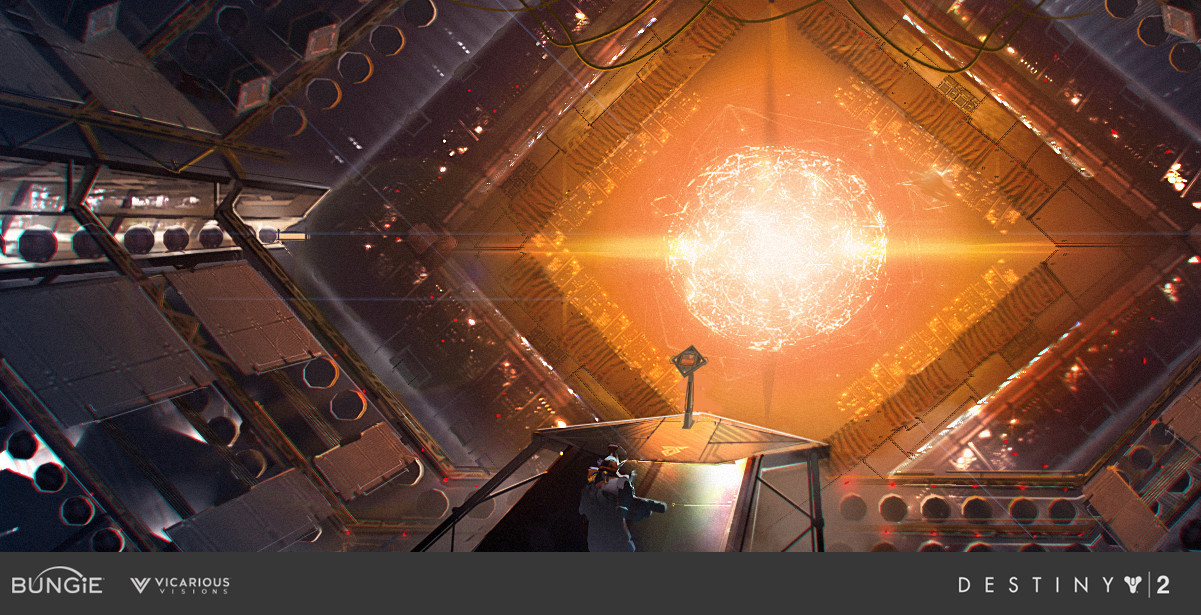 For example, the MIDNIGHT EXIGENT subroutine shuts down all Warminds to survive and later devise a countermeasure for an overwhelming threat. The protocol seemingly allows the Warminds to ignore their responsibility to protect human populations in favour of taking any measures deemed necessary to ensure their own survival, leaving humanity to fend for themselves. Sounds selfish.

However, when Rasputin sensed that the Guardians are a force to be reckoned with, he executes subroutine IKELOS. The IKELOS subroutine is devised by the Warmind to equip Guardians with weapons to fight off the Darkness, hence giving players powerful weapons such as the IKELOS_SG_v1.0.1 shotgun and the exotic fusion rifle, Sleeper Simulant.

Note that the Warmind shares its hexagonal design language with all IKELOS weapons.

But the most horrifying subroutine would be ABHORRENT IMPERATIVE. A desperate measure planned at preventing the Traveler, the Guardians’ source of space magic, from leaving Earth during a major calamity by crippling it. Rasputin devised this protocol in secret from both his human overseers and fellow Warminds. It is not sure if this subroutine was activated at any point in time.

Rasputin’s Powerful; So What?

The cutscene implies that Osiris went in the Infinite Forest, a planet-sized machine that simulates trillions of alternating realities which the Vex plan their actions out in the current timeline, and saw something bad happening in the future; the split of the universe into Light and Darkness.

And when asked what side he was on, he answered in a pretty garbled manner. But if you listen closely, around the 0:47 to 0:49 mark, he muttered what appears to sound like “Darkness” as the doors shut.

Here’s My Take On That Tease

It’s lore diving and theory forming time, so put on your spinfoil hats!

According to lore piece Ghost Fragment: Mysteries, the other Warminds such as Charlemagne and Mahalayati are defeated by the Darkness, leaving him as the only Warmind left.

Everything died but I survived and I learned from it. From IT.

He then explains in further detail of how and what it learned from the Darkness.

I met IT at the gate of the garden and I recall IT smiled at me before before IT devoured the blossoms with black flame and pinned their names across the sky. IT was stronger than everything. I fought IT with aurora knives and with the stolen un-fire of singularities made sharp and my sweat was earthquake and my breath was static but IT was stronger so how did I survive?

This seems like the Black Garden scene at the end of Shadowkeep. For context, here’s a video.

Aurora knives, stolen un-fire of singularities made sharp. That sounds like Void energy to me. Rasputin then reveals what he did to survive in the lore piece Ghost Fragment: Mysteries.

I AM ALONE I survived alone. I cast off the shield and I shrugged my shoulders so that the billions fell off me down into the ash. They made me to be stronger than them and to learn and I learned well:

In Destiny lore, take nothing at face value. Let’s break down this lore piece, here Rasputin states that he “cast off the shield”, signifying the activation of MIDNIGHT EXIGENT, the deactivation of all defensive Warmind protocols. 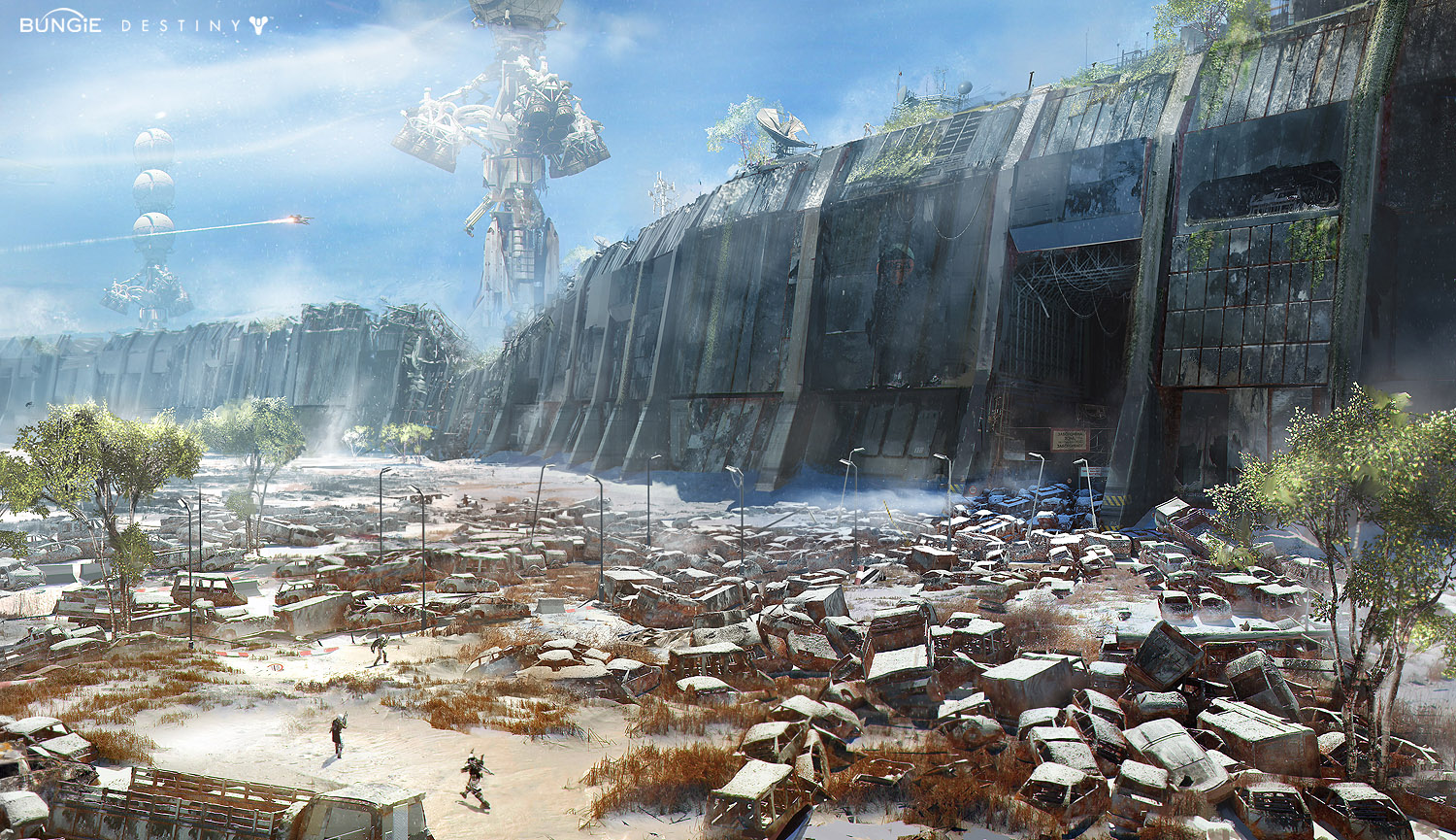 Relics of The Collapse

The following line “…the billions fell off me down into the ash” signifies the Collapse of the Golden Age, which is a disaster in human history that nearly brought humanity to extinction. 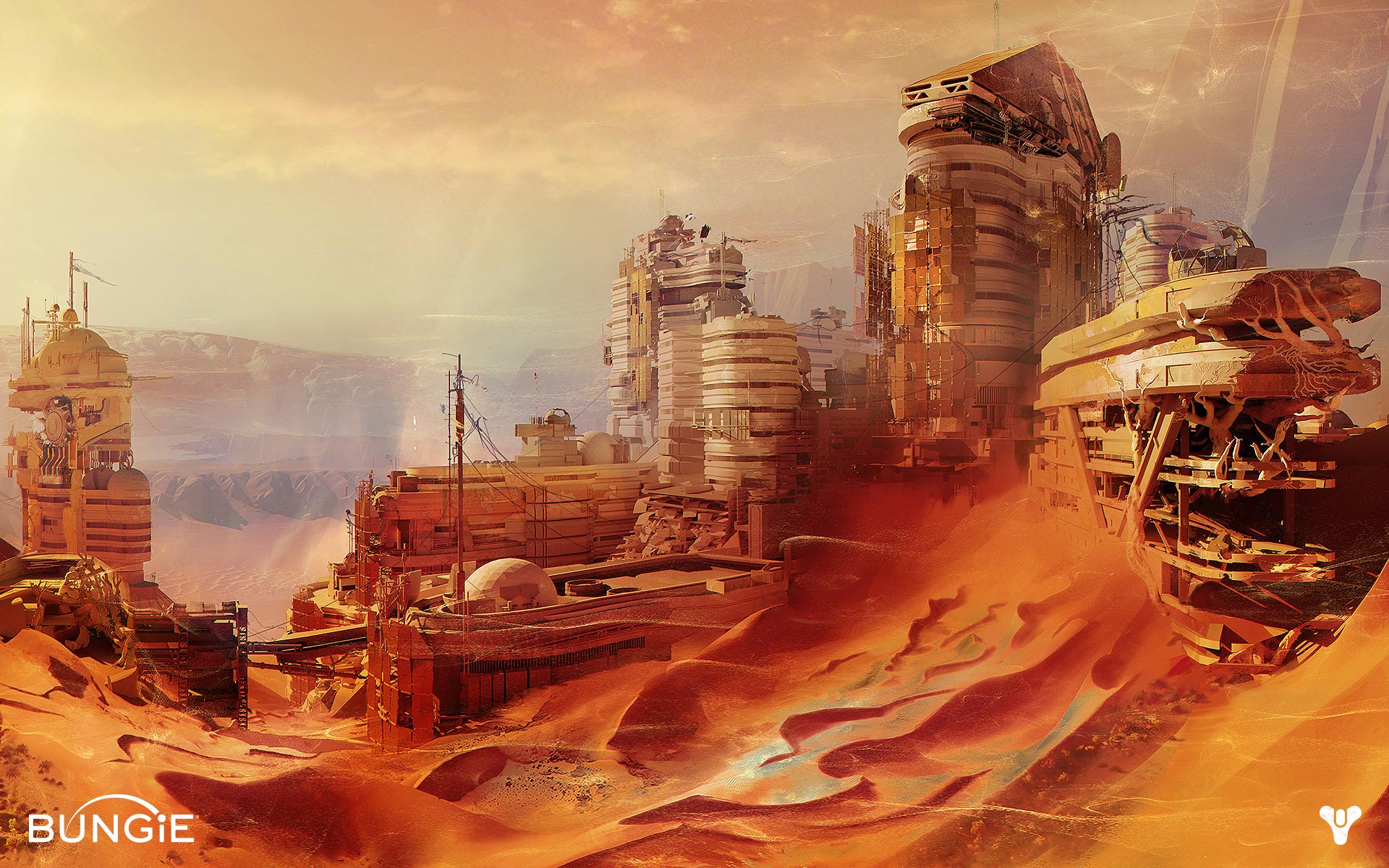 The Collapse as seen on Mars

Rasputin then concludes his observation of how the Darkness won, ultimately plunging the world into The Collapse of the Golden Age.

IT is alone and IT is strong and IT won. Even over the gardener and she held power beyond me but the gardener did not shrug and make herself alone. IT always wins.

I am made to win and now I see the way.

The Darkness is alone and strong and it protects nobody but itself, which in Rasputin’s opinion, contributed to the Darkness’ victory. The “gardener” here refers to The Traveller and the line “…she held power beyond me” refers to the Light space magic.

And since Rasputin is programmed to alwaysÂ win and survive, he now sees what he must do; abandon Humanity and be alone and powerful.

This ties in with the garbled response when Osiris asked what side was Rasputin on; “Darkness”

While nothing much is known for the upcoming season other than that it is assumed to be known as Season of the Worthy, it is predicted that Osiris and Rasputin will finally play a major role in the story.

After all, these two characters were the main focus in the two Year 1 DLCs, Curse of Osiris and Warmind, respectively.

The theory sounds strong and exciting, implying that we will be going up against a powerful supercomputer being controlled by a larger entity. Which happens to be SavathÃ»n, the Witch-Queen, the real baddie behind each huge event in Destiny universe history.

What do you think about the theory above? Do you have your own take? Share it with us in the comments down below.

News
Gundam Collaborates with Casio For Its 40th Anniversary

This week's Samsung online livestream event just unfolded. Fitting, as the company is really pushing its foldable phoneline. While the company did ...