The debut of Sam Raimi’s first Spider-Man movie is a historical event in comic book film history. Many would argue it was the true beginning of the masses finally buying into the appeal of the genre. Many other superhero movies were made prior but almost none were as culturally impactful.

Fast forward to 2019, and we now have eight Spider-Man blockbuster movies. For those of you who have a Netflix account, I’m happy to inform that all eight movies are available on the platform.

Eight movies is a lot. It’s going to take you more than 16 hours to finish them all. You can definitely do that if you want to but if you don’t have the time and want to only experience the best Spider-Man movies, then I’m here to help you out.

The following is a ranking of the above eight Spider-Man movies, starting from the worst and ending with what I consider the best. 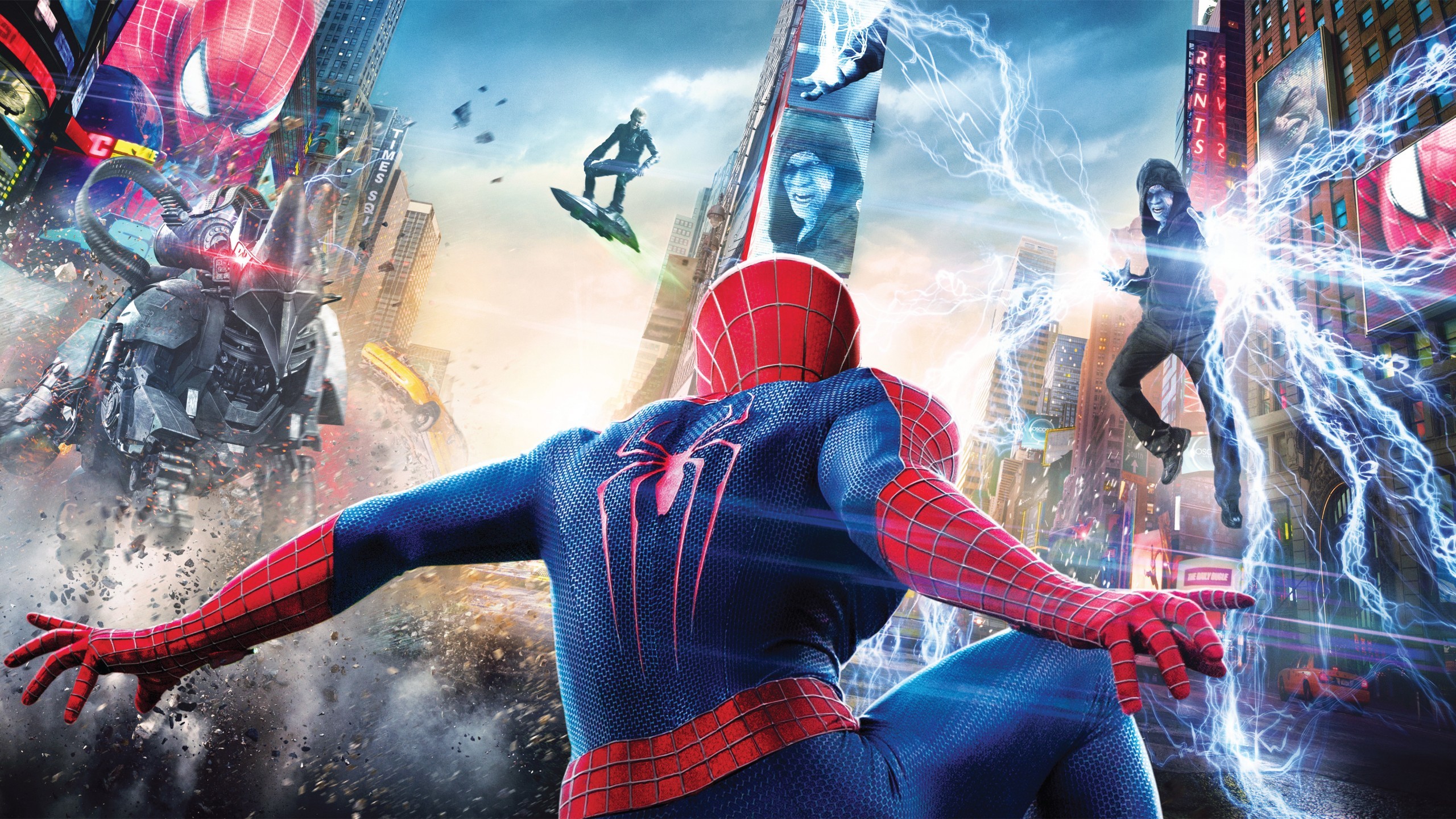 The Amazing Spider-Man series is a mess. Nowhere is that more apparent than in the sequel. It was so badly received that Sony decided to abandon their plans of making the third movie in the planned trilogy.

It transitions from the first movie as smoothly as The Last Jedi transitions from The Force Awakens. From the get-go, there’s a clear ignorance of what Spider-Man learned in the previous movie and he then proceeds to make more mistakes along the way.

If all these miscalculations led to Peter Parker learning some sort of lesson at the end of the movie, then it would be somewhat justified. Unfortunately, that doesn’t seem to be the case. In the end, we are treated to another “mourning in the cemetery” scene which is exactly how the first movie ended.

The movie’s attempt at webbing up multiple plotlines does not work all that well either. Instead of feeling like a movie with three stories heading in the same direction, it felt like watching three different movies miserably trying to meet at a shared ending. 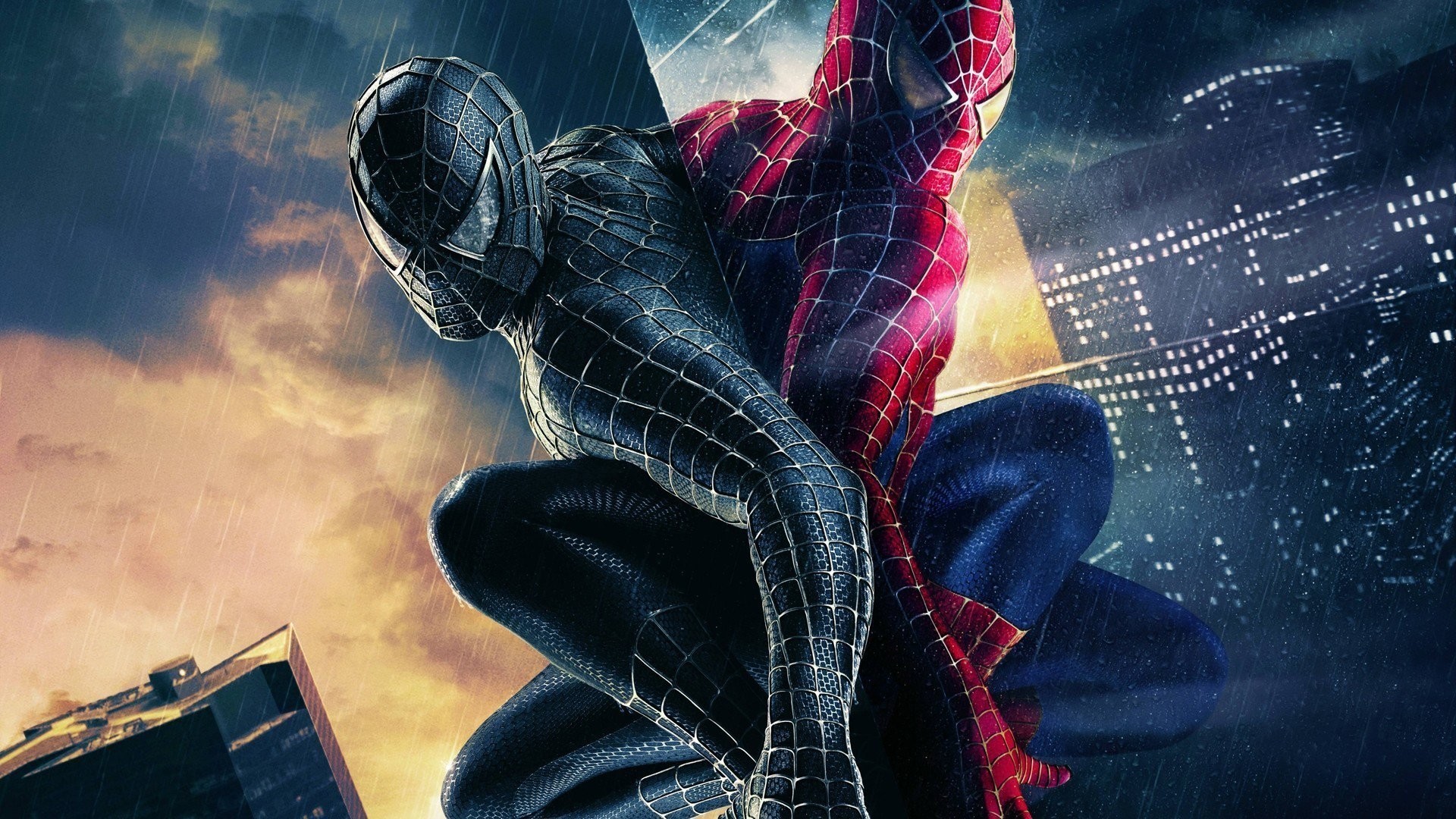 The worst two Spider-Man movies on this ranking share one major similarity: Both of them attempt to tell more than one story at a time.

Don’t be fooled, my dear friends. The “3” in the title isn’t just there to tell you it’s the third movie but to also let you know the number of villains they’ve crammed into it. More is better, right? Wrong!

Fans cheered when they found out that the Eddie Brock version of Venom would be appearing in the movie. Since the movie had to make space for the other villains Sandman and New Goblin, all three ended being somewhat underdeveloped.

If that’s enough, they also wanted to cram in a love triangle! Not only does Parker have to put his life on the line going against three supervillains but also engage in the fatal activity of balancing two girlfriends. 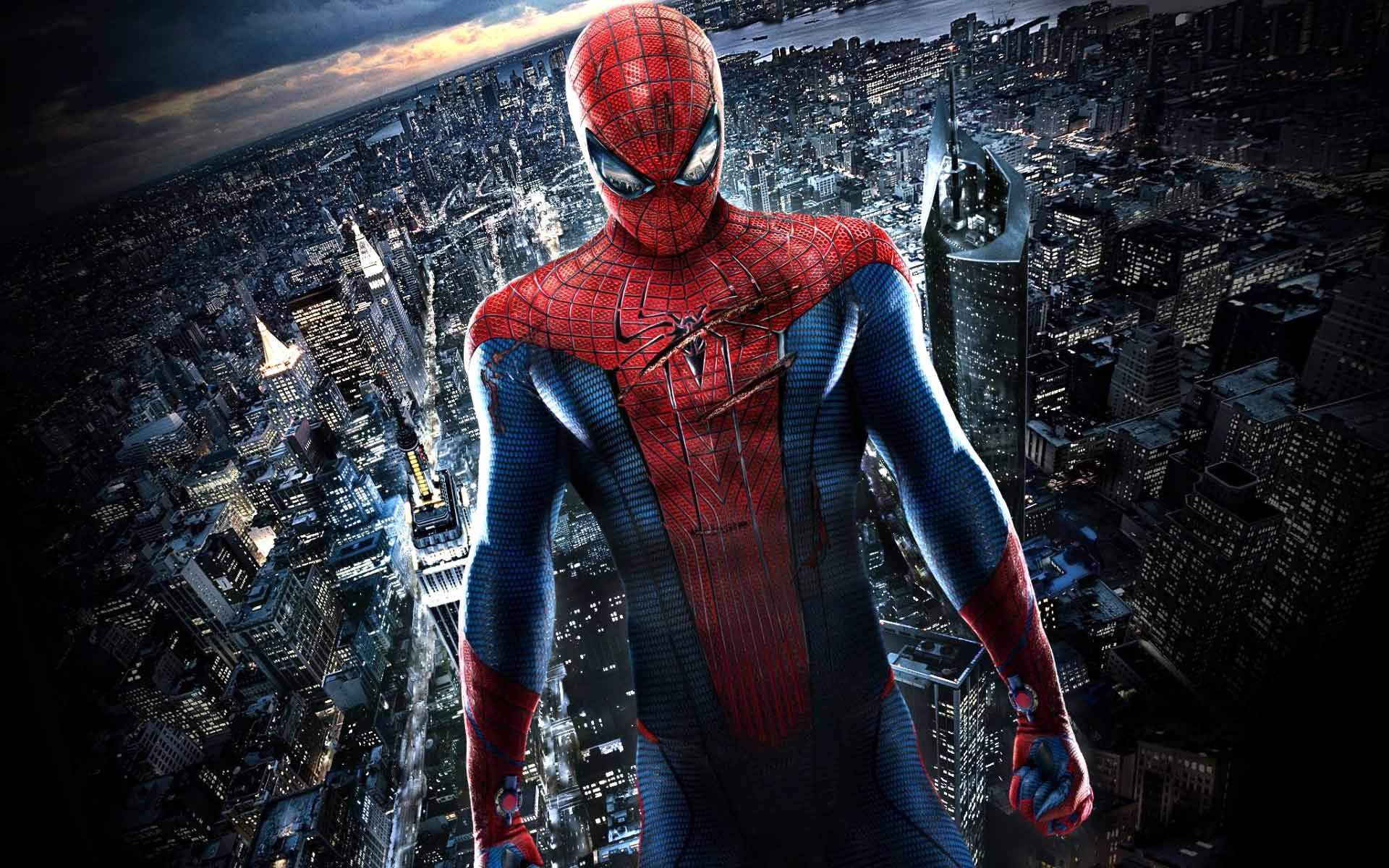 I truly appreciate Marc Webb’s sincere attempt at trying to reboot the Spider-Man movies. Raimi’s Spider-Man 3 made a lot of people lose interest so a new Spidey had to rise from the ashes of Tobey Maguire Spidey.

Let it be known that I consider Andrew Garfield a great choice for Spider-Man. Unfortunately, I don’t share the same sentiment when it comes to him being Peter Parker. The two are the same person but different characters.

Garfield excels at being a wise-cracking Spider-Man. On the other hand, he fails to portray a relatable Parker. The writers try really hard to make this Parker into the lonely and awkward nerd that he is in the comics but it just doesn’t work with Garfield’s natural charm.

Overall, the movie is just decent and nothing more. My advice is to just skip the Marc Webb movies entirely or watch them only if you really want to. 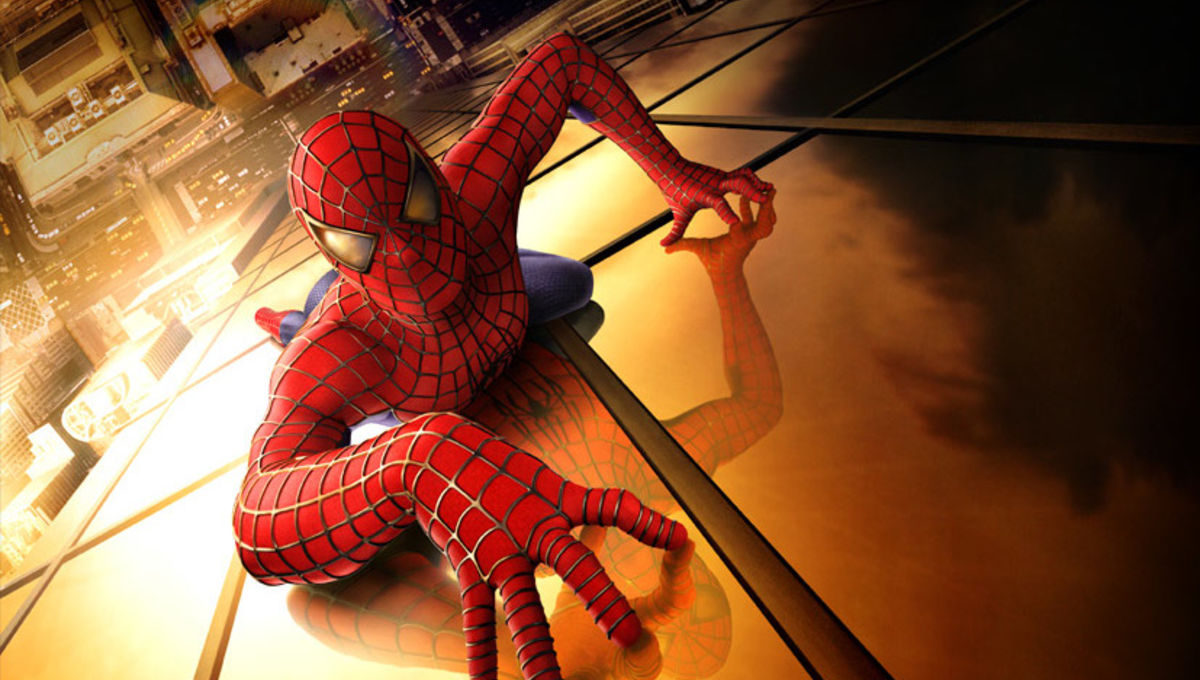 Starting from this point on the list, every movie is recommended. The only reason why Raimi’s first Spider-Man is at number 5 is because every other movie in the top 4 spots is just really good.

The masses learnt the saying “With great power, comes great responsibility” from this movie. Ever since then, every other movie has tried to encapsulate the quote without directly saying it.

To me, that quote alone and how the movie properly relays it to the audience are enough for me to recommend the movie. Parker’s struggle in living with the guilt and responsibility of being a superhero is beautifully portrayed in this movie.

Another plus for the movie is Willem Dafoe’s portrayal of Norman Osborn AKA the Green Goblin. Dafoe’s hammy delivery of lines and his erratic facial expressions are some of the most enjoyable things I’ve seen in superhero cinema. 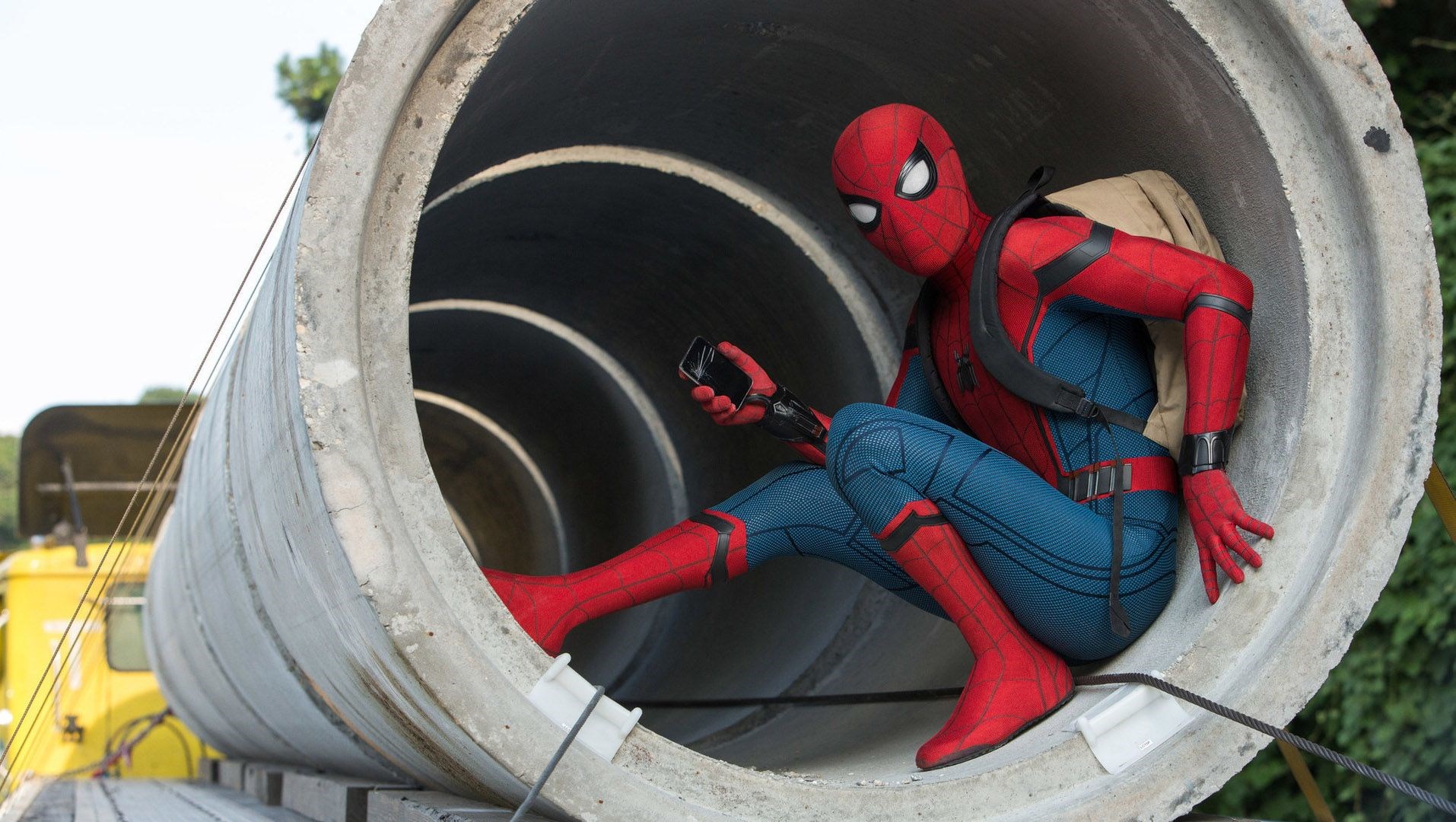 Spidey made his Marvel Cinematic Universe debut in Captain America: Civil War. His reveal in one of the movie’s trailers made Spider-Man fans around the world (myself included) jump with joy.

Being the sixth mainstream Spider-Man movie and another reboot meant that Homecoming had to separate itself from the crowd. It succeeded in doing that primarily thanks to shifting the focus on a much younger Parker played by Tom Holland.

Using a young superhero means you can teach lessons that wouldn’t work with adult characters. The resolving of Parker’s naivety through Tony Stark’s guidance is a powerful show of how maturity develops in a character.

That level of character development is why I consider Homecoming the best Spider-Man movie to watch with kids or teens. It teaches that valuable lesson of doing what’s right even when you don’t believe in yourself. 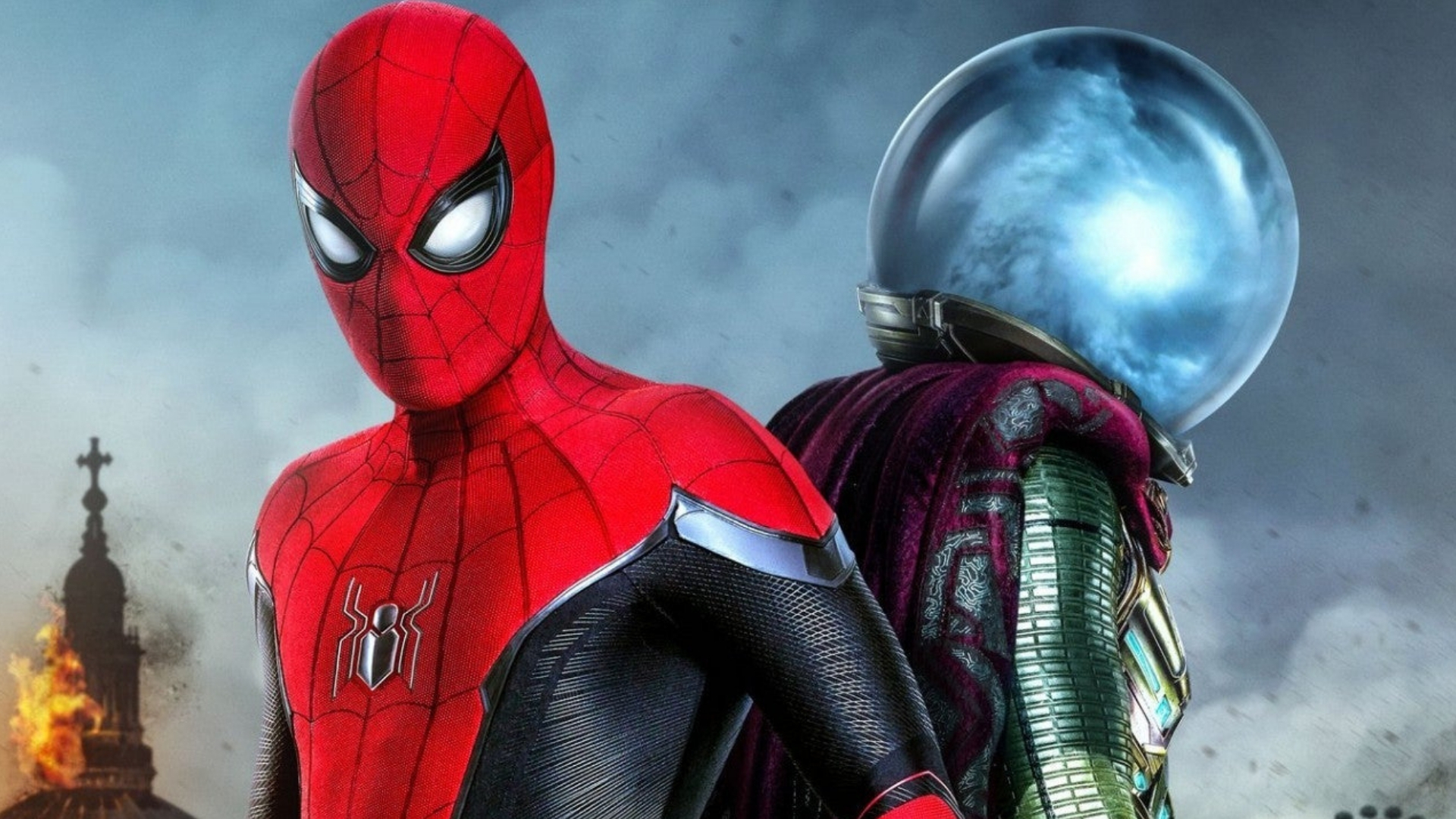 If I could boil down why I love Far From Home into just one word, it would be “Mysterio”.

Mysterio has always been one of my favourite Spider-Man villains thanks to his strength being illusions instead of actual superpowers. Jake Gyllenhaal’s portrayal of the villain isn’t good. It’s perfect.

Taking place in a post-Endgame world means that Far From Home has to deal with some grim truths and it does that quite well. Some plot points that focus on Stark’s attitude as a cold-hearted CEO displays the layered personalities of the heroes we like.

There’s one particular scene in the movie where Mysterio goes all out in using his illusions to confuse Spidey and it almost kills the webhead. I consider it one of the best scenes in superhero movie history. 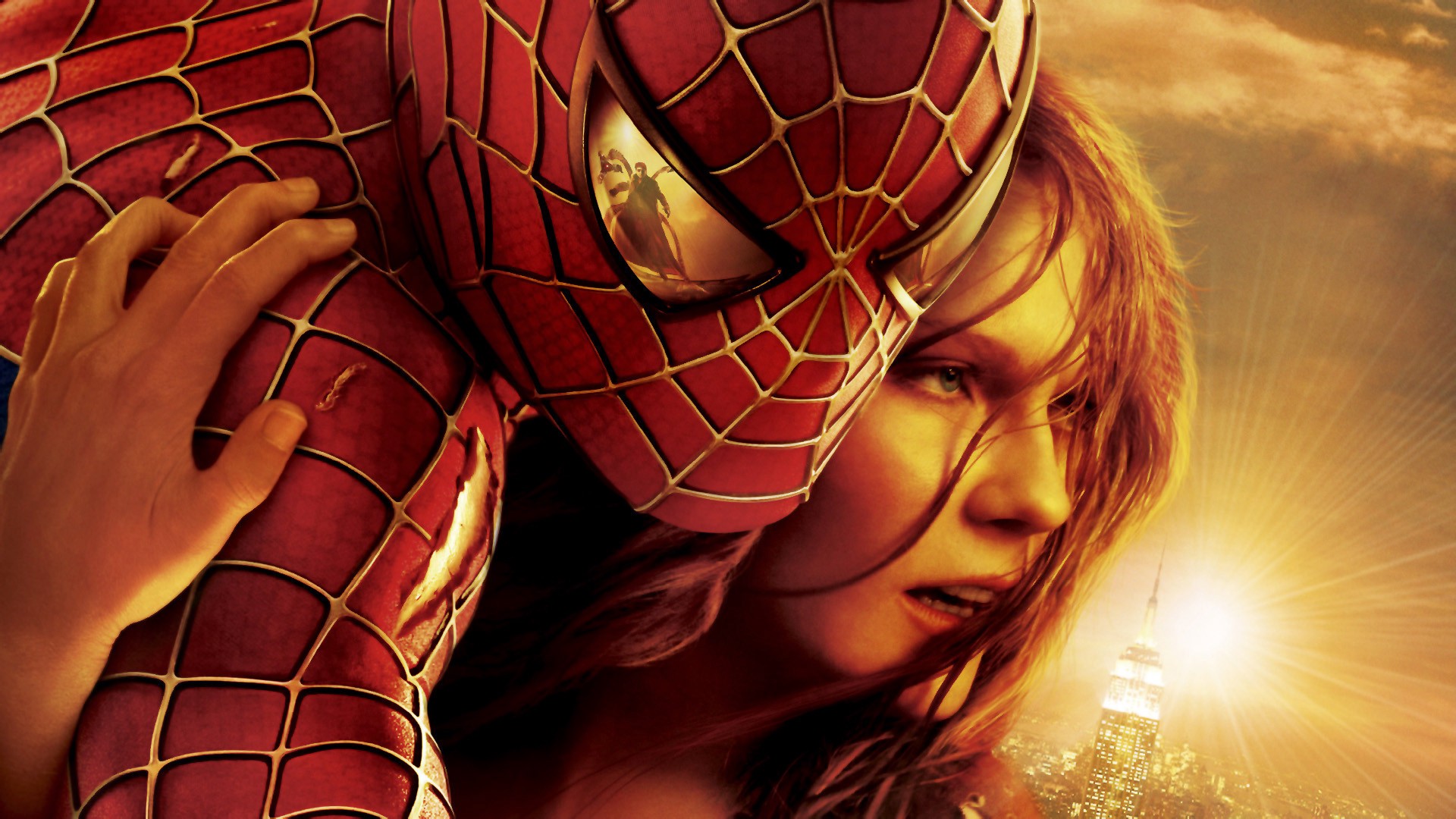 I have a special place in my heart for Spider-Man 2. It’s one of those sequels that take everything done right in the first movie and does everything even better.

Spider-Man gave us “With great power, comes great responsibility” but I think Spider-Man 2 gave us a bigger lesson. It wanted us to ask ourselves what are we willing to sacrifice for the greater good.

Being a superhero is ultimately about making the sacrifice of one’s own well-being for the sake of protecting others. Spider-Man 2 hits Peter with every pain and discomfort of balancing being a student, nephew, boyfriend, and superhero.

It isn’t easy being a masked vigilante who still has to pay rent. Spider-Man 2 nails that lesson hard.

1. Spider-Man: Into the Spider-Verse 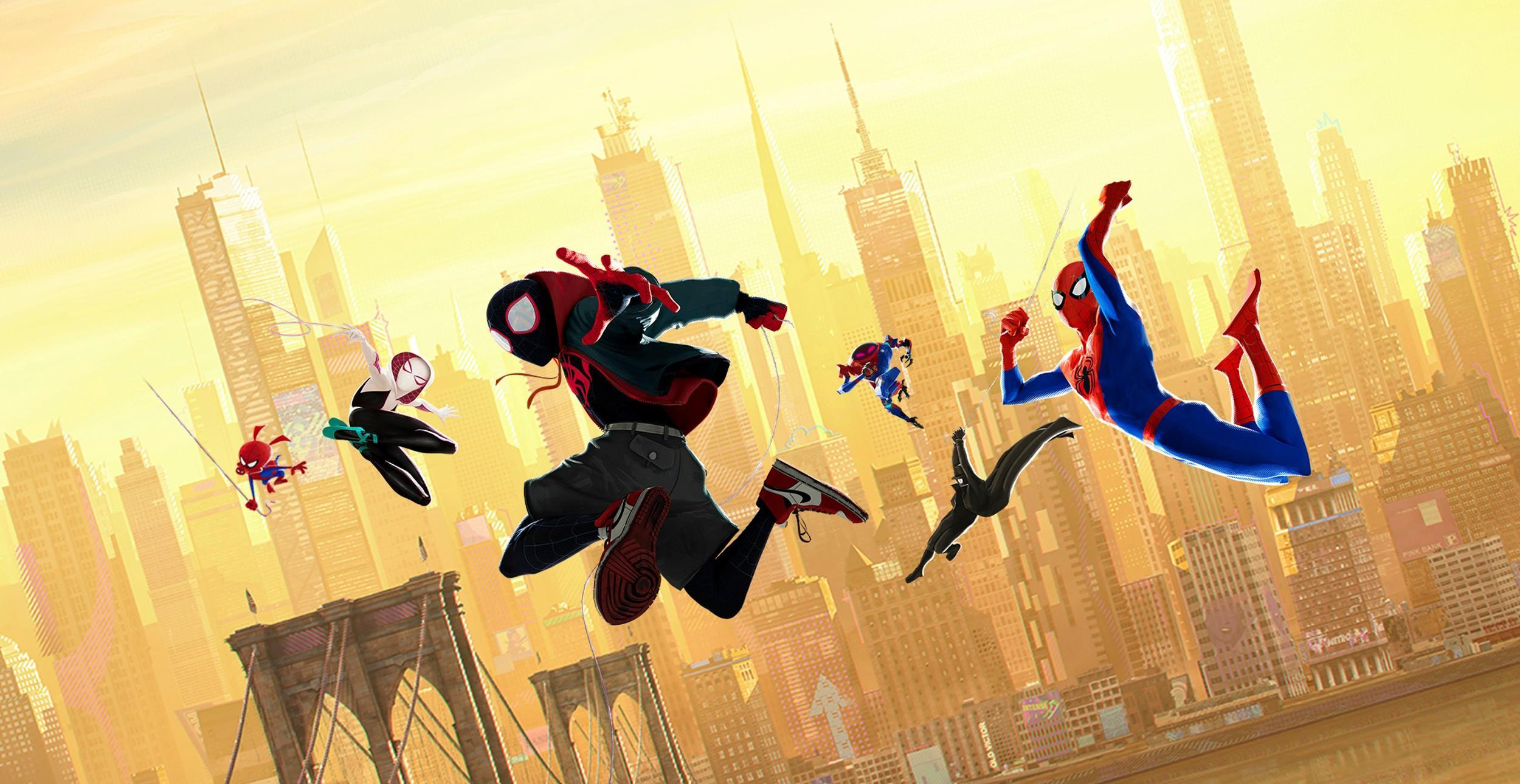 Into the Spider-Verse is fanservice done right. It can be enjoyed by anyone who loves superhero movies and for those who love Spider-Man, it’s everything you want in a Spidey movie.

A lot of people ignore Into the Spider-Verse because it isn’t live-action. It’s definitely animated but it isn’t just some cartoon (nothing wrong with that anyway). The tech used to animated this movie is so sophisticated that Sony patented it.

Not only is every second an eye candy moment, but the writing of the plot and dialogue are also stellar. It’s a movie brimming with humour and yet it still manages to inspire something great in the hearts of viewers.

After watching Into the Spider-Verse, you’ll walk away with the most important lesson regarding being a hero. Everyone can be one. In each and every one of us is a superhero who wants to save the world.

Now that all the movies are on Netflix, you can go ahead and watch them and then make a ranking of your own. I have no doubt that some of you will find the Amazing movies more enjoyable than I did and that’s perfectly fine.

In the end, it’s all about enjoying the heroic journey of a boy who just wants to do the right thing. We are all Spider-Man and so we must always remember: With great power, comes great responsibility.

The latest Genshin Impact heroine is a 4-star ass-kicking nun who hails from Mondstadt and loves to chill with a glass of wine whenever possible. That...

Cyberpunk 2077 features iconic weapons, which are basically one-of-a-kind weapons that can be upgraded to Legendary status any time during the game. O...