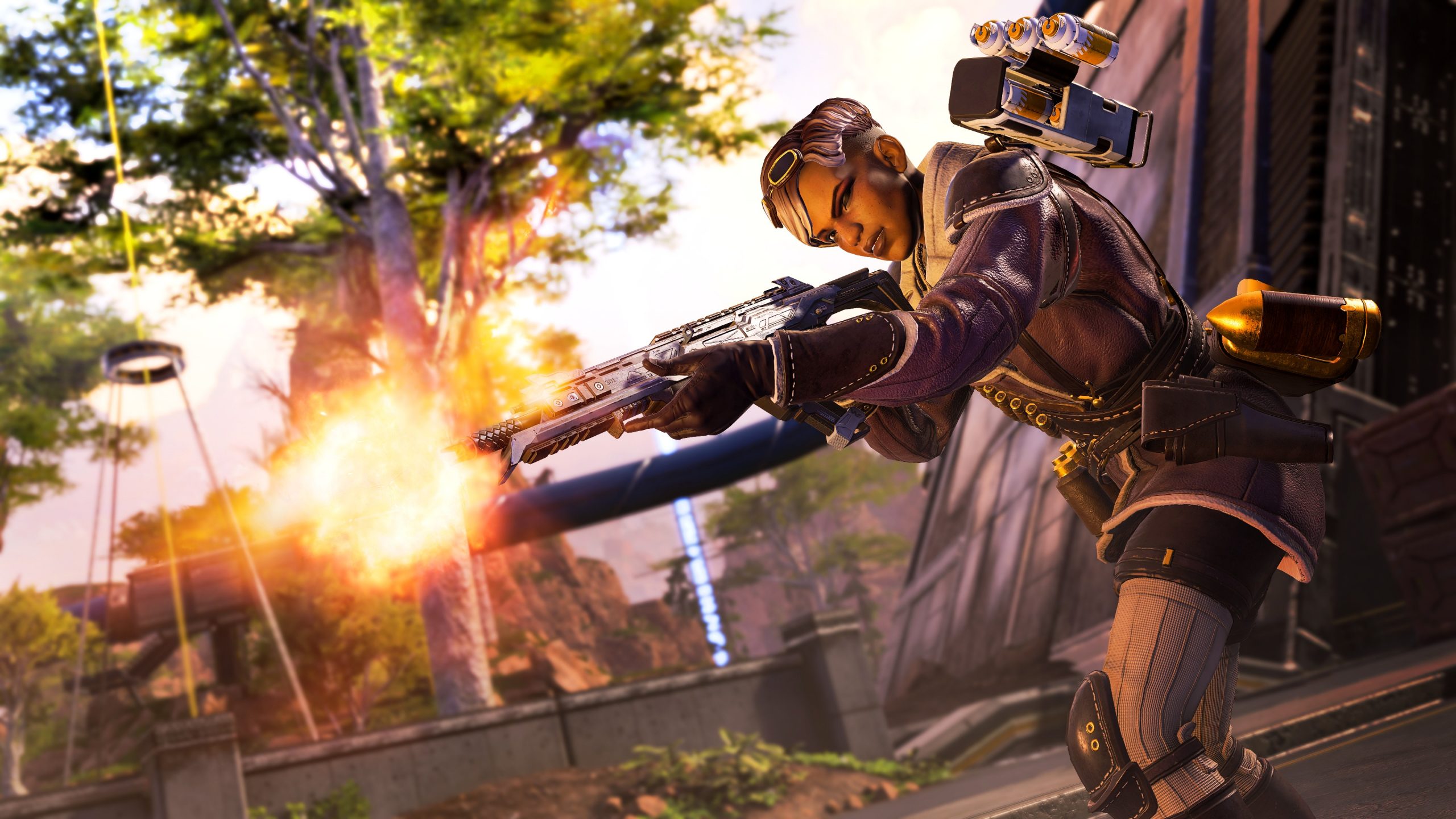 Called Fortune’s Favor, players will get to play with a new Legend called Loba and also experience a bunch of updates to areas like Kings Canyon and Season Quest additions. Here’s the breakdown.

Her schtick is her Jump Drive bracelet that lets her teleport where she pleases to get the drop on opponents. Or make a quick getaway.

New devices in Apex Legends. Activate them to grant a full Ultimate charge to any Legends standing on the platform when the charge blast goes out.

Called “The Broken Ghost”, this lets players go on a season-long search for 9 pieces of a mysterious relic. Find your first daily Treasure Pack in any competitive match to get started on your hunt, and enjoy free weekly drops of new Story, Gameplay, and Rewards along the way.

The Ability To Reconnect

Now players that leave a match unexpectedly can rejoin their match in progress. Be it a crash or “dashboarding” to close the game on console, you can now reconnect by simply restarting the game and entering the lobby. This option is available for all competitive modes.

If a player doesn’t reconnect in time,Â  the disconnected player’s character is removed as normal, and the game will treat their disconnect as an abandonment. There is a limited time window in which a player can reconnect and failing to do so in Ranked will result in a loss penalty.

Designer note: this is something that is a bit of an experiment.Â  We will be keeping an eye out to make sure this change doesnâ€™t cause any degenerate player behavior.

Designer note: This is a first step in pushing more team utility for Octane. We have more updates planned but they didnâ€™t make the cutoff for this patch.

Designer note: Internal data shows that Gibraltarâ€™s performance in individual fights is in a good place, but we want to bring down his power a bit in team fights.

Designer note: Given the power of quick repositioning in Apex, being able to use Pathfinderâ€™s Grappling Hook multiple times in a fight is both too powerful and muddies combat legibility.

Reserve Your Valorant ID Before The Game Releases