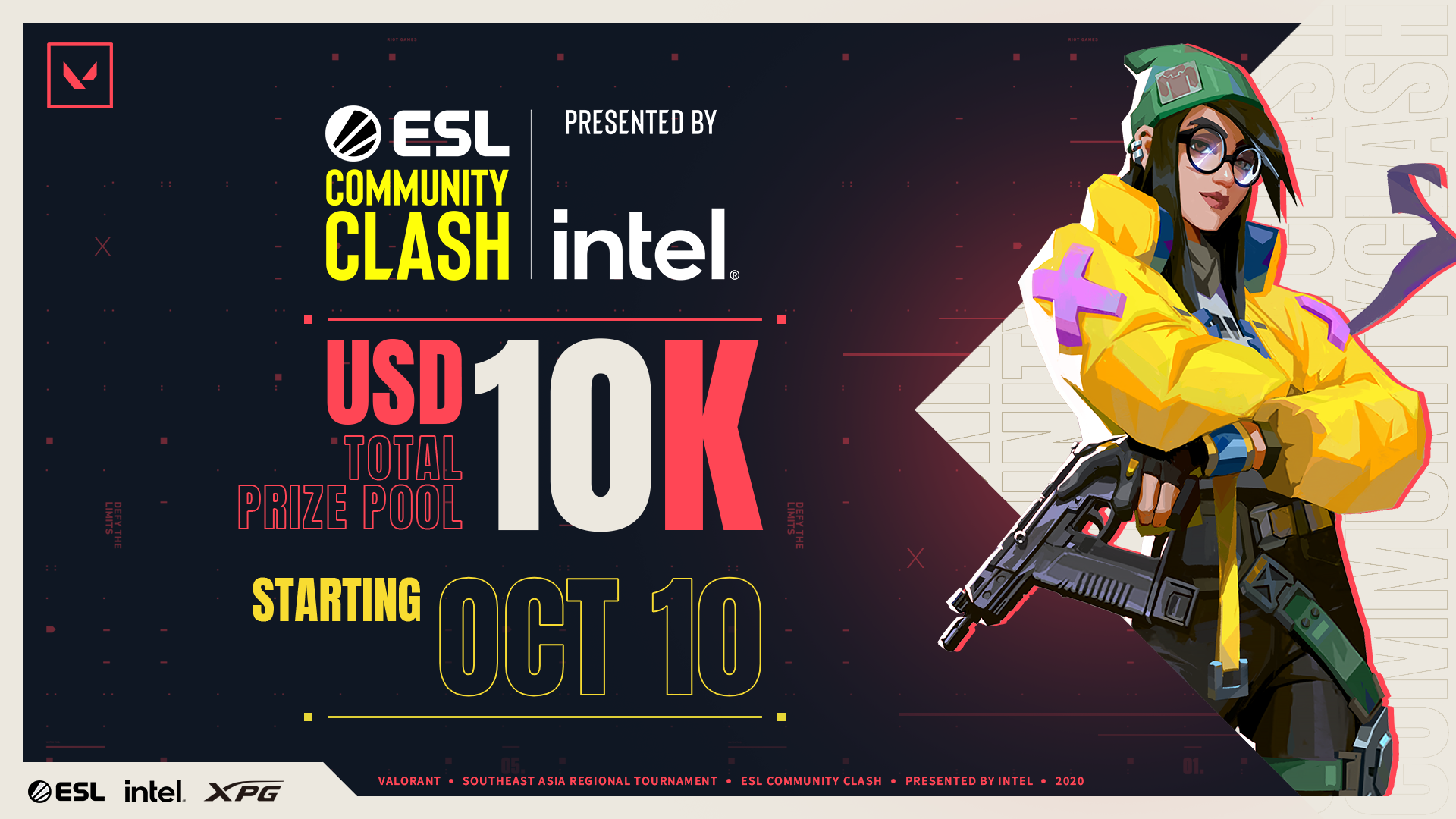 The tournament will feature two monthly finals, which will culminate in the ESL Community Clash Grand Finals from 27 to 29 November 2020.

Eight teams will compete for a US$10,000 prize pool and the title of being the best Valorant team in Southeast Asia.

The tournament is open to all teams in Southeast Asia with the exception of Vietnam and interested teams can sign up for the qualifiers here.

The ESL Community Clash Grand Finals will feature an eight-team double-elimination playoff and all matches, including the monthly finals, will be broadcast live on ESL Asiaâ€™s Twitch, Facebook & YouTube.

In addition, ESL will also be running a series of community cups over the next three months in each of the following countries: Thailand, Indonesia, Vietnam and Malaysia/Singapore.

Each month will consist of four weekly cups and monthly finals where teams compete for a prize pool of SG$500 per month per country. The game titles for each month will rotate to cater to the different game communities in each country and all cups will be held on the ESL Play platform.

Space Jam: A New Legacy Gets A Free Beat-Em Up Title For Xbox Game Pass