Guess Which Football Superstar Is Making Â£40 Million From FIFA 21 & Pissing Off A Number Of Folks?

The latest FIFA 21 game may not be everyone’s cup of tea, but it is a windfall for many football players who got in on the FIFA license. One of them is David Beckham.

According to the Daily Mirror, the football icon who played for Manchester United, Real Madrid, and more, is paid Â£40 million over three years to appear as a gaming “icon” in FIFA 21 and future games. Sources confirm that EA Sports, the folks behind the FIFA games, offered him Â£30 million over 3 years, but he somehow got a better deal.

“It is a big addition to the Beckham brand and the easiest money he’s ever made.” 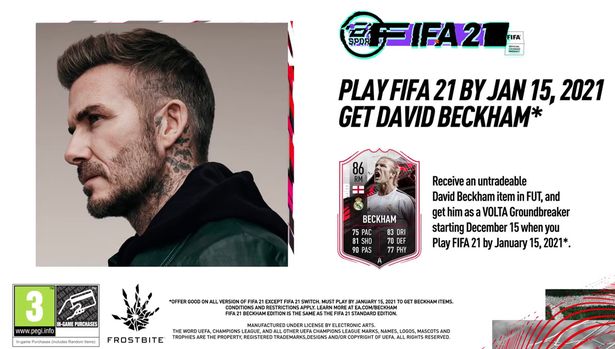 Who gave FIFA EA Sport permission to use my name and face? @FIFPro? I’m not aware to be a member of Fifpro and if I am I was put there without any real knowledge through some weird manouver.
And for sure I never allowed @FIFAcom or Fifpro to make money using me

Furthermore, former FIFA cover star and Tottenham Hotspur player Gareth Bale is also pretty livid about these turn of events. Guess we’re going to see some fireworks later concerning players not being properly credited and paid for their licensed appearances in multi-million dollars worth football games.

Honestly, this current issue is a tad complicated. Generally, it’s an ongoing battle for separate image rights & licensing between some football agents and football body FIFPro who is supposed to represent the interests of footballers. The thing is Beckham hasn’t been playing football since his retirement in 2013, and EA Sports is the official video game partner of AC Milan and Tottenham. All we can say is that Gareth and Zlatan will need to high-level lawyer up to get their dues, if they’re even any in the first place.

It's been almost two years since Netflix announced that they're making a live-action adaptation of the popular shonen anime series, Yu Yu Hakusho, and...

No Time To Die, the 25th James Bond film which stars Daniel Craig as the ass-kicking 007 agent, will be delayed to November 2020. Previously, the film...

No doubt many of you have seen this insanely hard Super Mario Maker 2 level dubbed "1-1 but with a twist"... https://www.youtube.com/watch?v=VGeefnUO...