This week’s Star Wars: The Mandalorian episode for Season 2 ends with a cliffhanger. After a reunion with Greef Karga (Carl Weathers), Cara Dune (Gina Carano), and the Mythrol on the first episode (Horatio Sanz), we get an Imperial sabotage mission, where a lot happened. Plus, The Child (Baby Yoda) steals cookies from a kid.

Spoilers ahead, so here’s your warning.

Turns out the sabotage mission wasn’t about destroying a military base, but it was a laboratory. The Imperials actually need the Child to complete its experiment. But what kind of experiment? Cue the last few shots of the cliffhanger, where the current Imperial lead Moff Gideon (Giancarlo Esposito) is overseeing an ominous project to help restore Imperial order to the galaxy.

And here’s the money shot of the episode: a row of what could be this series’ Dark Troopers.

What’s that sound I hear from a distance? Yes, that’s a huge number of Lucasarts Star Wars game fans creaming their pants.

For those who didn’t game hard in the early 90s, the Star Wars license has seen a crazy windfall with its plethora of titles like Rebel Assault and Yoda’s Desktop Adventures. That last one is a lie, but one of the more renowned Star Wars titles apart from the X-Wing and TIE Fighter PC games were the Dark Forces first-person shooter titles. It’s essentially Lucasarts doing id Software’s Doom, but it stood out because of its story, presentation, and unique level design.

Also, it introduced a group of formidable foes that made their debut: the Dark Troopers. 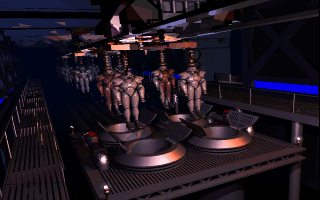 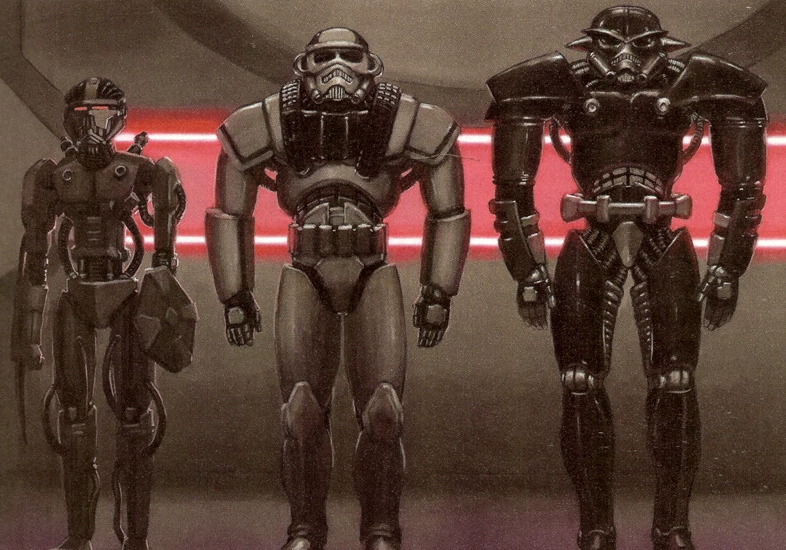 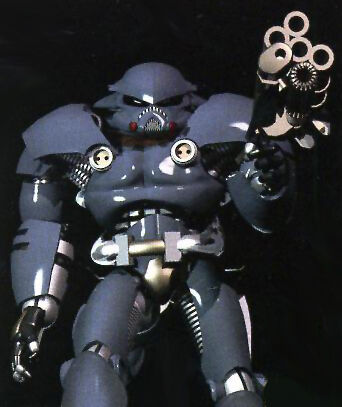 The Dark Troopers come in three phases, with the last one (pictured above) being walking flying arsenals of doom. Imagine a Storm Trooper that can aim, hits really hard, can take a beating, and flies. Quite a nightmare, eh? There’s even a final boss in Dark Forces that is a revved-up version of the Dark Trooper, so the possibility of Moff Gideon being in Dark Trooper getup is a huge possibility.

Another theory? These troopers could be Shadow Troopers from the Star Wars: Force Unleashed and Star Wars Battlefront series. They don’t look as intimidating though. 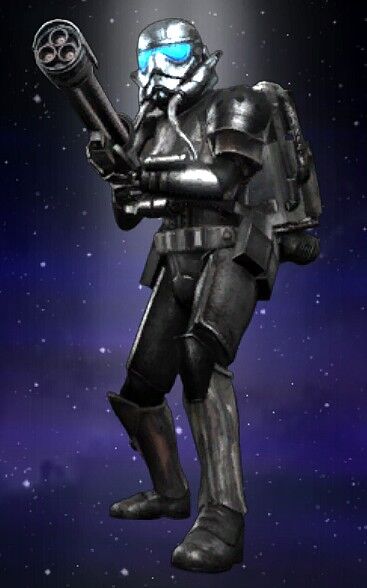 Honestly, that last scene in The Mandalorian episode is a tad dark, but it’s clear as day that Moff Gideon wants to make a super-powered army to bring order to the galaxy. He needs The Child’s blood sample and other bits to perfect his experiments. And while the Dark Troopers in Dark Forces are droids, the idea is still the same: a secret fan favourite super-powered army that is now canon in the live-action Star Wars universe.

Long story short: I don’t think The Mandalorian’s Beskar armour is going to cut it for this coming storm. Let’s hope he gets help from Bo-Katan from the last episode and Ahsoka Tahno for possibly the next one in the ensuing Dark Trooper showdown.

The recent COVID-19 coronavirus pandemic is putting a damper on movie releases from Disney. On the flip side, that means some films will make their wa...

If you want a trip down online RPG anime lane, you may want to check out Genshin Impact's new web event. Dubbed An Unforgettable Journey, the web e...

News
The Talos Principle Is Free On The Epic Games Store

We're at the final three days of the Epic Games Store Holiday Sale 2019. On each day of the sale, the store is giving away a free game and we've been ...