Rengar and Khaâ€™Zix join Wild Rift later in this patch, along with their Masters of the Hunt event. Keep the rivalry going with the God-Kings, Darius and Garen. Lastly, check out the balance changes aimed at underperforming Duo Lane carries, enchanters, and the elemental drakes. 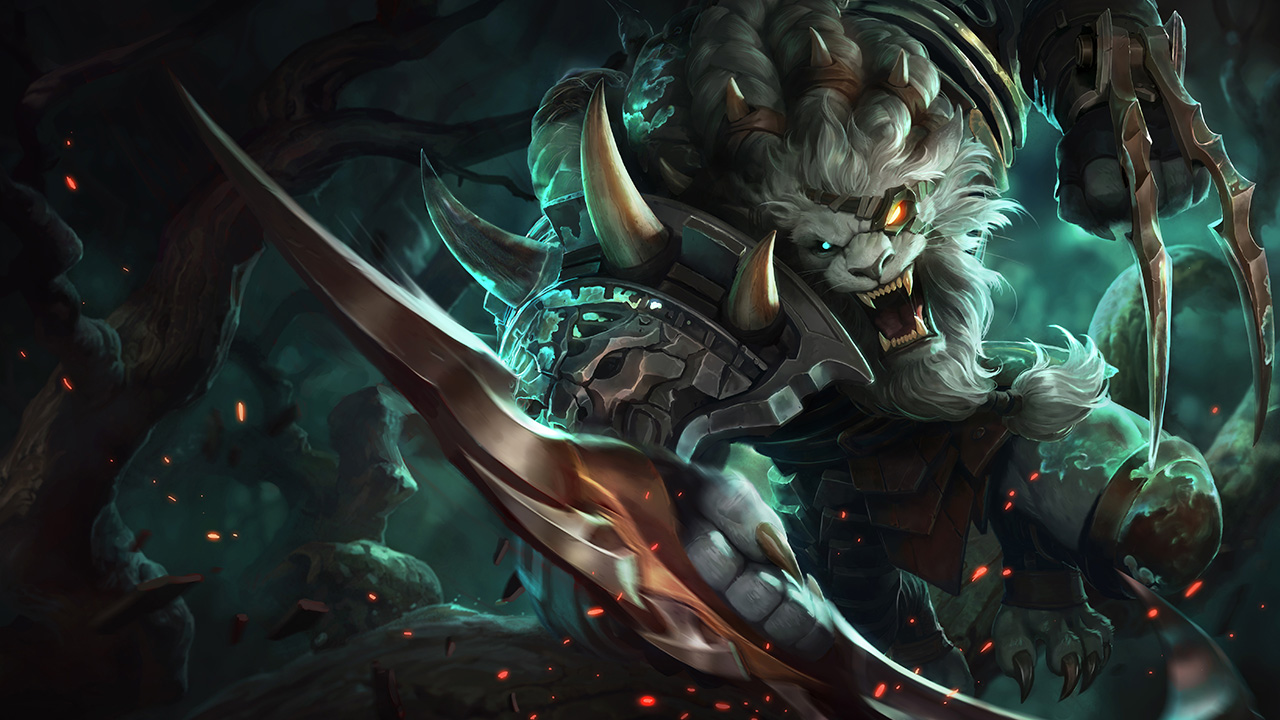 Rengar is a ferocious vastayan trophy hunter who lives for the thrill of tracking down and killing dangerous creatures. He scours the world for the most fearsome beasts he can find, especially seeking any trace of Khaâ€™Zix, the void creature who scratched out his eye. Rengar stalks his prey neither for food nor glory, but for the sheer beauty of the pursuit. 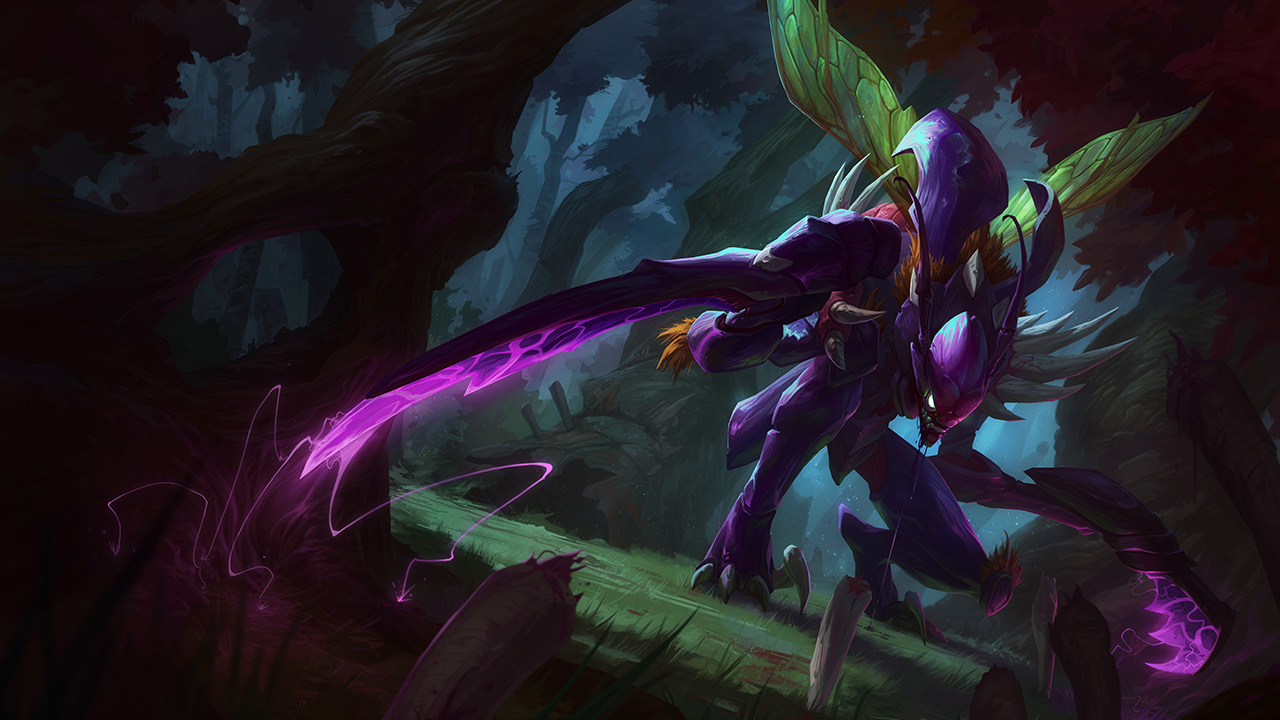 The Void grows, and the Void adaptsâ€”in none of its myriad spawn are these truths more apparent than Khaâ€™Zix. Evolution drives the core of this mutating horror, born to survive and to slay the strong. Where it struggles to do so, it grows new, more effective ways to counter and kill its prey. Initially a mindless beast, Khaâ€™Zixâ€™s intelligence has developed as much as its form. Now, the creature plans out its hunts, and even utilizes the visceral terror it engenders in its victims. 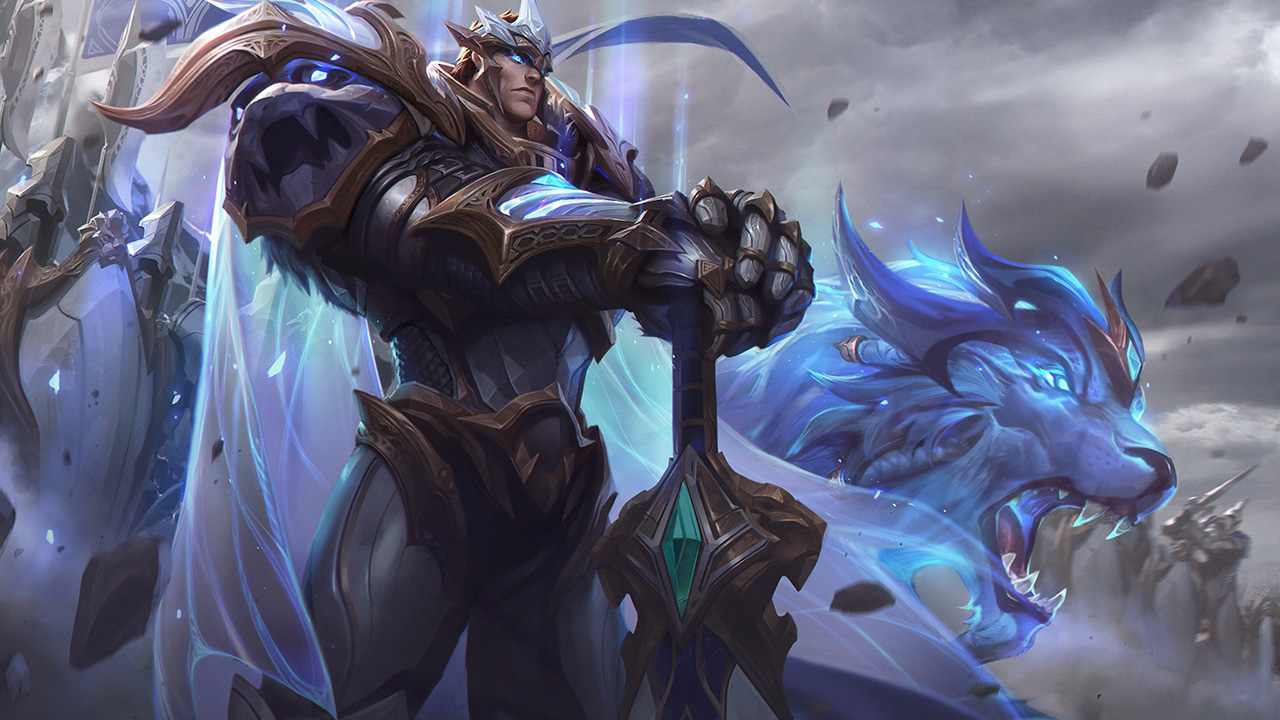 You can earn or purchase accessories from a bunch of different sources. Please check the relevant page in game for more information on how to get â€˜em! 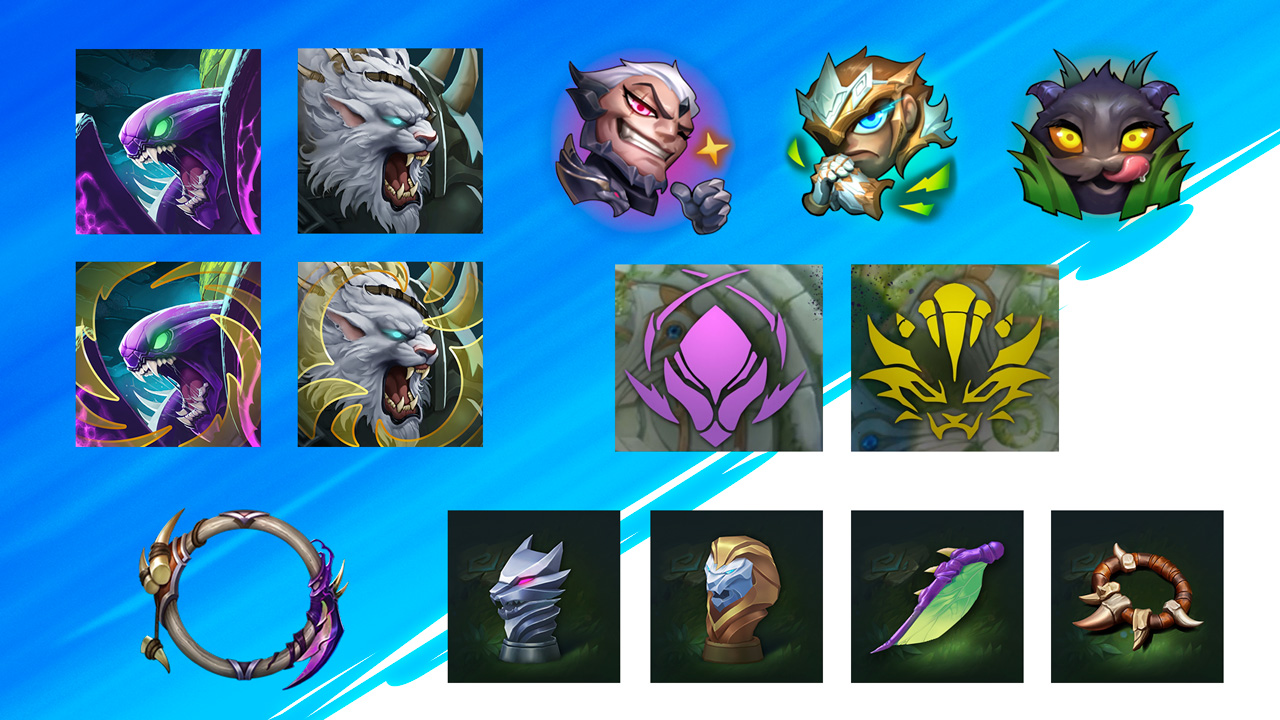 * Released if Khaâ€™Zixâ€™s team wins during the event

** Released if Rengarâ€™s team wins during the event

All accessories will be released throughout the patch.

MASTERS OF THE HUNT

Ever shrouded by the fog of war, the jungles of Wild Rift can prove deadly to even the bravest of champions. Yet two natural-born hunters now claim this savage battleground as their domain, each intent on making a trophy of the other.

The Masters of the Hunt event will begin on May 6. More information available soon.

These two ferocious champions are bringing their vendetta to Wild Rift with a new high-stakes mechanic:Â Nemesis Duel! This feature is a permanent part of the game that will continue even once the event ends. A Nemesis Duel event can trigger when the respective champions meet all the following conditions:

A Nemesis Duel wonâ€™t happen every game these conditions are met, but when it does, everyone in the game will know through an in-game announcement. A champion wins the Nemesis Duel event when the opposing champion dies within 3 seconds of taking damage from the winning champion.

The first Nemesis Duel in Wild Rift isÂ The Hunt is On!

More information on Nemesis Duel will be available soon!

Darius is able to beat down his opponents with his raw stats. Weâ€™re giving him a bit less health to play with in lane.

Now that yâ€™all seem to have better mastered Dravenâ€™s axe-catching shenanigans, heâ€™s strutting into a more unhealthy spot. Weâ€™re toning down his damage so that we can still encourage his heavy AD playstyle, but opponents should have more space to fight against him before he snowballs outta control.

Evelynnâ€™s ultimate is up too frequently, allowing her to both escape sticky situations and execute people without enough downtime. Nerfing its cooldown should increase windows for opponents to make plays against her, especially in the early-mid game.

We went a bit too hard on Galio, and also discovered a bug that may have skewed our assessment of his power. Weâ€™re buffing back some things that support Galioâ€™s tankiness, but also reverting some changes we felt had higher value in making him more fun.

Katarina is a bit strong, especially at higher levels of play. Weâ€™re taking some power out of the parts of her kit that skilled players are able to more consistently take advantage of.

Leona should be shining in lane against ranged supports in the Duo Lane, but sheâ€™s getting overshadowed. These changes are intended to make her better at finding those fights and winning against squishies.

Ziggsâ€™ early game is too explosive.

The Duo Lane meta is close to being very healthy. Weâ€™re taking this opportunity to buff the slightly underperforming duo carry champs to help them catch up.

Compared to her PC counterpart, Wild Riftâ€™s Ashe has way fewer arrows going BRRRR, so weâ€™re giving her a way to keep up with more Volleys.

Weâ€™re amping up Tristanaâ€™s burst damage so that she can find better opportunities to go for the big plays.

Varus could still use a bit more of a nudge to make him stronger in higher skill levels. We are amping up his execute so that players who can capitalize on his Blighted Quiver/Arrow combo are better rewarded.

Vayneâ€™s ultimate, while strong overall, is pretty weak in the early game. Weâ€™re making Final Hour a reasonable option for her to help her in lane duels.

Xayahâ€™s cooldowns feel quite long in Wild Rift due to the lack of AD + Ability Haste options. Additionally, her Bladecaller has room to be more rewarding players who can trap her opponents.

Enchanter supports are overperforming, so weâ€™re looking to normalize the cost of their items to be in the same area as their tankier counterparts.

Oftentimes, weâ€™re seeing poke champions able to stack Conqueror before even entering a fight. This was a bit too forgiving, and we want Conqueror to be more of a long-term commitment, not a flight of fancy.

Barrierâ€™s frequent uptime often meant it was always the right choice no matter what lane opponent you were facing. Weâ€™d like Barrier to be more of a strategic counter than a guaranteed pick.

Infernal and Cloud Dragon are running a little hotter (andâ€¦ windier) than Mountain and Ocean. Weâ€™re lightly nerfing them to close the gap. These adjustments should make them still worth taking, but less game-deciding.

Two weeks ago, Spawn creator Todd McFarlane revealed that the superhero would be heading to Mortal Kombat 11 this month. Now, we've got an official ga...

Riot Games has released the Call Of The Mountain expansion for the Legends Of Runeterra mobile card game. This new update introduces the new region o...