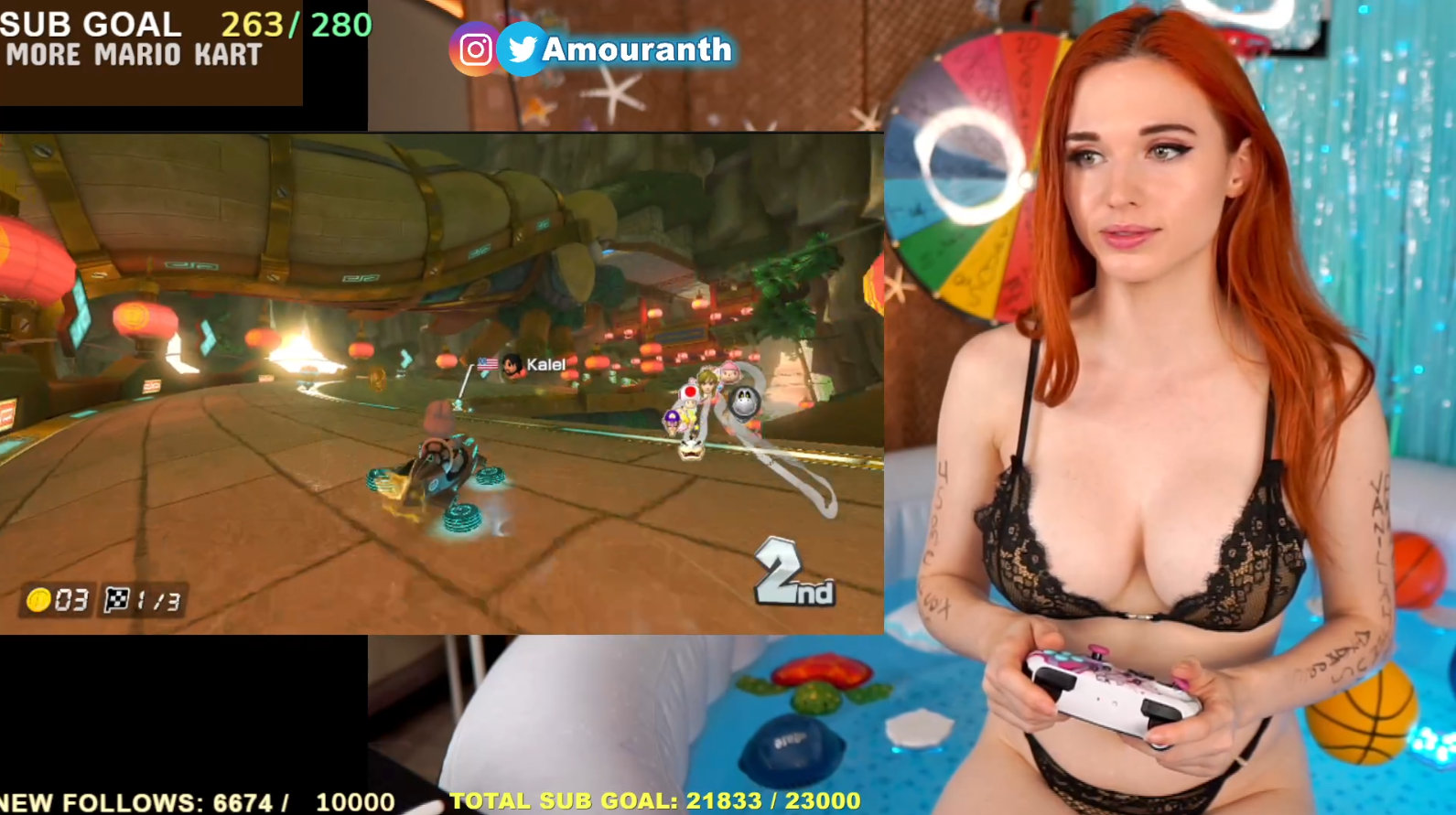 Recently, a Twitch streamer by the name of Kaitlyn “Amouranth” Siragusa has been using an alternate and spicy method of attracting viewers to her Twitch stream. Here’s a hint: it involves a hot tub and a two-piece swimsuit.

Despite her significant presence on Twitch -she has 2.8 million followers and 19,000+ subscribers via her Just Chatting “gameplay”- the streaming platform chose to suspend her ability to run advertisements in her videos without any notification and explanation. The only explanation given by Twitch? Her streams are “not advertiser-friendly”.

Here’s what Amouranth said regarding the situation on Twitter:

“Yesterday I was informed that Twitch has indefinitely suspended advertising on my channel. Twitch didn’t reach out in any way whatsoever. I had to initiate the conversation after noticing, without any prior warning, all the ads revenue had disappeared from my Channel Analytics.

This is an ALARMING precedent and serves as a stark warning that although content may not ostensibly break community guidelines or terms of service, Twitch has complete discretion to target individual channels & partially or wholly demonetized them for content that is deemed ‘not advertiser friendly’, something that there is no communicated guideline for. This leaves open-ended the question of where the line is drawn.

I asked my [Twitch] partner manager why my ads were showing 0 after May 7 (via Kotaku), and she initially expressed surprise as well and even introduced me to upcoming ads products that were rolling out. After inquiring internally, it seems she came back with a prepared statement. They made clear that ads were off the table in the short term. They vaguely alluded that not all content allowed under [terms of service] is appropriate for all advertisers.”

Keep in mind that her content hook -the hot tub and bikini plus gaming ensemble- does not violate Twitch’s content guidelines, making the ninja demonetizing bit all the more perplexing:

“Swimwear is permitted as long as it completely covers the genitals, and those who present as women must also cover their nipples. Full coverage of buttocks is not required, but camera focus around them is still subject to our sexually suggestive content policy. Coverage must be fully opaque, even when wet. Sheer or partially see-through swimwear or other clothing does not constitute coverage.”

Despite this issue, Amouranth’s main concern is transparency from the platform owners.

“I foresaw something like this coming. I think the scariest issue that people who aren’t broadcasters aren’t realizing is the stealthy way of not telling you. And that’s what I think is the big issue here that the creators are worried about.”

Twitch has faced criticism for its lack of communication, with the Dr. Disrespect ban in 2020 being a prominent one.

The Way Of The Househusband Anime Gets Hilarious First Trailer