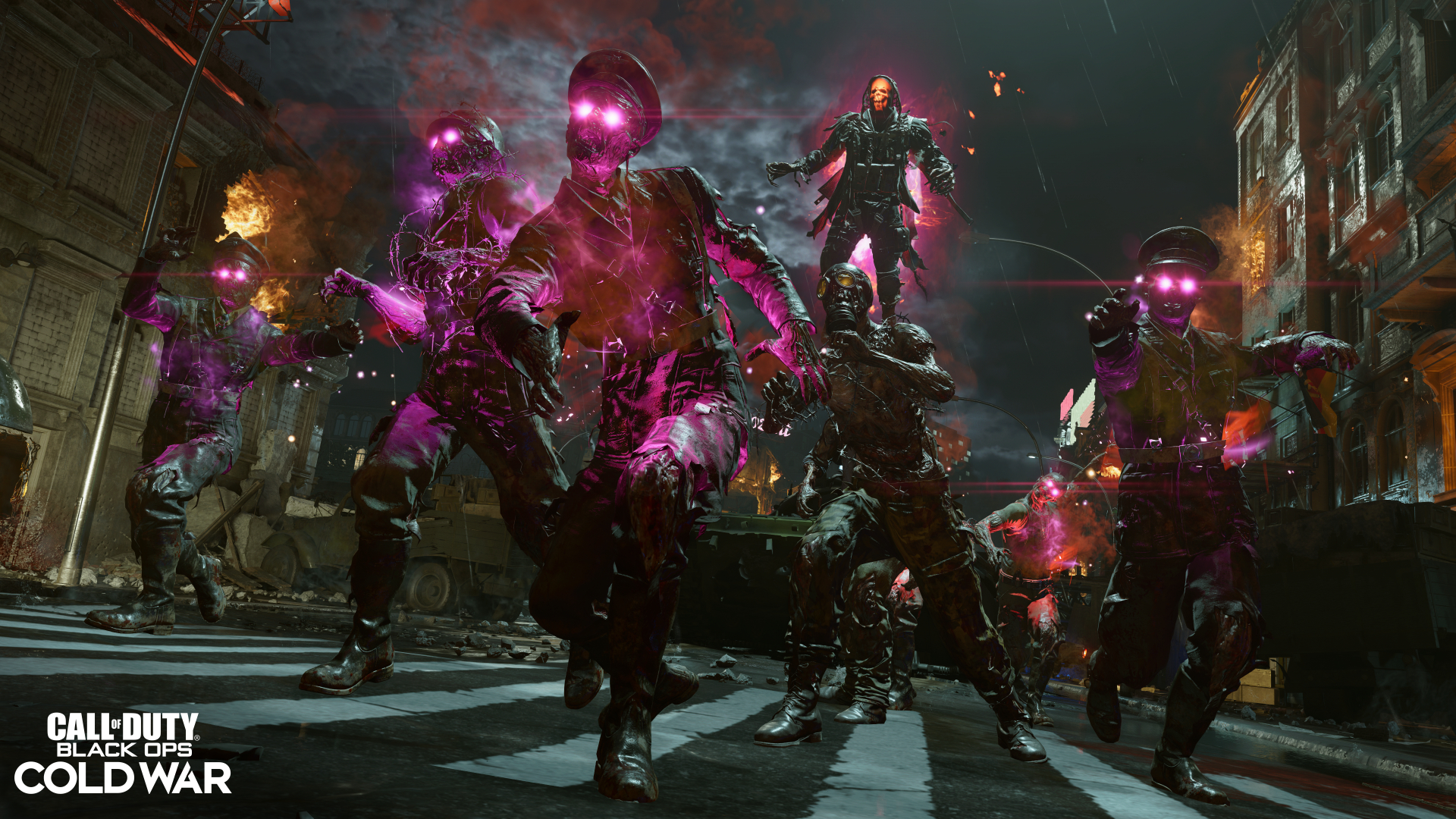 Note: PC users will also need 63.2-111.5 GB of additional space on their hard drive for the copying process; this is only temporary space that is reclaimed upon completion of the patch installation and is not an additional download.

Note: PC users will also need 12.4-12.9 GB of additional space on their hard drive for the patch copying process; this is only temporary space that is reclaimed upon completion of the patch installation and is not an additional download.

Welcome to â€œMauer Der Toten,â€ the next chapter in the Dark Aether story: an epic battle against the undead in a divided city, arriving with Season Four Reloaded in Black Ops Cold War. As well as a new Zombies experience, expect WarzoneÂ to receive its newest objective mode, a classic map and modes to arrive inÂ Black Ops Cold War Multiplayer, and more Zombies content to launch alongside â€œMauer Der Toten.â€

Here’s the story so far:

As satellites are downed around the world due to Perseusâ€™ actions, another war is just beginning in the Zombies Dark Aether story.

Following her release from Omega Groupâ€™s clutches in â€œFirebase Z,â€ Samantha Maxis aided Requiem in investigating the worldâ€™s largest Outbreak Zone to date across the Ural Mountains. After thwarting Omegaâ€™s plans for â€œOperatsiya Inversiya,â€ Requiemâ€™s elite strike team was set to extract the groupâ€™s defecting scientists in Operation Excisionâ€¦ until a familiar foe uncovered their plan and installed a mole among them.

It all culminated around midnight in a previously unexplored area beyond the Phase Wall in the Ural Mountains, where the strike team arrived only to find most of the scientists brutalized with the words â€œNO ONE WALKS AWAY FROM OMEGAâ€ scrawled in blood above their corpses.

This elaborate operation seemed to all be a set-up orchestrated by Omega â€“ in the ensuing emergency exfiltration, a rocket downed Raptor-1â€™s helicopter, with the man personally responsible for this trap walking through the wreckage to capture the agents with his own cold-blooded hands.

His name? Colonel Lev Kravchenko, leader of the Omega Group. And in war-torn Berlin, he has one final job for Requiemâ€™s â€œfinestâ€ before he ends his rivals once and for all.

Close-quarters Operators will have two new armaments in their arsenal during Season Four Reloaded.

Requiem needs every last agent to rescue Raptor-1 from Kravchenko, even if it means calling in strike team leader Grigori Weaver to get the job done.

Inspired by previous traditionalÂ Call of DutyÂ game modes likeÂ Call of Duty: WWIIâ€™s War Mode, Payload pits two teams of 20 players against each other in a race against time for crucial intel, as these vehicles carry satellite parts that could help shift the balance of the war between Perseus and NATO.

Veterans of the franchise and newcomers alike will feel right at home with a returning classic map and intense new game modes.

[Rumour] Is Ash From Evil Dead Really Going To Be In Mortal Kombat 11?