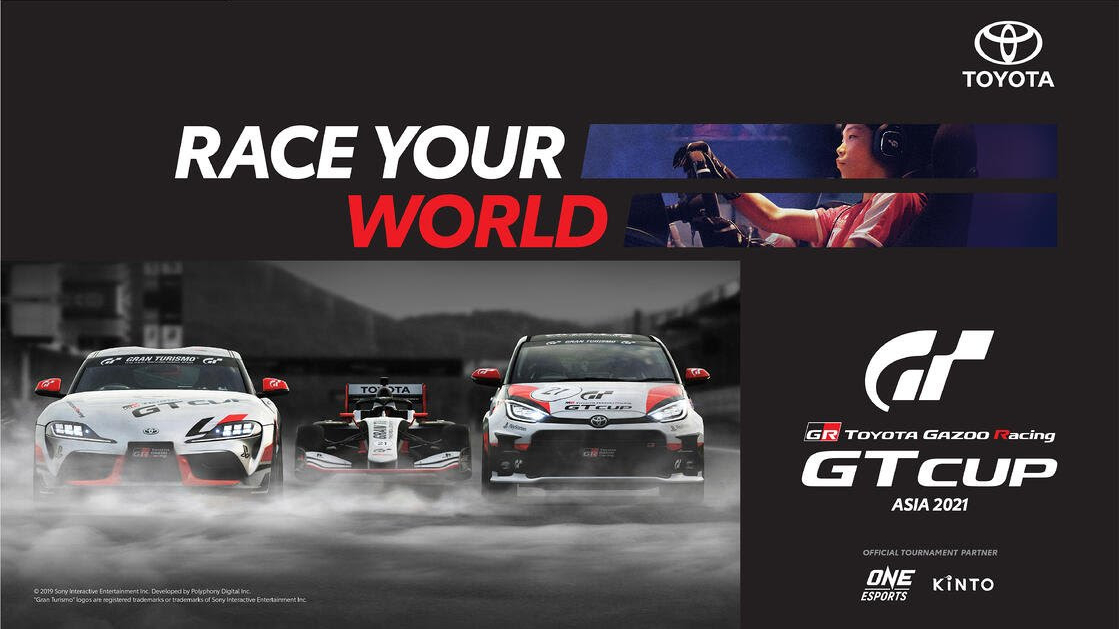 ONE Esports, a subsidiary of ONE Championship (ONE), has announced a partnership with Toyota Motor Asia Pacific (TMAP) to present the â€˜TOYOTA GAZOO Racing (TGR) GT Cup ASIA 2021â€™ for a second year, taking place in October 2021.

ONE Esports and TMAP will deliver a unique esports racing experience, bringing together Asiaâ€™s top e-Motorsport racers to compete in â€œGran Turismo SPORTâ€ on PlayStationÂ®4. The competition showcases both partiesâ€™ commitment to making it possible for thousands of motorsports enthusiasts to experience the thrill of racing Toyota GR cars on iconic racing circuits.

â€œIâ€™m thrilled to announce that we have joined forces with Toyota Motor Asia Pacific for the second year running to bring the TGR GT Cup ASIA 2021 to a global audience.

This event bridges the gap between real-world racing and esports and is an excellent opportunity for us to reach passionate motorsports and sim racing fans around the world, as well as capitalise on the sectorâ€™s rapid rise in popularity.

With sim racing primed for continued growth, ONE Esports is honoured to host the highly anticipated event yet again.”

The format of the TGR GT Cup ASIA 2021 competition has been enhanced to offer every racer an opportunity to clinch the top two coveted places to progress to the Global Finals of the TGR GT Cup 2021. Countries will also be ranked in a new Award System.

The TGR GT Cup ASIA 2021 will begin withÂ National RoundsÂ held from August to September in participating countries. The 21 national qualifying players from India, Indonesia, Korea, Malaysia, Taiwan, Thailand, and Singapore will compete in theÂ Regional FinalsÂ in October for a chance to be crowned the fastest racers in Asia.

More information on TGR GT Cup ASIA 2021 Regional Finals, registration details and announcements will be available on the ONE Esports websiteÂ at a later date.

What We Know About The Newly-Launched European Esports Federation