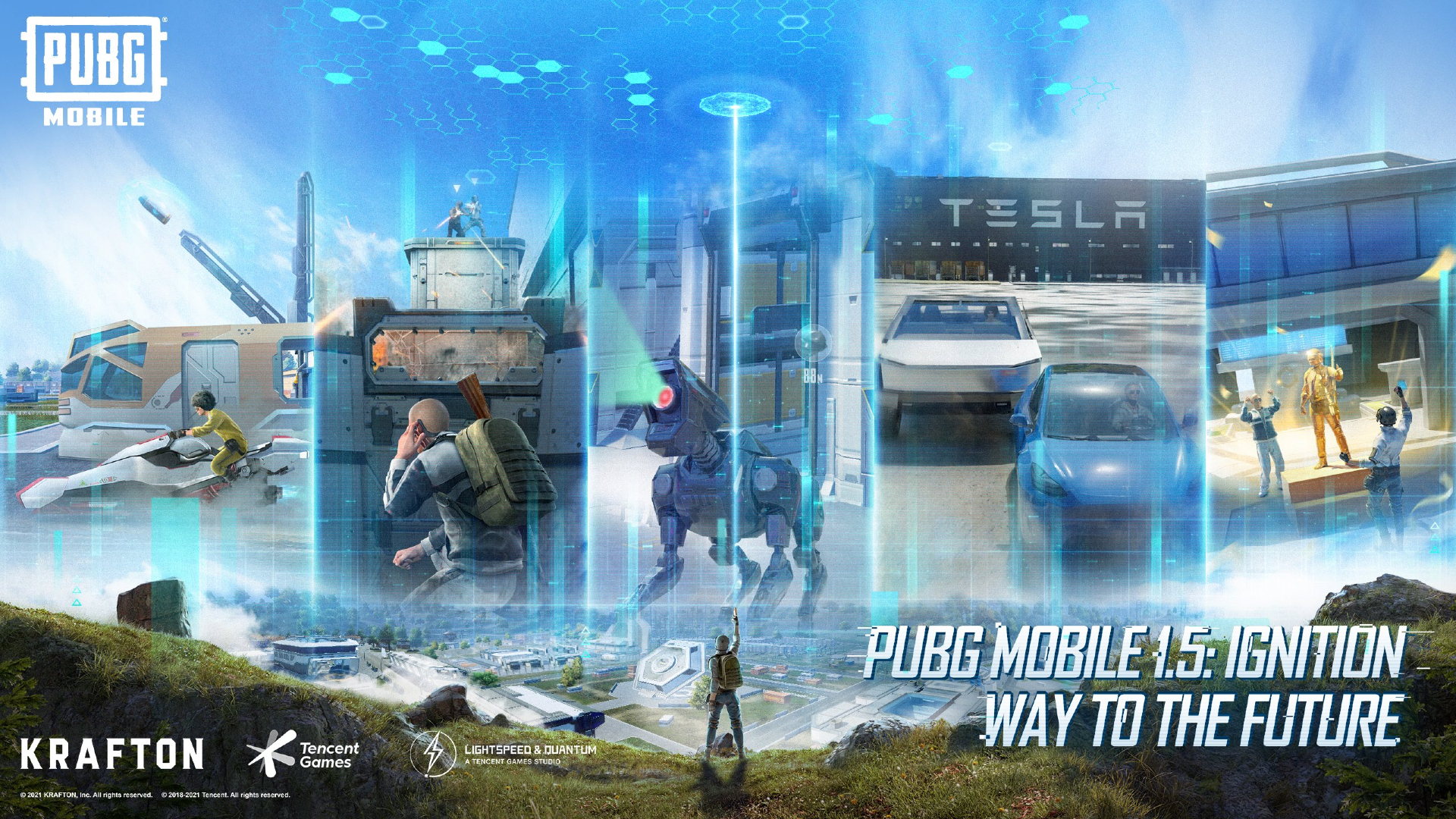 PUBG Mobile officially adds one of the largest updates ever with Version 1.5. The Version 1.5 update features several new additions, including Mission Ignition game mode and an all-new Erangel map along with Hyperlines that players can use to travel on the map, a partnership with TESLA to bring Tesla Gigafactory into the game. As well as a complete revamp to the Royale Pass System.

Under the Mission Ignition game mode, DynaHex, the technology and energy company, is implementing long-term technological transformations on the Erangel map. DynaHex intends to use the map as an experimental base for their latest scientific research. Mission Ignition can be accessed through EvoGround. Players can earn Rating Points in this mode.

The local transportation hub has also been upgraded, with fast-functioning Hyperlines connecting the various cities of the island. Players can use these HyperLines to move between fixed locations at certain times and take advantage of these characteristics to employ more tactics.

There are new dynamic elements on the island, like lifts, automatic doors, and other moving platforms that players can find in the upgraded areas. Then there is the new Air Conveyor to help players travel through the air and patrol in the sky. Players can find these usually around some of the urban areas on the map and near the bases.

Other unique items that have been added to the game, includes a hoverbike that can cover terrain better than any other vehicle. A two-seater Anti-gravity Motorcycle that can be used to conveniently travel across the whole map, Riot Shield and a Tactical Marking Device that will automatically mark the position of enemies who have been hit and give you more info on your teammates.

The technological transformation of Erangel has caught the attention of Tesla. Tesla will build a Gigafactory on Erangel to produce classic models of its cars, as well as provide more technologically advanced autonomous driving experiences and supply transportation solutions. In the new mode, Mission Ignition, players will be able to experience Tesla exclusive content.

Players can enter the Gigafactory and watch the production of a Tesla Model Y from start to finish. They can then drive away in their new car and also experience the ground-breaking autopilot feature available in all Tesla vehicles. A self-driving Tesla Semi will also spawn randomly along the road in the wild and will drive automatically on specific routes. Players can obtain battle supplies by dealing damage to the Semi to make it drop Supply Crates.

From Version 1.5 onwards, the current Royale Pass will be replaced by the Royale Pass Month (RPM) system. Each Royale Pass Month will run for one month only. The price of each Royale Pass Month is 360 UC (reduced from 600 UC) and the highest rank has been reduced from 100 to 50. The amount of rewards will also be upgraded. A Challenge Point System is also being implemented to evaluate playerâ€™s actions, awarding bonuses for positive behaviour such as not quitting, not using friendly fire or going AFK.

Also, several improvements have been made to the PUBG Mobile Classic Mode and basic feature improvements include new weapons, throwable consumables and victory snaps with the Chicken Dinner statue.Â Other updates also include the new All-Talent Championship titles and regional rankings, Security Zone update and a new Clan Clash mode with six new achievements added to the game for players to unlock.

Nintendo Switch Pro Will Drop This Year, According To This Analyst