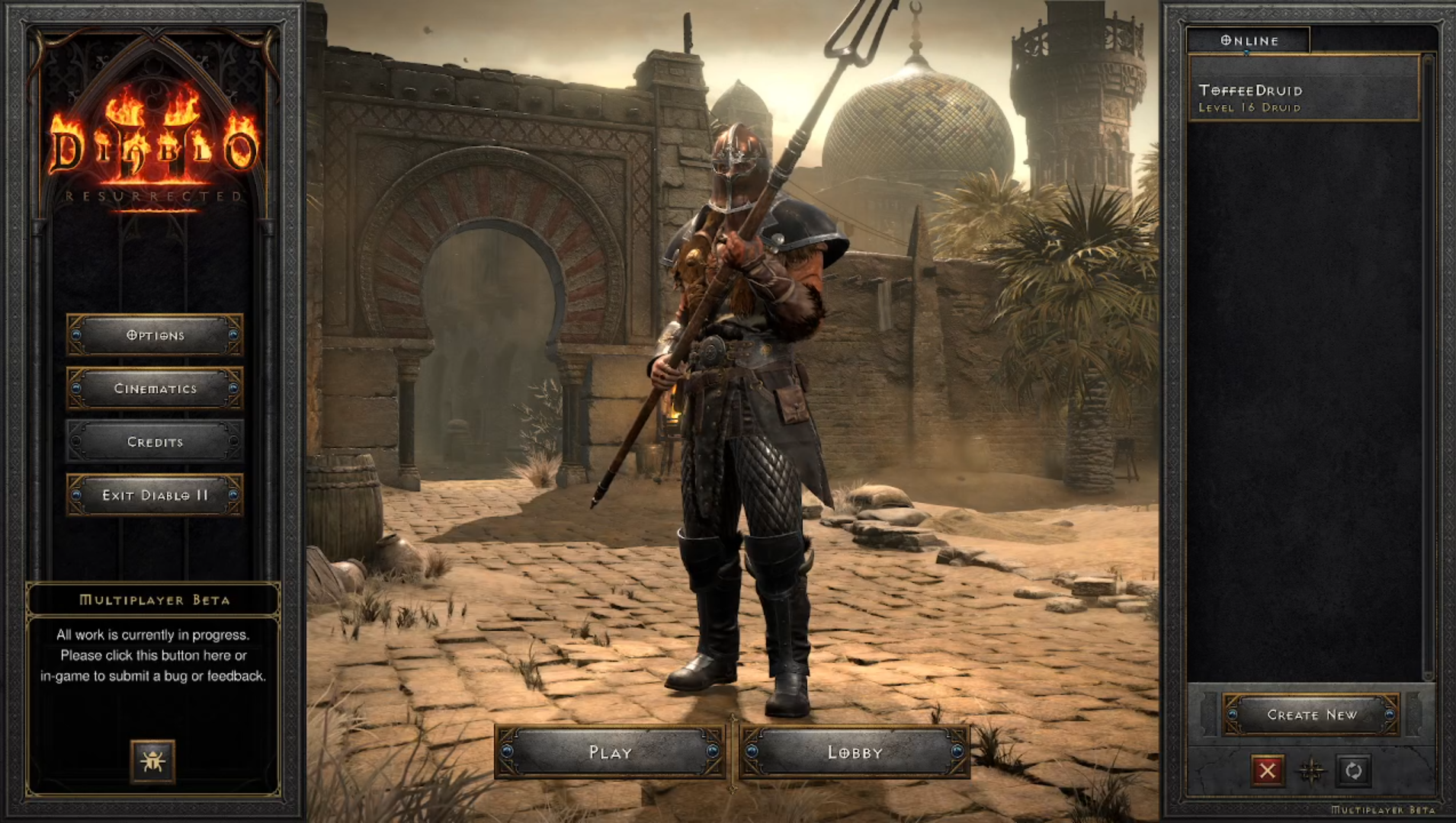 There is no question that Diablo 2 is an action RPG masterpiece, both the base game and the Lord of Destruction expansion pack. So when Blizzard announced a remaster slated for this September, many fans are stoked to return to the days of 2000s action RPGing where newfangled current-gen (and even last gen) quality of life updates and changes in the genre are purposely missing for the sake of recapturing the hardcore action of the era.

10-or-so hours later,the Diablo 2: Resurrected beta is what you expect from a remaster: a lovely coat of paint that doesn’t change much. I’m fine with that, but there’s a major problem which we’ll have to address in a bit.

Everything you loved and hated about Diablo 2 is in here: the many hours of grinding, the need for high-end loot to clear even Normal difficulty, the fact that the regular enemies hit harder than a semi-truck unless you’re packing a lot of health potions and resort to using a pet class, or look up the plethora of guides you can access for a 21-year old game.

If you’re playing Diablo 2: Remastered blind, be prepared for a crash course in late-90s and early 2000s game difficulty. For the rest of us who thought games like Torchlight 3 and even Diablo 3 are way too easy and “for babies”, this remaster will sort your sadomasochistic jollies. Best to bring a friend in the upcoming weekend public beta if you want your fights to be less aggravating and attrition-heavy.

The beta restricts you to just the first two Acts, with five classes to play with: Barbarian, Sorceress, Amazon, Paladin, and Druid. There’s two more in the upcoming full game -Assassin and Necromancer- and these selections will cover all various playstyles from support to full-on damage-dealing tanks to even pet classes; basically the archetypes you can find in recent action RPGs.

You’ll spend hours getting your character up to snuff, then keep replaying each different dungeon to get the loot you want and the equipment you need to take on roadblocks like everybody’s favourite Act 2 Maggot King f*** Duriel. The core gameplay remains untouched, perks and all, though the game does add in some nice updates like the ability to auto-collect gold and to switch between the new and “legacy” graphics on the fly without any loading whatsoever.

The main issue with this remastering so far is the infrastructure and netcode: it’s not up to snuff and is an embarrassing display from the company that thrives on near-perfection.

About 60 percent of the time it’s fine; I’m clearing dungeons with little to no issues. The other 40 percent is filled with lag spikes in unexpected places, unwarranted deaths due to unstable connections, and random disconnects due to server issues. So far, I’ve encountered four of the latter, but generally half of my D2 remaster experience is me trying to fight King Crimson-like effects; I usually end up teleporting ahead or backwards from the path I set out in a dungeon, with none of my past actions registering and my health mysteriously whittled away.

True, I’m playing the beta right now, but it’s only less than a month until the game comes out, and sad to say it doesn’t feel ready to launch. And if this game features Hardcore Mode -where if your character dies, he/she is wiped out forever from the servers- it’s pretty much unplayable with this current server status.

If there is a way to play Diablo 2: Resurrected offline, then that’s fine. As it stands, you need to stay online to play a game that used to have both offline and online characters for you to play on different servers. With Blizzard’s current move of removing LAN gaming options, not to mention the current state of the company, this remaster might look like a title that has good intentions, but is clearly a road leading to gaming hell.

Platinum Game's Next Title May Be An Homage To Ultraman