Electronic Arts have announced that eSoccer Aid for UNICEF, an online FIFA 22 tournament, will be returning for its second year on 30 September 2021 for a star-studded game, with all proceeds donated to UNICEF.

Hosted in partnership with Twitch; Twitch Rivals: eSoccer Aid for UNICEF ft. FIFA 22 will see footballers, celebrities, creators and competitive gamers battling it out in a 2v2 tournament on the eve of the global launch of FIFA 22. The broadcast will be available to view onÂ TwitchÂ and participating names will be announced nearer the time.

The virtual game of football will follow Soccer Aid for UNICEF 2021, the worldâ€™s biggest celebrity football match, due to take place at Etihad Stadium, Manchester on 4 September 2021, and broadcast live on ITV and STV.

As part of the partnership, EA will be donating to UNICEF, whose work has transformed the lives of millions of children all over the world. The donation is part of several initiatives being put in place by EA SPORTS this year to support UNICEF programmes, aimed at giving equal opportunities to every child.

â€œPlaying for England is one of my greatest achievements and itâ€™s amazing to think my debut was 25 years ago. Itâ€™sÂ beenÂ great workingÂ with EA SPORTSÂ and Reuben to co-design a FIFA Ultimate Team kit to celebrate that momentÂ andÂ raise vital funds for UNICEF.â€

This week marks 25 years since Beckham made his England debut vs. Moldova andÂ to further support the partnership with EA SPORTS, David Beckham has co-designed a bespoke FIFA Ultimate Teamâ„¢ (FUT) kit, celebrating this very moment.

The exclusive FUT kit was co-designed with artist Reuben Dangoor and will be available inÂ FIFA 22Â worldwide only via Twitch Rivals: eSoccer Aid for UNICEF ft. FIFA 22.Â FIFA 22Â players will be able to unlock and access the kit by tuning in to the broadcast viaÂ Twitch. 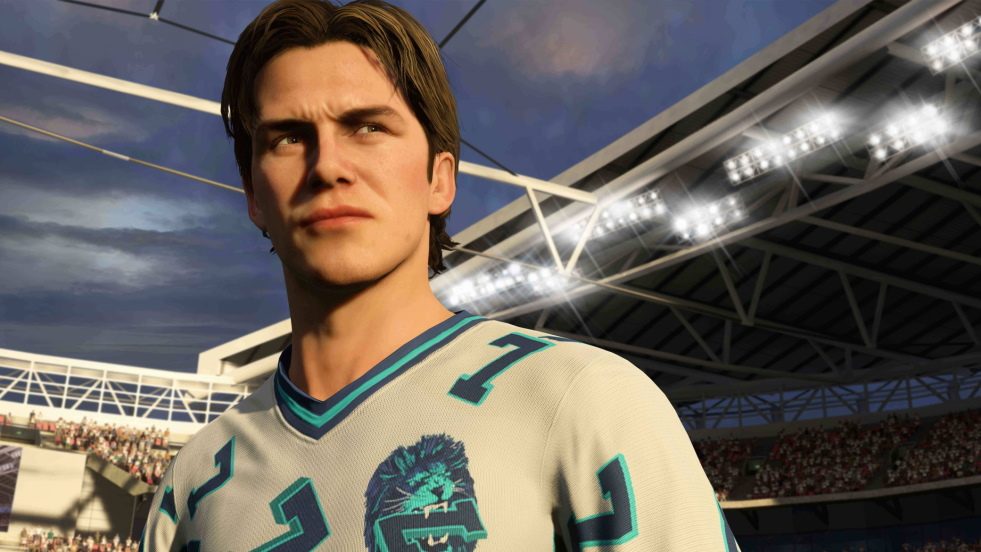 â€œIt was an honour to work with a true icon of English football and help bring this kit to life. We wanted to celebrate his love of the national team by featuring three lions on the kit and it was important to commemorate the number â€˜7â€™, in tribute to the shirt number that is so synonymous with David. Weâ€™re delighted with the design!â€.

â€œOurÂ aimÂ isÂ to bring the world together through play, soÂ we wereÂ delighted to bring back eSoccer Aid forÂ UNICEF forÂ another year and help support such an important initiative. Plus, eSoccer AidÂ for UNICEFÂ provides a great platform for our players to get someÂ early FIFA competitiveÂ training in, whilst helping to raise funds.â€

â€œFIFA 22 isÂ poweredÂ byÂ football, soÂ as weÂ continueÂ to workÂ withÂ one of the most decorated footballers that England has ever produced inÂ David Beckham, weâ€™re committed to doing so in aÂ meaningful andÂ powerful way through ourÂ support ofÂ UNICEF.Â We hope our players enjoy the tournament and love the exclusive FUT kit as much as we all do!â€

â€œWe are thrilled to continue working with EA SPORTS. It was great to partner for the inaugural eSoccer Aid for UNICEF last year and we were grateful to the FIFA community rallying behind us to help raise funds for our cause. This year promises to be bigger and better, with viewers able to unlock the new FUT kit from one of the nationâ€™s greatest ever footballers in David Beckham â€“ so we hope you enjoy and that Team England can make it two wins in a row!â€.

â€œeSoccer Aid for UNICEF was a tremendous success last year and weâ€™re delighted to be working with EA SPORTS again, for FIFA 22. Weâ€™re extremely grateful for the money that we managed to raise in 2020 and the donation that EA SPORTS has already made this year.â€

FIFA players across the globe will have the chance to play as David Beckham following the release ofÂ FIFA 22. For the third year running, a Soccer Aid World XI FC team will be available in the game with Beckham joining the star-studded squad.

The following players will make up the Soccer Aid World XI FC team:

The Soccer Aid World XI FC team is playable in the Kick-Off mode withinÂ FIFA 22Â and features some of the biggest names who have taken part in the celebrity-charity football match.

â€œWe are always looking to spread our message to new audiences, so it has been brilliant to see a Soccer Aid World XI FC in FIFA over the last two editions of the game. Iâ€™m buzzing that David Beckham and Wayne Rooney have joined the fold â€“ so I hope FIFA fans enjoy playing with them too. I canâ€™t wait to get my hands on the game now!â€

FIFA 22Â is developed by EA Vancouver and EA Romania and is available worldwide on 1 October 2021, on PS5, Xbox Series X/S, PC via Origin and Steam, Stadia, PS4 and Xbox One. The FIFA 22 Legacy Edition will be available on Nintendo Switch.

With a few weeks away until August ends, it's time for action RPG fans to cherish a brand new season for the long-standing Blizzard title Diablo 3. Se...

The Disney Plus series Obi-Wan Kenobi has been put on hold and delayed indefinitely after the film crew were told to go home and existing scripts were...