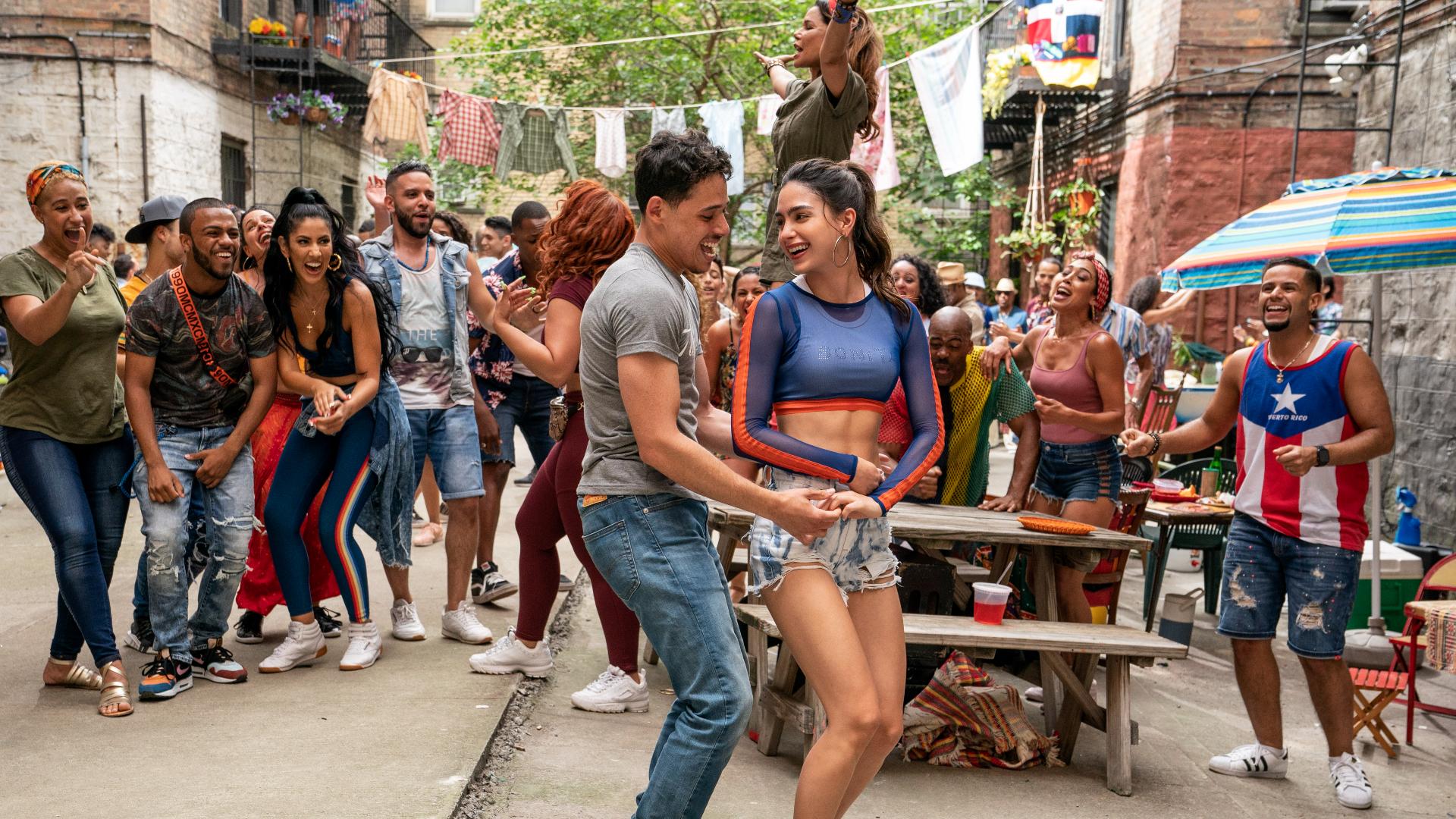 Feel-good musical productionÂ In the HeightsÂ comes toÂ HBO GO on 16 September 2021, bringing together a talented cast that depicts the compelling story of first-generation US Latin immigrants. A fusion of Lin-Manuel Mirandaâ€™s (Hamilton) kinetic music and lyrics, with director Jon M. Chuâ€™s (Crazy Rich Asians) lively and authentic eye for storytelling, it captures a world very much of its place, but universal in its experience.

Anthony Ramos plays Usnavi, who serves as the filmâ€™s narrator and nexus to the intersecting storylines; he is also the nucleus of a chosen family that includes the communityâ€™s de facto Abuela Claudia, played by Tony-winning originator of the role and Broadway veteran Olga Merediz, and his cousin and sole too-smart-for-his-own-good bodega employee, Sonny, played by rising star Gregory Diaz IV.

In the role of Benny, Usnaviâ€™s best friend, is Corey Hawkins, who works as a dispatcher for local car service owner Kevin Rosario, played by the pioneering star of screen and stage, Jimmy Smits, while Bennyâ€™s daughter Nina is played by Leslie Grace.

Together, each of their lives, hopes and dreams present a compelling tale of finding oneâ€™s place in life and redefining what â€˜homeâ€™ means for those who straddle two different cultures.

In the Heights is a musical portrait of a community full of lively numbers as diverse as its cast. The story weaves together an ensemble of characters during one particular summer of seismic change in all of their lives, with much of the action taking place at one intersection central to the neighbourhood.

The songs and dances cover a variety of styles â€” from hip-hop to Latin to pop and musical theatre â€” and this provides ample opportunity to explore the varied influences of the distinct Latin cultures that merge and continue to populate and represent Washington Heights.