It’s been a while since the Marvel Cinematic Universe has released a movie that introduces a brand new hero and his/her/their origins. The last was 2019’s Captain Marvel. All of the rest since then has focused on existing characters, especially in the lead-up to 2019’s Avengers Endgame and the immediate aftermath. How is the first time foray of Marvel’s iconic Master Of Kung Fu?

Everybody Was Kung Fu Fighting

It can’t be understated how important Shang-Chi is as the first MCU movie with an Asian lead. Simu Liu is great as Shang-Chi and the rest of the cast (most of whom are also Asian) perform well. The highlight is unsurprisingly the legendary Tony Leung as Wenwu AKA the true Mandarin we’ve been waiting for since 2013’s Iron Man 3.

The relationship between Shang-Chi and Wenwu forms the crux of the emotional core in the movie. The focus is rightly on them throughout the movie, as we explore not only the origins of Shang-Chi, but his father, Wenwu, as well. In fact, I believe Wenwu might be one of the best villains in the Marvel Cinematic Universe.

He’s not one-dimensional, and is similar to the likes of Tom Hiddleston’s Loki or Michael B. Jordan’s Erik Killmonger in that he’s a sympathetic and complex antagonist. Not only can Tony Leung fight well, but he is easily the most standout performance of the film. 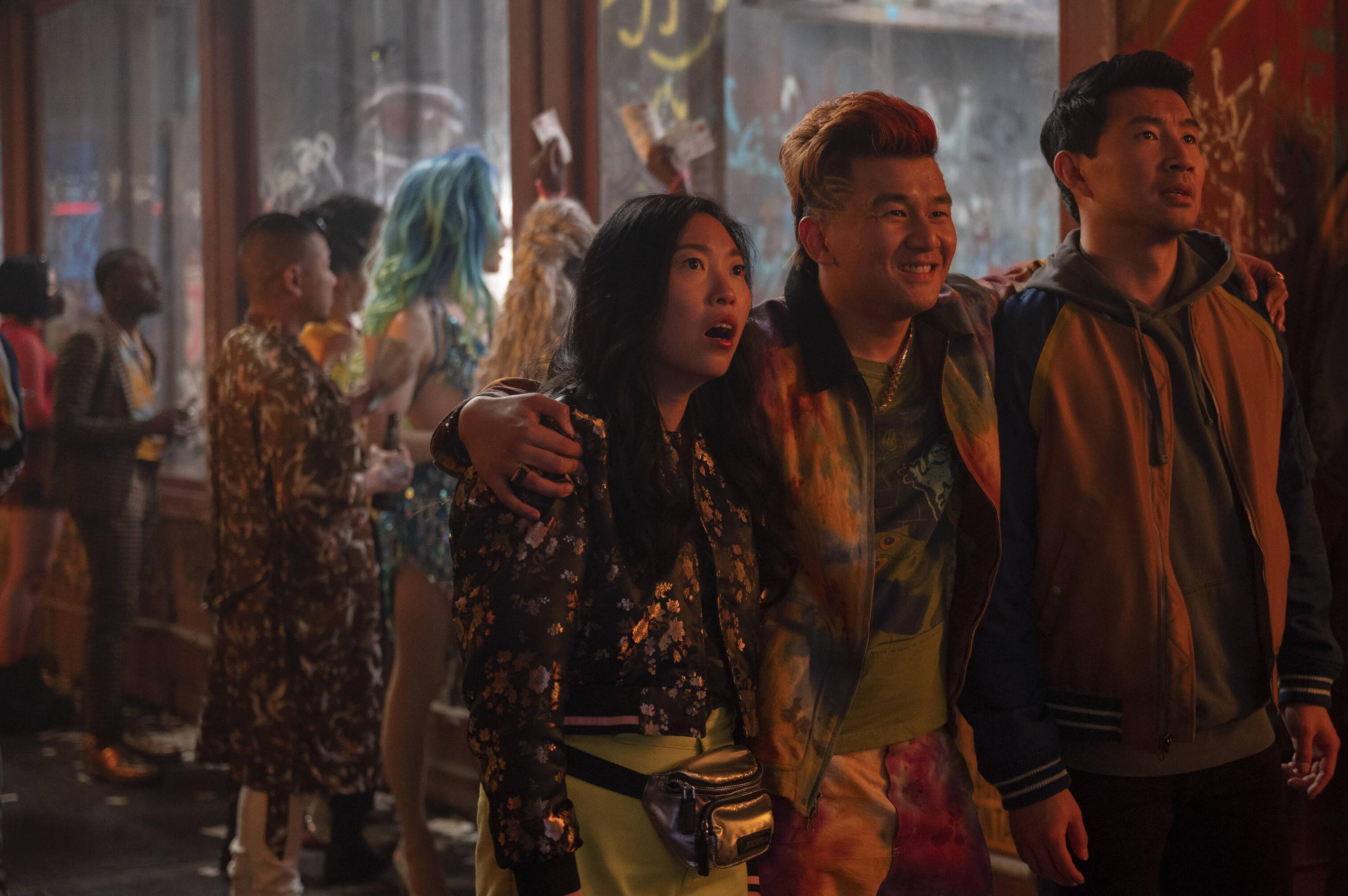 At its heart, the story of Shang-Chi And The Legend Of The Ten Rings centres around grief (love persevering) and how different people handle it and are changed by it for better or worst. With the movie set in a post-Blip (Thanos’ Snap) world, grief is a common and recurring theme in many of the MCU’s recent movies or Disney+ TV series.

The fighting choreography in Shang-Chi And The Legend Of The Ten Rings distinguishes it from all other movies in the MCU thus far, featuring the franchise’s best action scenes to date.

There’s a little bit of flavour and inspiration from Jackie Chan, Donnie Yen and Chinese wushu movies in the way that the characters fight. If anything, Shang-Chi And The Legend Of The Ten Rings is worth watching for its fighting sequences alone, especially if you’re a martial arts or action movie buff.

These action scenes are often thrilling, exhilarating and sometimes even shot in a dynamic way. This movie definitely delivers what we’ve always wanted to see in the MCU ever since the disappointing Netflix’s Iron Fist TV series failed to fulfil its own potential in that regard. The MCU’s first Asian hero can certainly kick ass with the best of them, and it’s wonderful to see.

Most of the movie’s plot is formulaic and predictable, with several flashbacks to Shang-Chi and Wenwu’s past. The movie is burdened with having to a lot of exposition toward establishing the true Ten Rings organization and other the background of several major characters, which is why certain supporting characters like Michelle Yeoh’s Ying Nan and even Shang-Chi’s sister, Xi Xialing (Meng’er Zhang) get the short stick in terms of development.

Several characters like Awkwafina’s Katy, Ben Kingsley’s Trevor Slattery and even Benedict Wong’s Wong are mostly there to do most of the heavy lifting on comic relief and humour. Thankfully, they do a good job, especially Kingsley’s Trevor Slattery. Kudos to Marvel for turning a characters fan love to hate into a funny and somewhat likeable buffoon.

Unfortunately, the third act of this movie suffers from many of the same problems as other MCU movies. It’s a messy and flashy CGI-fest as we’ve come to expect from most superhero movies. However, there are great moments of fighting choreography to be enjoyed here, especially in the climactic confrontation between Shang-Chi and Wenwu.

A New Hero Is In Town

Without going into spoilers, Shang-Chi And The Legend Of The Ten Rings is self-contained and mostly carves its own space in the Marvel Cinematic Universe, thereby opening and expanding the MCU even further. Don’t worry, the movie definitely explains away the fake ‘Mandarin’ from 2013’s Iron Man 3, and sets up even more future lore to chew into.

Shang-Chi And The Legend Of The Ten Rings is a welcome addition to the MCU, and I’m sure many fans won’t want to miss the debut of its latest hero. The fighting scenes alone are definitely worth the price of heading out in the new normal we’re facing today.

P.S.: Don’t forget to stay until the very end for the movie’s TWO post-credits scenes.

We attended a press screener of Shang-Chi And The Legend Of The Ten Rings courtesy of The Walt Disney Company Malaysia.

Shang-Chi And The Legend Of The Ten Rings is slated to premiere on 30 September 2021 in Malaysian cinemas.

Netflix's Alice In Borderland has been renewed for a second season only two weeks after its premiere on 10 December 2020. Since its premiere, the liv...

Jared Leto will reprise his role as the Joker from 2016's Suicide Squad in the upcoming Justice League Snyder Cut, or Zack Snyder's Justice League. ...