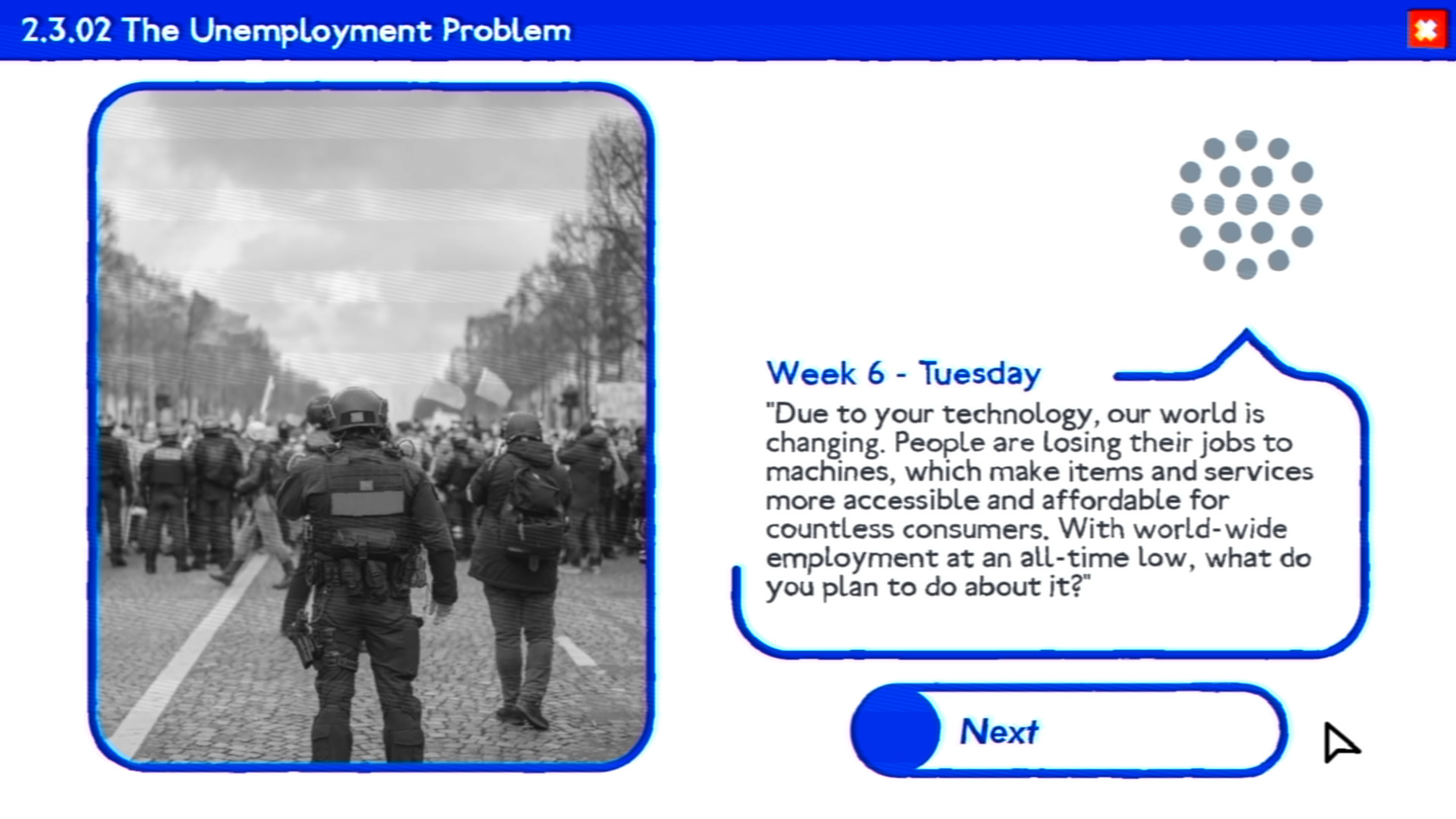 The Trolley Problem is a timeless moral question where you choose to either flip the switch or not to save 5 people while sacrificing just 1. Or vice versa. It’s essentially a dilemma where you decide whether the needs of many outweigh the needs of a few, a paraphrased quote from that one sci-fi series that’s currently being butchered by CBS.

So to my surprise, someone made a game where all its problems and choice-making all ties in to the Trolley Problem concept. The game itself is titled Trolley Problem Inc., and you play an employee going through a huge number of probable scenarios involving vaccine distribution, assassinations, and political/corporate machinations. No matter how you put it, people will die or get screwed over by whichever solution you pick. It’s just a matter of whether it’s for the greater good or for your own gain somehow, either morally or physically.

As a narrative-driven game with appropriately moody music and simple-yet-effective aesthetics, Trolley Problem Inc. does  a great job in making you feel bad and challenge your way of thinking from start to finish. I won’t say more since this game only works if you go in blind, but the narrated VO from Jan Ravens (Dead Ringers) makes the experience all the more impactful and charming in its twisted way. Jan’s VO adds a ton of much-needed dry wit and humour to a bleak set of problem-solving. The fact that it’s made by the producer of Gang Beats also adds credibility to the game’s absurdity that dares to bring up heart-wrenching scenarios.

Of course, a game like this is meant to come off as basic since this is more or less a visual novel that only works from a story standpoint. The only thing you’re doing mechanically is just picking between two answers while the clock’s ticking. There are about 55 questions, each more ludicrous and damning than the last, with some of them tying it to past choices you make.

It’s not the most complex game from a design standpoint, but it’s definitely the most thought-provoking one of these choose-your-own-adventure type indie titles this year. You’re going to remember a ton of the decisions and the answers you put out in this here adventure. And you can do it with friends via its co-op mode, so you can share the blame.

I'm Not Feeling The New Devil May Cry 5 Gameplay Footage; Find Out Why