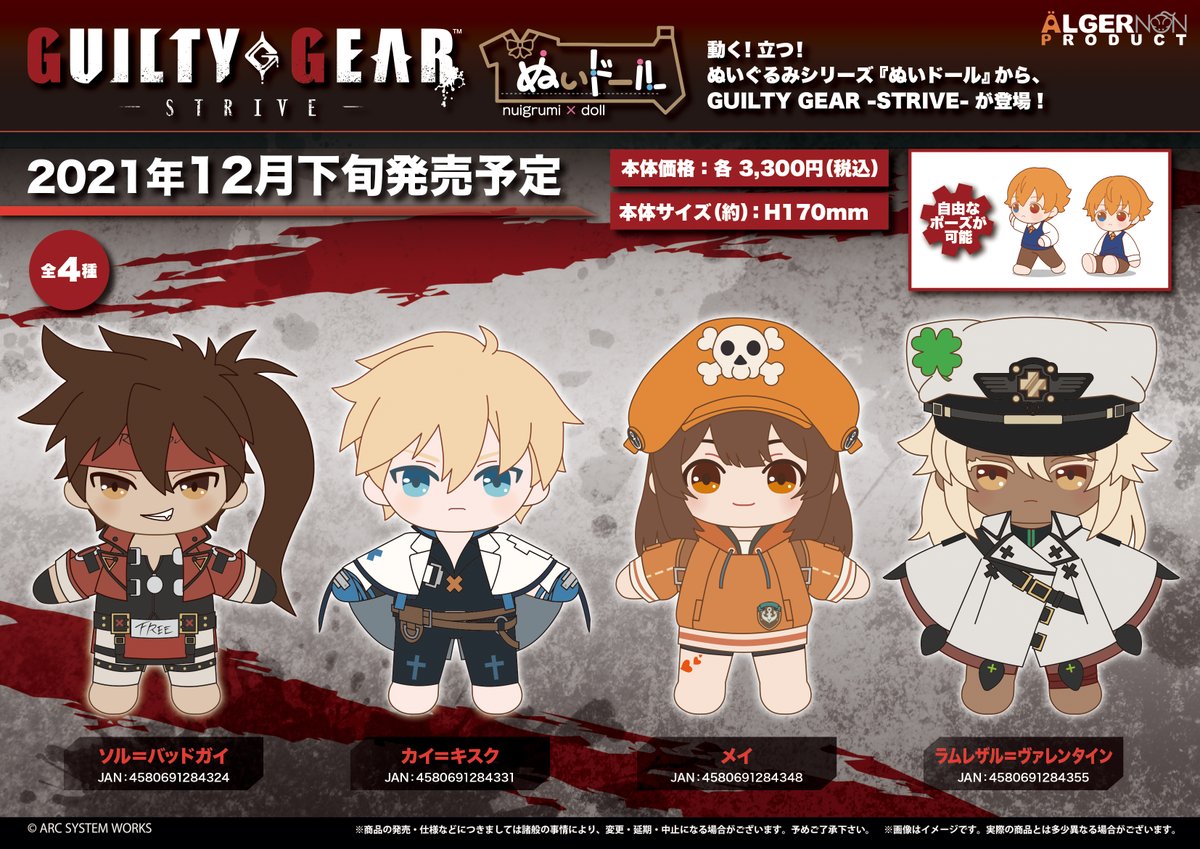 Ever wanted to cuddle up with Guilty Gear’s Sol Badguy just like Jack-O does off-screen? Or how about with dolphin enthusiast May when Johnny isn’t looking? Welp, you can sorta do that with this upcoming official merchandise.

Animate’s online shop is offering official Guilty Gear Strive plushies based on the following characters from the hit fighting game: Sol Badguy, Ky Kiske, May, and Ramlethal. You can pre-order them for 3,300 yen/US$33+/RM130+ each, since they’re only scheduled for shipping in late December 2021.

For now, you can gawk at how they’ll look like via the concept art below. Hopefully the actual photos of these cuties turn out spiffy.

[Report] New Forza Game Leaked; It's Not What We're Expecting

This Is How The Night King Would've Looked Like