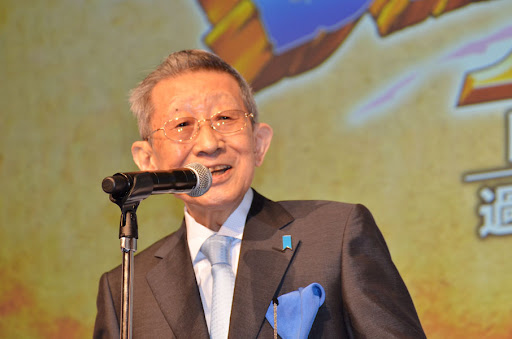 Dragon Quest series composer, Koichi Sugiyama, passed away on 30th September due to septic shock. He was 90 years old.

Sugiyama was the oldest video game composer to ever be around the scene since he had composed more than 500 songs for the Dragon Quest series starting back in 1986. His last musical contribution was for the upcoming Dragon Quest XII: The Flames of Fate.

“I would like to take this opportunity to offer my deepest sympathy to Koichi Sugiyamaâ€™s friends and loved ones. Words cannot express the scale of the contribution made by Koichi Sugiyama from the birth of the DRAGON QUEST series until now. I remember seeing him conduct the orchestra in a DRAGON QUEST concert as if it were yesterday.”

Sugiyama was also a controversial figure; he was a public denier of the Nanking Massacre, and also downplayed the role “comfort” women”/sex slaves played in the Japanese war effort. He also said that there was no need to have LGBT education in Japanese schools and dismissed concerns about high suicide rates among the community, though later he backed out of that stance.

Rest in peace, Sugiyama. Thankfully, we have music composers like Hayato Matsuo who is basically Sugiyama’s “heir” in making Dragon Quest music to carry on his legacy.

Avengers Endgame Sinks The Titanic, On Its Way To Conquering Pandora