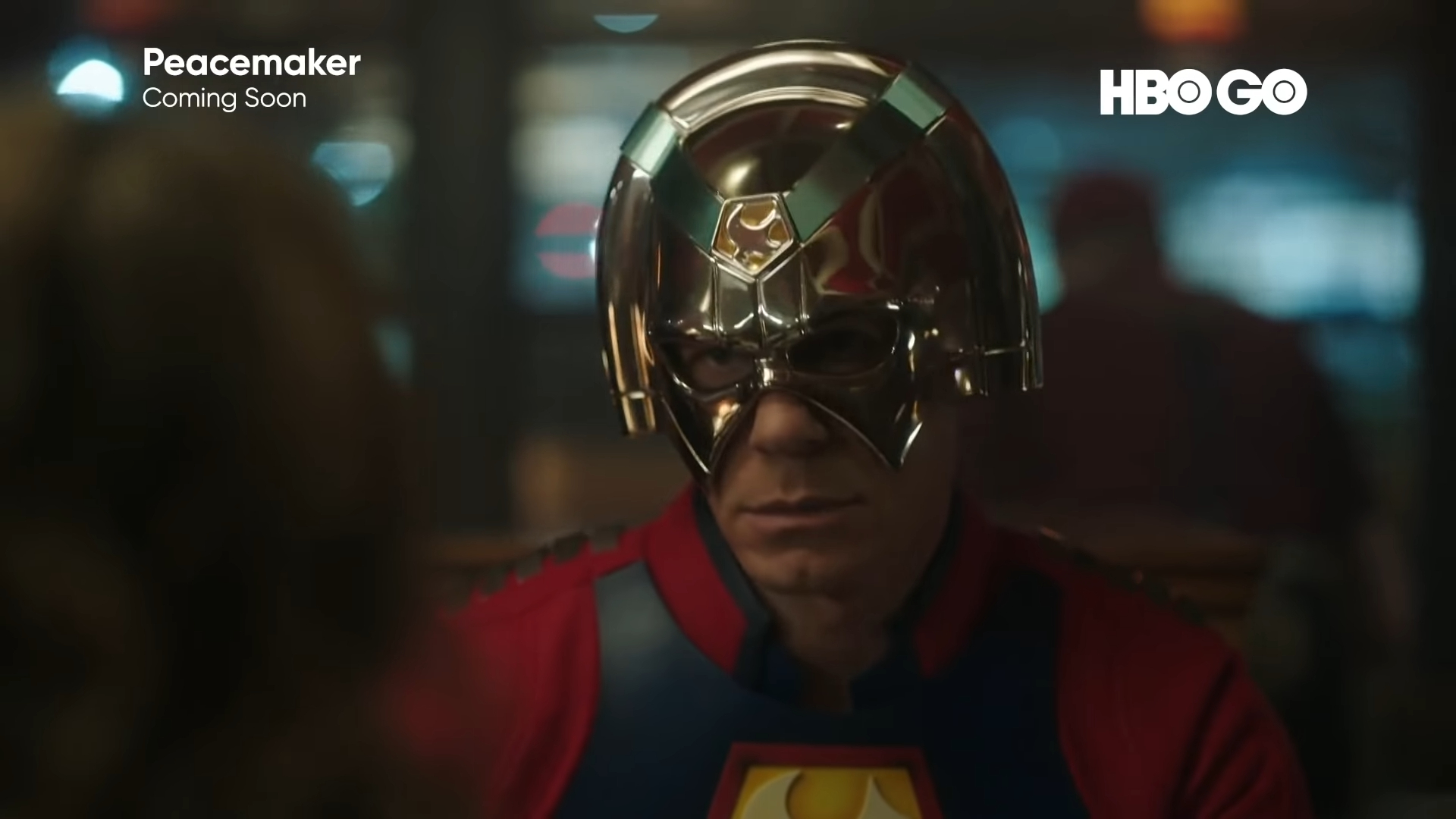 In the footage, the titular hero steps out of a car with a custom license plate that reads, â€œPSS-MKR.â€ He then meets the rest of the cast at a restaurant for dinner. Peacemaker is asked why exactly heâ€™s wearing his costume to dinner, to which he replies that itâ€™s not a costume, itâ€™s â€œa uniform.â€

They all then proceed to make fun of him.

PeacemakerÂ will explore the origins of the character that John Cena first portrayed in James Gunn’s 2021 film,Â The Suicide SquadÂ â€“ a compellingly vainglorious man who believes in peace at any cost, no matter how many people he has to kill to get it.Â Watch John Cena as Peacemaker inÂ The Suicide SquadÂ onÂ HBO GO.