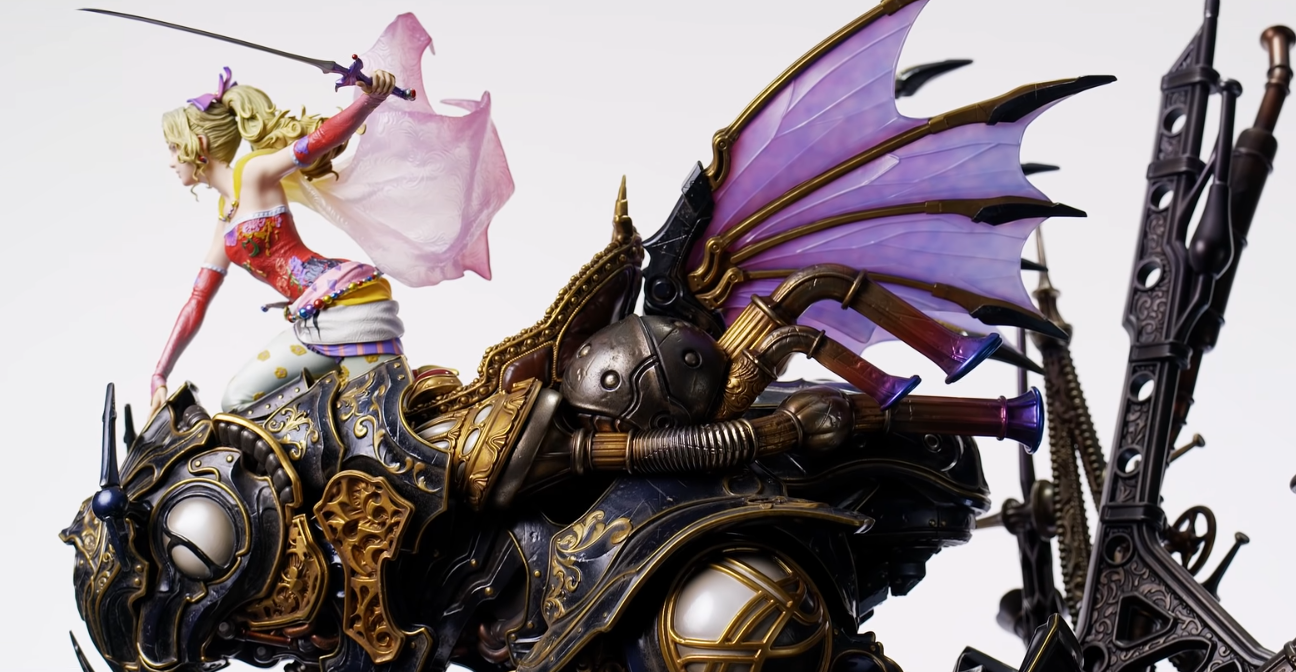 Square Enix just announced a doozy in its company figure-making and toy-crafting line.

The company will be releasing a new Square Enix Masterline Final Fantasy VI 1/6 scale figure of main heroine Terra riding her Magitek Armor at the start of the game. The figure comes with a cute Moogle figure too.

This ensemble is courtesy of Prime1Studio, a renowned figure production group that has quite a detailed portfolio. If it’s anything like Square Enix’s previous Masterline figures, it will cost you US$3,399 or more. It’s expensive, yes, but it will improve your geek cred over 9,999.Â Check out the 1/6 figure in all of its Esper-laced glory below.